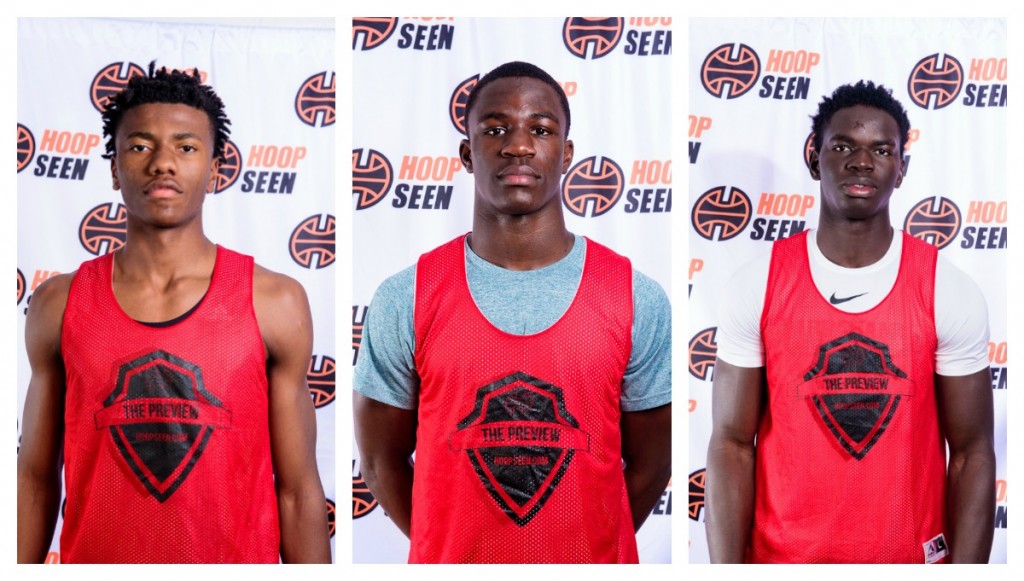 Devin Evans, SF, 6-6, Duluth, 2019: His coach spoke highly of his “relentless effort” and played consistently tough. He has a solid midrange game and attacked the rim with fervor. The long wing forward has always been an intriguing player because of his size and length. He could be in store for a big year ahead with Duluth. Evans showed us flashes of good things to come at the Fall Preview. He could be a nice late addition for a program and a steal at that. - Justin Young

Sion James, G, 6-4, Lanier High School, 2020: Watching a player with Sion James’s size and athleticism is truly amazing as you watch him wiggle and weave through several different defenders. There was no stopping him in transition, as a controlled burst of speed would make people in front of him second guess cutting him off. After all, trying to contain a player that’s a strong downhill driver at 6’4 is no easy task. One of Sion James best attributes is that he’s capable of putting defenses in a quandary. Collapse on his drives, and his size, willing nature and feel for passing can lead to a high assist total. Let him play on one on and watch him bully past defenders on his way to a simple finish. Good luck to the Division 1 defenses that have to game plan for him years from now. - Tai Young

Ibrahima Jarjou, PF/C, 6-8, Holy Spirit Prep, 2019: The big fella went to work for his team in every game at our Fall Preview. Jarjou grabbed everything off the rim and either started the break or slammed it home. In his game four, Jarjou finished with 10 points, seven boards, and four blocks. He had another nice outing in game six with 20 points, seven rebounds, and five swats. Playing for Holy Spirit Prep in his senior season, Jarjou definitely passes the eye test and should start getting more looks. For now, Indiana State has offered him. - Bre Singleton

Brenden Tucker, SG, 6-3, Dacula, 2019:  The College of Charleston commit has a special gift - his explosion to the rim is next level. He plays with an edge and loves to go into attack mode any chance he gets. He’s the complete combo guard that can score in bunches. - Justin Young