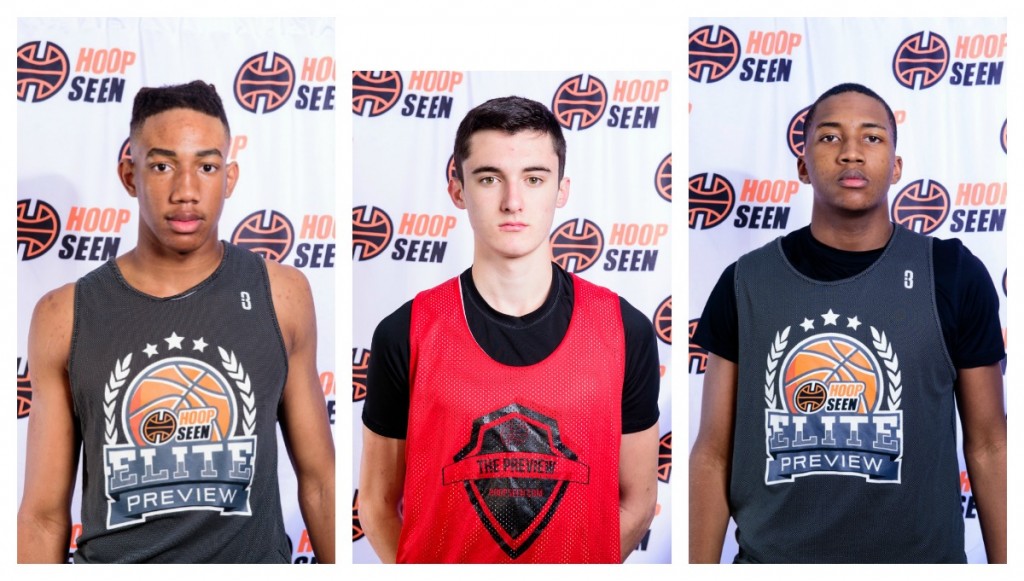 Dajon Dancil, PG, 6-3, SW Dekalb, 2020: He was, without a doubt in my mind, the biggest stage stealer in the camp. He owned the opportunity to shine against next level talent. Dancil was one of the best guards I saw in camp. He was outstanding. Dancil has a competitive fire that will serve him well in high school and beyond. He plays with great energy and communicates well - something that we emphasized all day at camp. He’s an explosive leaper and can finish with either hand at the rim. He could become a tremendous lock down defender. Love his length and upside. So much to like with him.  - Justin Young

Matthew Davis, G, 6-6, Northview, 2020: Sometimes you have to put things out into the universe to look back on it years later to see if it sticks. Matthew Davis is a prospect that if he goes to the right place, could potentially break a few shooting records from that programs record books. His misses were so few and far between that it almost felt like a mistake when he missed. Catch and shoot attempts, mixed in with some 1-2 dribble pull-ups made Davis a tough cover for most. Every shot was high arching, with a tight spiral that allowed you to watch the laces. Down the line, as he develops his strength and defensive ability, a well-rounded prospect is sure to make waves at the next level. Several schools have inquired, but curiously enough, none have offered. Players like this make me miss coaching for the sole reason of having a scholarship to offer. Matthew Davis will one day force schools into a heavy recruiting battle.  - Tai Young

Ebenezer Dowuona, C, 6-9, The Heritage School, 2020: Defensively, we know what we are going to get with him every game out. He’s a shot-blocker and a vertical defender. But it is his offense that continues to grow. Dowuona has a nice touch as a paint scorer. He can finish around the rim. As he improves his lateral quickness, he will grow as a help side defender. - Justin Young

James Glisson, PF, 6-6, SW Dekalb, 2019: Glisson had a great outing at our Fall Preview. He doesn’t have the look, but Glisson is one of the best vertical athletes in the class of 2019. If there was a chance to dunk the ball, he took it. Whether it be on the break or back to the basket, the big man threw every bucket down with emphasis. Presbyterian and Wofford have taken notice and offered the rising senior already. He’s due for a big season and ought to be on the receiving end of a lot of assists from teammates like Kadarius Johnson who was also in the building. - Bre Singleton

Tay Watson, PF, 6-6, Newnan, 2019: I thought he was the best big man in the camp on Sunday. The sleeper forward shined throughout the day. He ran the floor like a deer, always wanted to play above the rim but didn’t overdo it. He picked his spots to use his explosiveness. His extra gear may be his best trait. He could be the most sought-after big man in the Peach State after this weekend’s showing. Watson played the role of talented mid-major big man. A visit to Newnan High School is warranted. Don’t be surprised to see him make a big jump with recruiters.  - Justin Young