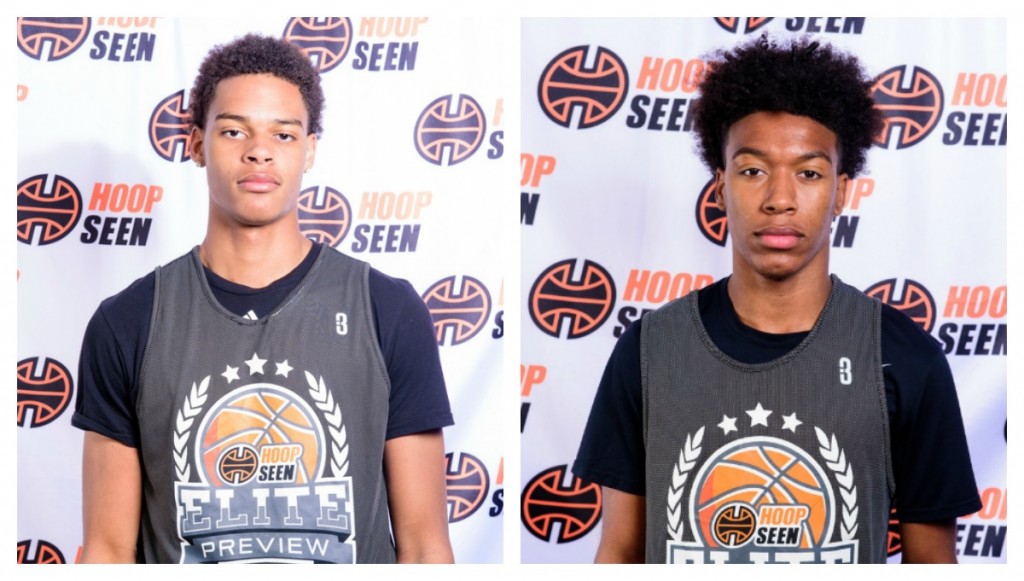 We had a full camp on Sunday for the 2018 Georgia Fall Preview. Each team was balanced with talent, size and grade levels. We begin our team by team evaluations today. Meet Team 1.

Mark Alston, PG, 5-9, Forest Park, 2019: The lefty showed off a nice feel to the game. His shot selection is mature and he’s a nice passer. He got the rim with regularity. - Justin Young

Jaeyln Anderson, PG, 6-1, Forest Park, 2020: This strong-bodied guard is a relentless attacker that knows how to get to the rim. His strength and athleticism is deceptive yet effective as he absorb contact from oncoming defenders. Dribbles in crowds is something to limit in his game going forward but the times it worked he was hard to contain. In an uptempo game it will be hard to see Anderson not having success. - Tai Young

KJ Choates, F, 6-4, Duluth, 2019: Several times in transition the ball wound up in KJ Choates hands and he made the most of it. Hard and wide runs out on the perimeter allowed him to get ahead of the defense and turn turovers into layups at the other end. His play off the ball allowed several ball dominant guards to find their footing as he cleaned up what was left. Some nice euros, and hop steps in transition made for eye opening plays. - Tai Young

Orry Clements-Owens, PG, 5-11, Marietta, 2019 (pictured right): A slow start didn’t stop Marietta guard Orry Clements-Owens from putting together a solid day. Despite his shot not dropping early on, Owens utilized a quick first step to shift gears from an outside shooter to a paint toucher. His shooting didn’t affect his decision making as he took wide open shots and routinely made pitch ahead passes. - Tai Young

Jonathan Gernatt, SG, 6-4. Harrison, 2020: He hit a good number of three-pointers on the day and emptied his tank with fervent effort. - Justin Young

Ja’Queze Kirby, F, 6-6, Jeff Davis, 2020: Motor, motor, motor. It’s the perfect word used to describe Jeff Davis forward Ja’Queze Kirby. Blocked shots, above the rim rebounds and aggressive defense are all things that justify the attention this combo forward has received thus far. Offensively there’s been some work put into his long range shooting as he was able to knock some in from the corners. Kirby’s play on both ends made him one of the best two way players in the gym. - Tai Young

Jesse Scott, PG, 5-10, Central Gwinnett, 2020: Despite the size of this Central Gwinnett guard, Jesse Scott somehow found himself constantly finishing amongst the trees in the paint. It’s hard not to admire how hard he plays when often times he wasn’t the recipient of very many assists. Every point that Scott had on the court was well earned. - Tai Young

Andrew Thomas, PF, 6-6, Campbell, 2020 (pictured left): His floor stretching ability is obvious as this 6’6 big man from Campbell showed off a smooth stroke. Thomas even did what few big’s would and thats dive on the floor for a loose ball during a possession that didn’t have a major influence on the game. When crowded in the post he made on point passes to spotters and cutters, showing a good feel for the game. With the size and upside that Thomas possess, he will be a good fit for Division 1 programs that are looking for a skilled high post threat. - Tai Young

Devin Wiggins, PG, 5-10, Douglas County, 2022: The guard absorbs contact well when he attacks the rim. He got into the passing lane as a defender. Wiggins is aggressive on the boards. He’s a nice passer in transition. - Justin Young