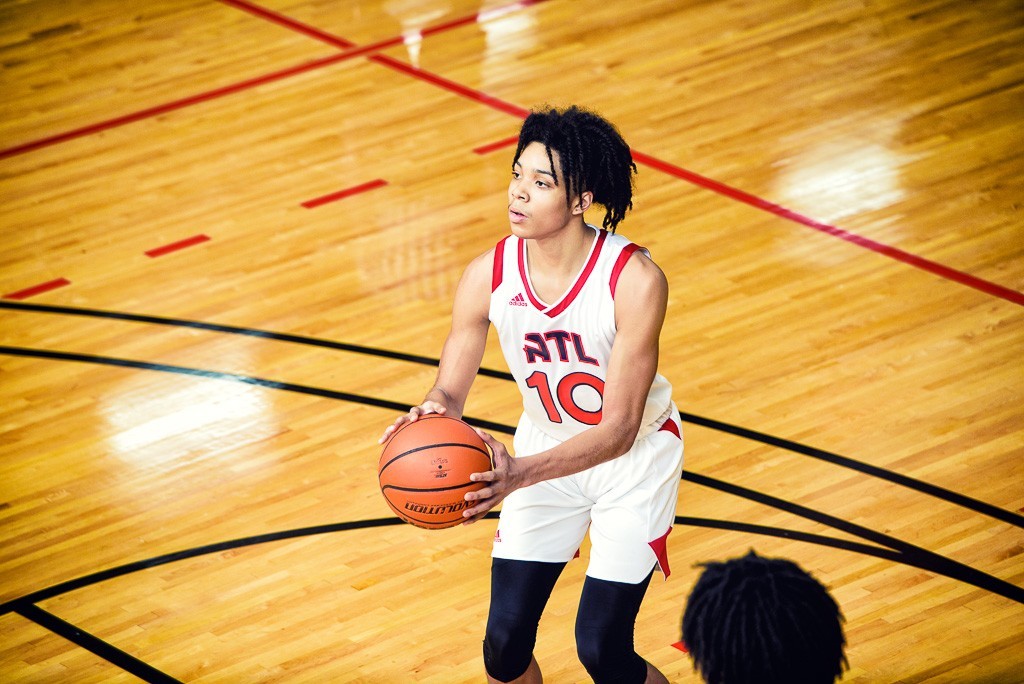 With the Georgia Cup now in the history books, Justin Young looks back on the season and uploads his notepad.

TOP DOG I SAW IN THE GEORGIA CUP THIS SEASON

2020 CG Caleb Murphy (pictured above) with the Atlanta Playmakers. He jumped off the pages right away with his play back in March at the Georgia Cup I circuit stop. The 6-foot-3 combo guard started the season strong and didn’t let up. He returned for the Georgia Cup Finals and put a cap on what has a terrific overall Cup season. He’s one of the more impressive guards I’ve seen in Georgia’s 2020 class and could be in store for a big year at Norcross in the fall/winter.

Anthony Hardy, Jr. of TNBC’s 16 and under team was one of the best scorers from all of the Cup events this season. You’ve read about him plenty here on HoopSeen and you’ll certainly hear more about him moving forward. He’s cut his teeth on the Cup stage and has proven himself as one of the premier scorers in Georgia’s 2020 class. Could he be an all-state level player at Lithia Springs High School and a Division I prospect? You better believe it. He’s proved such on the Cup platform.

Donnell Nixon and Grant Van Beveren of SBC’s 17U team was the circuit’s version of Stockton and Malone. Nixon is the consummate point guard, who can shine as a pick and roll point guard or someone who can take the game over with scoring. GVB is a brute on the low blocks and consistently beat up defenders with his non-stop motor. Collectively, the two were outstanding as a 1-2 punch on the 17U level at the Georgia Cup. They were both no-brainer selections for our All-Georgia Cup team this season.

Devin McGlockton of Atlanta TapOut was an eye-catcher this season. The 6-foot-8 big man helped his squad rack up an 11-0 record on the cup, including a pair of championships. The class of 2021 prospect was one of the most accomplished big men in the circuit this season.

DJ Potts-Heard was a trending player all season long on our 14 and under division. The Cherokee Legacy guard is one of the top scorers in Georgia’s 2022 class and one of the top point producers here on the Georgia Cup circuit. Seeing him in action

The South Fulton Lions shifted their successes on the hardwood at the Georgia Cup to the elite stage. Guards Demarcus Johnson and Ricky Knight were as fun as any 1-2 punch that I saw in the backcourt in our Georgia Cup series.

The depth of talent from Cherokee County stood out this season at the Georgia Cup. There were a number of teams from Canton, Woodstock and the NW Atlanta suburb county that jumped off the page to me this season.

The Deep South Blue Devils 8-2 and runner up in two Georgia Cup events in the 14U division. They were a fun, disciplined team to watch. The Cherokee Spurs went 6-0 and claimed the title of Georgia Cup III champs. Cherokee Legacy went 8-5 and made a strong impression this season, too.

The Georgia State Warriors Black 13U team went 14-2 on the season and claimed trophies at Georgia Cup I and III, winning both events.