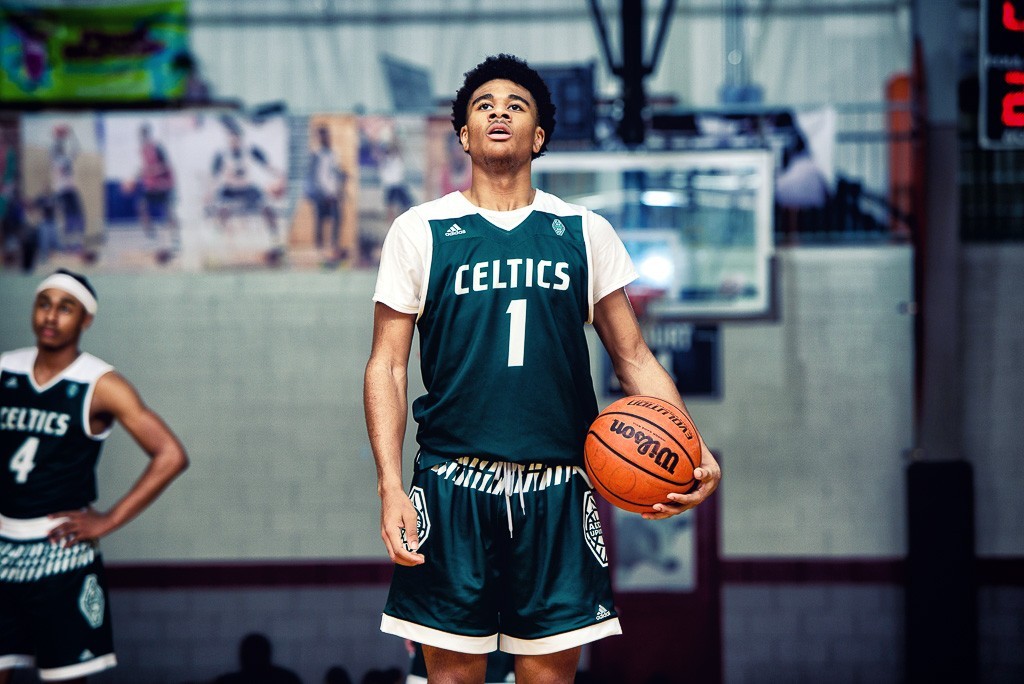 SUWANEE, GA - The action turned up on Saturday at the Bob Gibbons Tournament of Champions and we have a lot to go through.

Chase Hunter, Atlanta Xpress, 2019: If anyone has been trending here at the Bob Gibbons Tournament of Champions, it has been Hunter. The 6-foot-3, 190-pound guard has been terrific as a scorer. He’s one of the top athletic guards in the field and has done a good job of finding ways to be a major point producer here. Hunter has played the role of high-major guard from tip to finish. Just a terrific showing for the class of 2019 guard.

Jaxon Etter, Atlanta All-Stars, 2019: All of the cylinders are clicking for the All-Stars right now thanks in largo part to the play of Etter. He’s been a terrific shooter that can play tough on both ends of the floor. He handles the rock well and playing great basketball in every facet. He’s as complete of a basketball there is at the TOC.

Jalyn McCreary, Game Elite, 2019: What a weekend he’s had here at the TOC. This is the best I’ve seen from him since he shined at out Fall Preview camp two years. The strong 6-foot-7 forward is a transition monster with bounce, strength and size. If this were a live period event, he would end the day with a half dozen high-major offers. McCreary is trending here at the TOC and earning his praise with every highlight play he makes.

Brendan Tucker, Atlanta Celtics, 2019 (pictured above): He’s entertaining. There’s no doubt about that. Tucker is a high-flying wing that loves to attack the rim with all of his explosion. The top 100 national guard has racked up a couple of 20-point outings and draws a crowd each time he steps on the floor.

One of the great things about the Bob Gibbons Tournament of Champions is watching players take full advantage of the stage provided to grow their game and their profile. A number of guys did just that on Saturday. Here’s a look at some of my top sleepers.

Talon Cooper, Upward Stars Upstate, 2019: The 6-foot-3 guard is one of several players on a hard-working squad that busted up a 17U bracket on Saturday afternoon. Cooper was terrific in his team’s win over Under Armour’s Atlanta Xpress. He’s talented at all three-levels and played the role of a guy who is ready to see his recruitment move from interest to offers. He’s being looked at by a number of good mid-majors, including an offer from Florida International and interest from Wofford, Radford, Army and Presbyterian.

Donatvius King, Team EAT, 2019: The 6-foot-7 big man is an eye-catcher because of his big frame, toughness in the paint, and scoring touch. King scored 28 points in an afternoon win. He was an all-state player at Dutchtown (GA) HS this season and has played well here at the TOC. King said he has picked up offers from Charleston and SC State while Murray State, Florida Gulf Coast and Georgia State have shown interest.

Sam Hines, Game Elite 16U, 2020: The forward has been terrific this weekend, playing up an age division. Hines is athletic and active and productive. He’s a physical high-flyer and can play both forward positions. Hines continues to grow as a guy to watch moving forward into the summer.

The Team Winston duo of Zackary Austin and Miles Jones are an interesting pair. Austin, a 6-foot-7 forward from Winston Salem Prep (NC), and Jones, a 6-foot-7 wing from Radford (VA), are both long and versatile. The two played well on Saturday in various match-ups and cemented themselves as legitimate Division I prospects. Really nice showing from them here at the TOC.

The North Atlanta Orangemen duo of Kendall Lewis and Joseph Jones have opened some eyes with their play. Lewis is a versatile and high-energy wing forward that can plays all over the floor. Jones is as fast of a guard there is in the field.

Ricky Knight, Jr. drilled a corner three-pointer at the buzzer to help the South Fulton Lions beat Team Power in a lively 8 a.m. game on Saturday morning and advanced in the winner’s bracket. Knight, a 2019 prospect from Fayette County (GA), has been one of the better shooters at our events this year. He said he’s recently heard from Catawba and Tampa.

Love the way Atlanta All-Stars Brady Spence defends the rim. The 6-foot-8 forward is one of the best shot-blockers in the tournament.

I’m going to keep writing this until I see his recruitment take more life - 2019 Rebels SG Javonte LeCounte is a player that could prove a low-major school really smart. He’s a big (6-5) scorer that can really shoot. He had a 27-point game this morning.

Julius Dixon of EAB is going to be a heck of a score for a non-major school. Love his game. The 6-foot-7 forward can really shoot for his size and is a match-up problem.

Trenton Stephney of EOTO (TN) has impressed with his play here at the event. He’s a heady guard with great size (6-2).

Atlanta All-Stars forward Jayvion Rucker has impressed this spring as a three and D guy. The long 6-foot-6 forward has caught the attention of recruiters, too. He said he’s hearing from Wofford, Furman, Radford, Jacksonville and Army. Rucker has already taken an unofficial visit to Wofford.

Malachi Rhodes of Game Elite has enjoyed a nice weekend of work. The 6-foot-7 forward has been a popular post player for non-major schools. He recently picked up an offer from Central Connecticut State. He also has offers from Florida Gulf Coast and Florida International. Rice, Murray State, Lipscomb, Chattanooga, Winthrop and Princeton are interested.

Team Charlotte 2019 prospect T.J. Bickerstaff said he has picked up offers from Georgetown, Bucknell and Charlotte since the April recruiting live period.