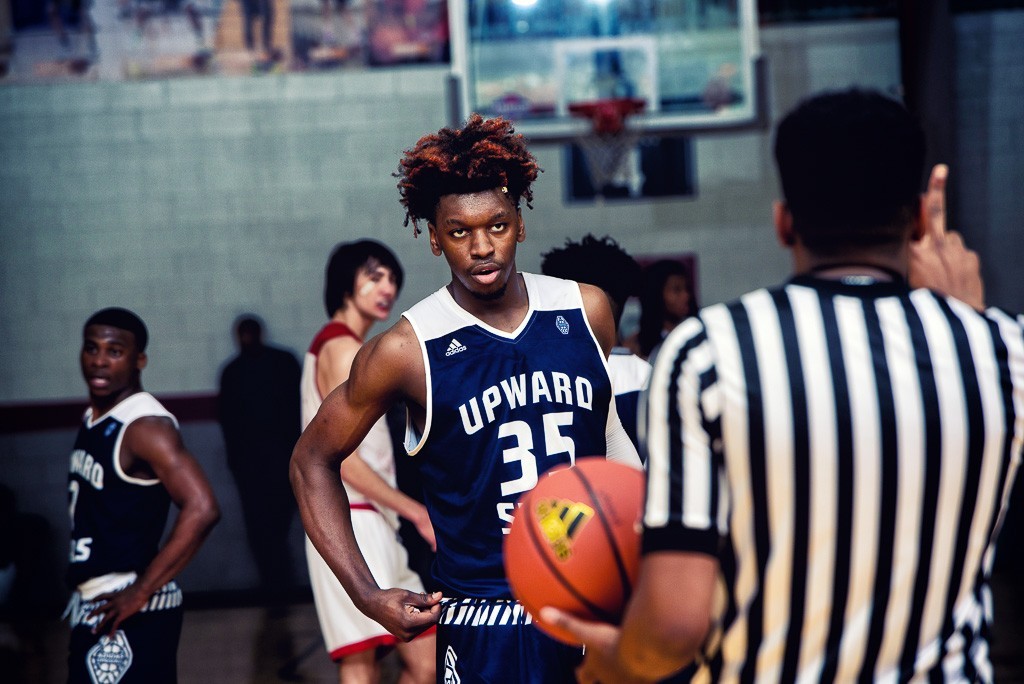 The 25th annual Bob Gibbons Tournament of Champions tipped off at Suwanee Sports Academy on Friday evening, and, as expected, the field was loaded from top to bottom. With some of the top teams in the South all converging in metro Atlanta, there were plenty of storylines from the opening day of action.

Team Winston has brought their squad to Gibbons in the past and they have a track record of boasting talented players. This year is no different, but this team may be one of the better teams the North Carolina-based program has brought to the event.

From top to bottom, Team Winston is filled with long, versatile prospects that understand the game and play the right way. Zackary Austin, Miles Jones, and Mysta Goodloe all bring the length that allows the team to play a Syracuse-like 2-3 zone. However, the player that sets the tone for the team is 2019 point guard Quinton Morton. The 5-foot-9 floor general is an ideal point guard that runs the show and creates opportunities for his teammates. He showed an elite passing ability to go along with his high IQ. Division II and low-major programs need to be beating down his door, as he has the type of game that will translate to wins at the next level.

With a stable full of talented guards, Upward Stars Southeast had no problem on opening night as they rolled to a convincing win in the first round of bracket play. Guards Zeb Graham and Tommy Bruner were fantastic in the backcourt on both ends of the floor. However, the most impressive player of the night was C.J. Felder.

Felder, a 6-foot-7 combo forward, was an enforcer on both ends of the floor. The bouncy and athletic big man flourished around the rim and was nearly unstoppable on the offensive end. He was aggressive on the defensive end of the floor and protected the rim well, too.

An ideal small-ball 4 man with some capabilities to play on the perimeter at times, Felder is already a hot commodity amongst high-major programs. Clemson, Virginia Tech, Georgia Tech, and Marquette are some of the schools pursuing him the hardest at this point.

SLEEPERS RISE TO THE OCCASION

A handful of sleepers rose to the occasion and impressed during the SBC-Upward Stars Riverfront game, which turned out to be one of the more competitive games of the night.

Upward Stars Riverfront came away with a close victory and it was in large part due to guards Frank Lee IV and Maison Hall. Both players have completely different games but boy did they complement each other well. Lee brought a touch of an old man’s game to the table with his brute strength and tight skill-set, while Hall showcased his athleticism and explosiveness. Together, the two players caused problems for SBC. Neither are garnering recruiting interest yet, but that should change in the future. Division II schools should be all over Lee and Hall deserves a look at some levels, too.

Despite the loss, SBC continues to impress at HoopSeen events. Led by point guard Donnell Nixon and big man Grant Van Beveran, the local squad gave Riverfront all they wanted up until a last-second heave fell short at the buzzer.

What Nixon lacks in size standing at 5-foot-7 he makes up for with his high IQ and feel for the game. The Buford (GA) guard is exceptional with the ball in his hands, as he handles it well and is an even better passer. Nixon also has the ability to get his shot off quick and that differentiates him from his peers.

Van Beveran was the go-to guy for SBC during crunch time. The 6-foot-5 forward has a chance to be a good player at the non-major level. He showed the ability to score over either shoulder around the basket throughout the game, as well as some crafty ability. Van Beveran isn’t the flashiest guy on the court, but each time out he produces and there is something to be said about that.