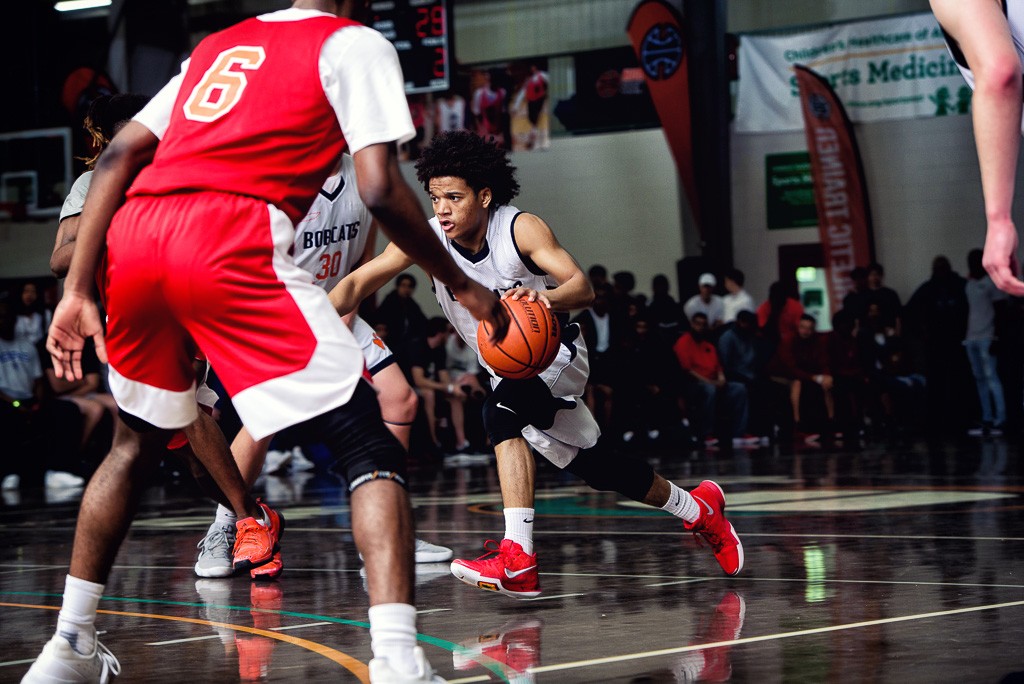 One of the great things about the Atlanta Jam is watching players take full advantage of the stage during the NCAA Live Period. Our staff breaks down some of the players who wrote a big chapter of their story over the weekend.

Grant Van Beveren, SBC, 2019, PF: The 6-foot-6 forward has been one of the most consistent big men at our events this spring. That remained true at the Atlanta Jam. Van Beveren was the go-to guy inside the paint for the Black bracket champions. He averaged 15 points and, at least, eight rebounds a game for the weekend. He’s a nuts and bolts big man that just keeps it simple. - Justin Young

Richard Crawford, Team Power, 2019, PG: The speedy point guard was a nice bright spot for the talented Augusta-based Power squad. Like a strong running back, Crawford found his pockets to attack and burst to the daylight with the dribble. Defensively, Crawford will get into the opposition and not back down from a challenge. Overall, it was a good weekend of work from the 5-foot-11 floor general. - Justin Young

Alex Kelehear, Atlanta Timberwolves, 2019, CG: Sniper mode. That’s what Kelehear was in at the Atlanta Jam. In fact, he’s been in that mode all travel ball season. The 6-foot-1 guard has proven himself as a masterful scorer from deep and at the rim. He’s tough and fearless and an important player for the Timberwolves are 11-5 at our events. Kelehear has been one of the most consistent players for the squad this season. He’s a hot target for Division II, Division III and NAIA schools. - Justin Young

Orry Clements Owens, FCI Warriors, 2019, G: Watching Clements-Orry maneuver around high ball screens was a thing of beauty at our Atlanta Jam. Every move he made was purposeful and well executed regardless of the end result. The ball handling capabilities that you would expect from a guard of his stature was on full display as he was able to get in and out of tight situations very fluidly. What wasn't lost on me was his ability to act as his team's primary distributors while keeping his foot on the gas. Clements-Orry could be a guy that flies under the radar this season just to make a coach very happy at the last minute. - Tai Young

Jayvion Rucker, Atlanta All-Stars, 2019, F: What an interesting prospect he is. In today’s age of basketball, big men with great length are asked to guard more than just the paint. Rucker can do that. His footwork is good, his hands are active, his head is always on a swivel and his mind is always thinking. On the offensive end of the floor, he’s good from three and showed off a nice shooting touch for a 6-foot-6 forward. He’s still a long way’s to go as far as a finished product but there is a lot to like here. It will be interesting to see where he is in July during the Best of the South. - Justin Young

Diablo Stewart, Tennessee Bobcats, 2019, PG (pictured): The sub-six footer was fun to watch at the Atlanta Jam. He’s a blur with the ball and a brave perimeter scorer. Stewart was on fire from three, hitting a total of 17 three-pointers over the course of four games for the Bobcats. He opened up the floor for his teammates and was a hot hand in clutch situations. - Justin Young