Saturday's studs at the HoopSeen Tip-Off 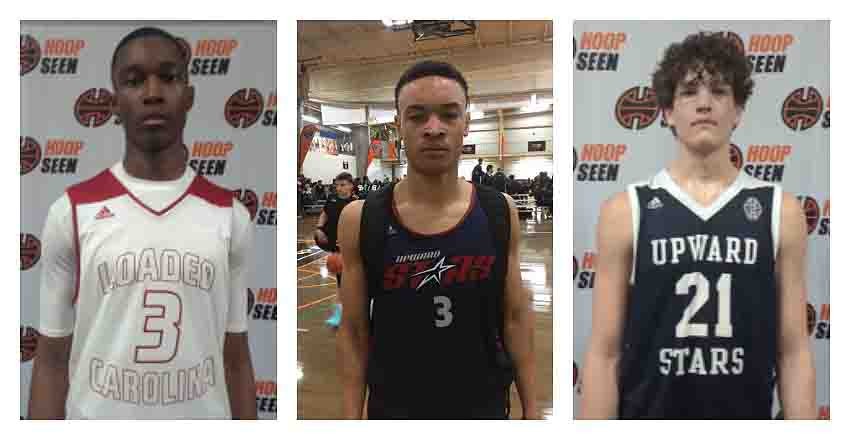 Saturday’s action at the HoopSeen Tip-Off was packed with talent. These five guys stood out brighter than the field.

Upward Stars guard Trey McGowens may have been the most explosive guard in the event on Saturday. The Hargrave Military Academy prospect finds the moments to shine and then dives deep into the paint with his driving ability. The South Carolina native is a hot target by a number of teams and expect Clemson to be there the first chance they can see him during the April NCAA Live Period events. A possible visit to Minnesota could on the horizon. - Justin Young

Upward Stars big man PJ Hall came on the scene here at our HoopSeen Tip-Off and left his mark. The 6'8 big man scored inside, outside and anchored the paint defensively. He played with a good edge, letting penetrators know that he owned the paint. Projecting his upside as easy as he has size and skill with a college ready body. There are Division 1 schools that are hovering around him now but I expect him to become a priority for some in July. - Tai Young

Wherever the ball was, Team Loaded NC Jaelyn Withers was soon to follow here at our Tip-Off. Relentless was an understatement when describing the way he chased down rebounds. One of the best second jumpers in the gym was able to compete in traffic for ones that most wouldn't attempt. Look for him to be the motor that keeps Team Loaded NC going. - Tai Young

If there was any player who's stock rose more today than Trae Hannibal I'd be hard-pressed to say who.  One of the more dominant players at our Tip-off,  Trae got from end to end as quick and powerful as anyone in the building.  Coaches are going to love how strong he is as it allows him to make body to body finishes with bigs at the rim.  He poised to blow up way before the summer live period. - Tai Young

HYPE’s 16U squad has an incredible athlete in Jocorrie Turner. At 6’4, Turner was simply bigger, stronger, and faster than just about anyone he matched up with on Saturday. The Woodward wing exploded for 28 points and a ton of boards Saturday morning against Metro Elite Basketball Club. He put up another 16 points in the evening against the SYI Spartans. Turner has already started accruing some interest from schools for his play on the football field but I wouldn’t be surprised if some of that attention started to translate over to the hardwood. - Bre Singleton