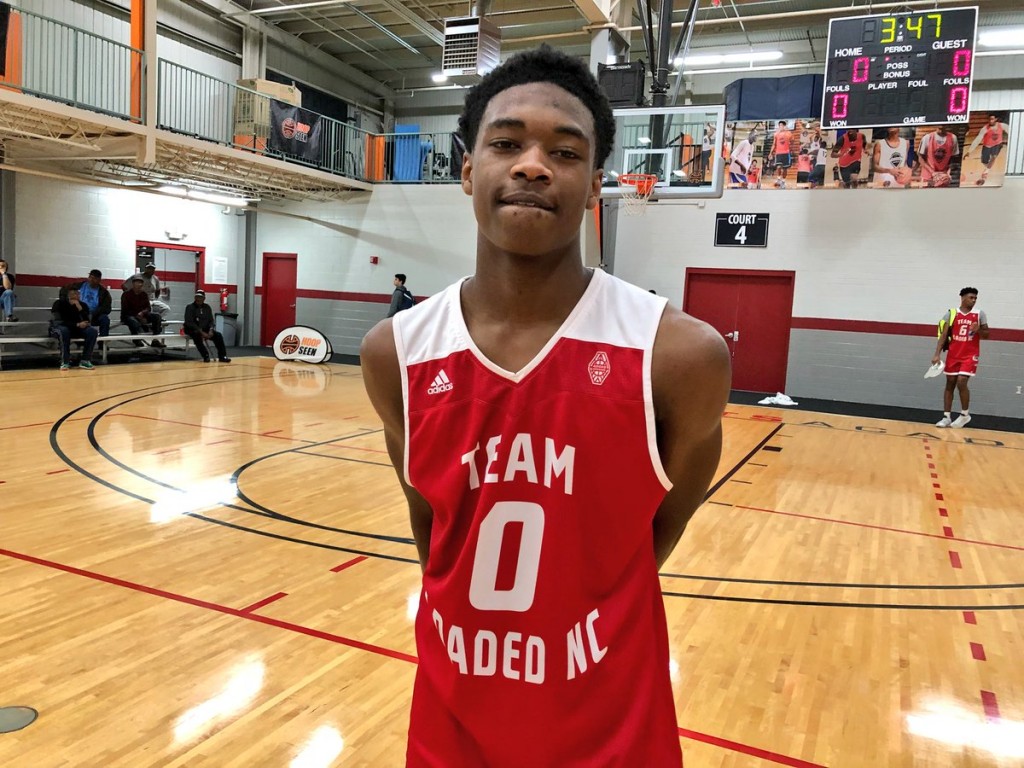 Game Elite goes on guard
Game Elite ELW picked up a nice win over the Atlanta Timberwolves thanks in large part to the play of the team’s terrific guards. Anthony Hardy, Jr., a 2020 guard, continues to impress with his play at HoopSeen events. The speedy guard can really rack up the points by using his jets to get to the rim with ease. He scored 24 points in their win over the T-Wolves. Playing off the ball, 2020 guard CJ Newell shot the rock with purpose. He connected on five triples en route to 19 points. - Justin Young

The Upward Stars made their way to Georgia on a mission
I was super impressed with the performance of 2020 F Ja'Queze Kirby(Upward Stars 16u). Already known for being one of the better players in the state(Jeff Davis HS, All-State Selection), Kirby's main asset is his athleticism. However, he showcased a major improvement in his shooting. 20 points(Knocked down 4 threes in a win over Southern Kings). Also, Upward Stars 15u looked GOOD. Great size across the board. - Austin Smith

Atlanta Celtics 2022(DT) continue to get better each event
Behind the play of David Thomas(#23), this squad continues to dominate. Thomas is a guard who stands right at 5'11, maybe 6'0. He's a do it all player. Active on both ends of the floor. Good athleticism to match height for an 8th grader. He's got a good supporting cast of teammates who defend, rebound, and knock down shots. - Austin Smith

So about the Team Loaded NC vs Southern Kings 16U game…
One of the best games I got to witness on Saturday was between the Southern Kings and Team Loaded NC in the 16U division. The Kings came out strong in half one, with Chris Chambers leading the way. He had seven first half points, as did Team Loaded’s Justin Wright. A late half push gave the Southern Kings a solid seven point lead at the break. Myles Tate came alive for Team Loaded in the second half. He scored all 17 of his points in the second half. James Freeman found his groove for the team from North Carolina, putting up 11 of his 13 in half number two. Despite the influx of scoring from Team Loaded, Southern Kings still held a 12-point lead with just under two-minutes left in regulation. But, Team Loaded came out inspired after a timeout and went on a ridiculous run fueled by Justin Wright’s defense and scoring.The Kings has some costly turnovers down the stretch and were forced to play extra minutes after Team Loaded tied the score up at 70 to end regulation. With all the momentum on their side, Team Loaded came out extremely aggressive in OT. Free throws from Tate and Freeman sealed the win for Team Loaded. - Bre Singleton

So about the 15U Atlanta TapOut Black squad…
The 9th grade ATL TapOut Black team looked like a well-oiled machine in its 10:20am matchup with Phoenix Elite. TapOut has a solid core of players that I think will allow them to very well this summer. Devin McGlockton leads the charge from the paint. He’s a tough big man who controls the boards and his great footwork. He finished with 22 points. Nick Speros and Gabe Carter are guards who handle the ball well and can both knock down the outside shot. Paul Lunguana is undersized for a small/power forward but plays with an intensity that makes up for it. He sat out a bit of the first half because of foul trouble, but came out energized in the second and put up 12 points. I think this TapOut team has the potential to shake things up in the 15U division. - Bre Singleton