Five to watch in our April Jam Series 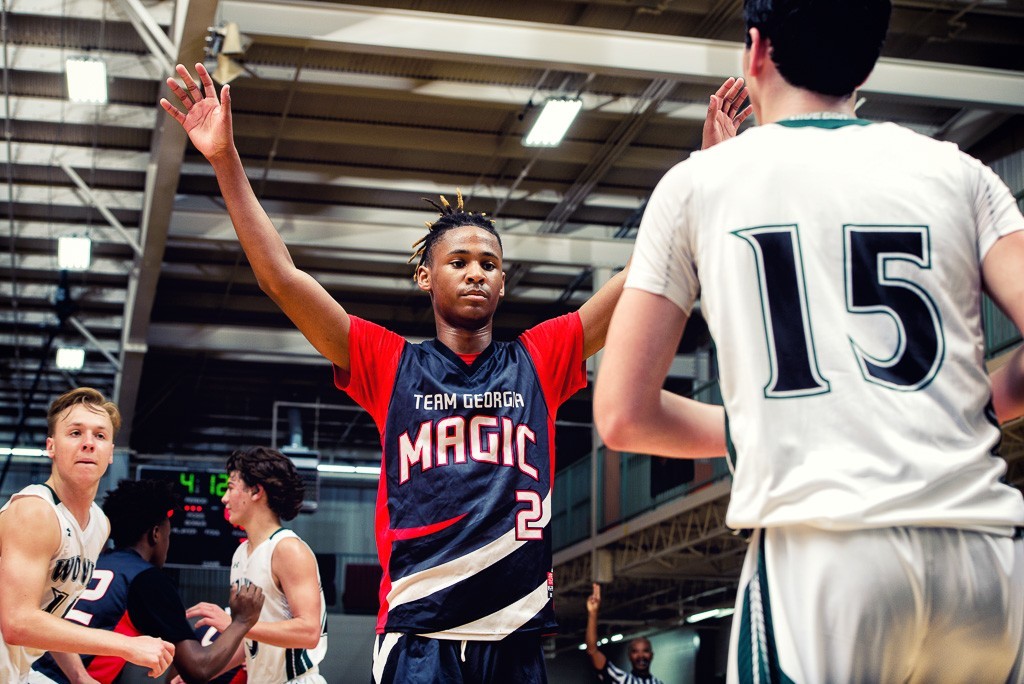 Five to watch in our April Jam Series

With the NCAA Live Period underway, we wanted to dive into the players who will be at our events. Here are five players to watch at the Bama Jam (April 20-22) and the Atlanta Jam (April 27-29).

Devin Butts, Team Georgia Magic, 2019, CG
Since we’ve ran our HoopSeen events during the NCAA Live Period, we’ve seen several Middle Georgia players take full advantage of the stage at hand. Tye Fagan, Nelson Phillips, Cameron Holden and so many others owned the spring stage last year at our Atlanta Jam. This year it should be Butts. The 6-foot-5 combo guard from Macon (GA) Stratford Academy was terrific at our Tip-Off event. He was outstanding from three, drilled shots all over the floor and understood how to produce from both guard positions. Butts and his Team Georgia Magic team won a bracket at the Atlanta Jam and the Best of the South last year. Don’t be surprised to see him be a player of significance this month.

Jaxon Etter, Atlanta All-Stars, 2019, CG
Get ready to hear a lot about Etter this spring. The 6-foot-4 guard lit up Atlanta powerhouse Wheeler for 33 points in his final game of his junior season at Etowah in a double overtime loss in the state playoffs. His game is cerebral and built for the next level. Etter can shoot, he’s a good passer, he’s a quality ball-handler, he’s steadily improved at every category and he has the grades in the classroom that will attract schools of all levels. Etter is primed for a big spring with the always-talented Atlanta All-Stars.

Keon Johnson, EAB, 2020, SG
Star power. That’s what Johnson possesses. The pride of Bell Buckle, Tennessee is off to a great start this spring with his Nashville-based EAB squad. Johnson has the size, the bounce, the quickness and the ever-improving game to become one of the top 50 players in the country for his class. We saw him shine last year at the Best of the South and like where he’s headed this year. Catch him at the Bama Jam and the Atlanta Jam this spring.

Austin Sloan, Atlanta Timberwolves, 2019, PF
Sloan - and the rest of his Timberwolves team for that matter - have really impressed us this early spring. They play well together, play smart together and win together. I like Sloan’s role on this year and as colleges from every level look for big men, Sloan could take off. He’s a good pick and pop four man that consistently knocks down the three-point shot. He’s a confident scorer that likes to play at the rim, too. His spring should be a nice spring board for some recruiting action.

Zach Morgan, South Fulton Lions, 2018, PF
Teams still looking for a rim-attacking four man should pull up a chair and watch the 6-foot-6 forward from Riverdale, Georgia play. He’s been a highlight reel this season at our events and has shined above the rim with his quick bounce. Morgan is aggressive on both ends of the floor and has been a key member of a good spring for the South Fulton Lions. He has interest from some low-majors and if he continues to play like he’s played already this spring, he could end April with some quality opportunities.