Five players to watch in our April Jam series 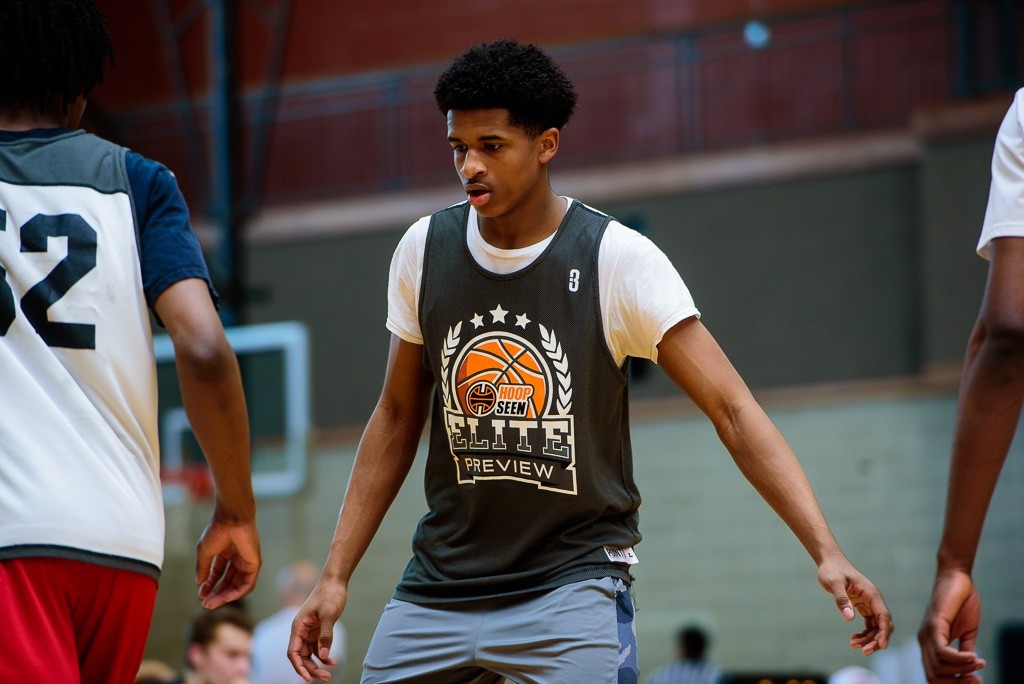 The NCAA evaluation period is upon us, as college programs will be able to view travel ball games and tournaments for the next two weekends. With that being said, we want to dive into the players that will be at our events.

Noah Boler, 2019 PF, EAB: In a time where college coaches require all players on the floor to be shooting threats, 2019 Decatur Heritage (AL) big man Noah Boler fits the bill. At 6-foot-8 and still growing, the junior is skilled as a face-up 4 man and can stretch the defense with his shooting ability. Already holding scholarship offers from Lipscomb and North Alabama, Boler is set to take off this spring. He will be with EAB at both the Bama Jam and the Atlanta Jam.

Kevin Powell, 2019 PF, Atlanta All-Stars: Powell (pictured above) was an intriguing prospect last year at Best of the South and this spring could be his breakout period. The 6-foot-8 big man will suit up for the Atlanta All-Stars at the Atlanta Jam. Powell has a nice set of hands and soft touch around the rim. He has drawn some interest from some Division I programs, but it wouldn’t surprise me if the Woodard Academy (GA) product came away with a handful of offers by the end of the month.

Chandler Leopard, 2019 SG, Pro One Select Navy: Last year, Alabama-Huntsville signee Chase Fiddler made a big impression on college coaches with his athleticism and shooting ability. The guy that could make a similar splash for Pro One Select Navy this spring is 2019 Athens (AL) shooting guard Chandler Leopard. A sneaky athlete and a sniper from deep, the 6-foot-3 guard brings a balanced variety to his game. He’s a guy that Division II and low-major programs will be tracking closely into the summer, starting at the Atlanta Jam.

Bryson Hall, 2021 PF, G2S Kings: Hall had a coming out party last month at Gulf States Cup I and could be a young prospect that makes some noise over the next two weeks. At 6-foot-6, the freshman has a thick body and the ability to move. He will be a mismatch problem for many opposing teams in the 16U division. Despite playing up an age group, Hall could be one of the premiere prospects in the 16U division at the Bama Jam.

Braden Pyron, 2019 SF, BJBC: Despite being an all-state athlete, 2019 Guin (AL) Marion County forward Braden Pyron is an unknown for many basketball people in the South. However, all that could change if he puts together a couple of strong weekends with BJBC at the Bama Jam and Atlanta Jam. An athletic power wing, Pyron brings a wealth of versatility to his game. He can play inside and out and could be a guy college coaches from several levels circle. Pyron averaged 28 points per game during the high school season.