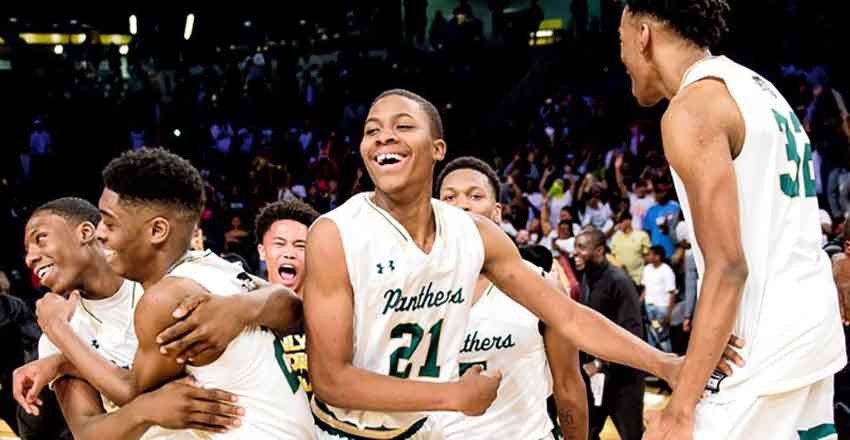 BIGGEST IMPRESSION: Every year the class AAAAAAA is the hardest classification to win in Georgia. And every year the hoop pundits usually miss the mark on who ultimately brings home the trophy. This year was no different. Meadowcreek won the school’s first ever state championship on the hardwood and had to do it by beating Norcross, a team that has beaten them three times already this season. After watching the Blue Devils take care of McEachern and everyone else in the AAAAAAA bracket, nearly everyone picked Norcross to win it all. Meadowcreek imposed their style of play and defended their way all the way to the champions stand. What a run.

BEST GAME: Warner Robins and Miller Grove traded punches all game long in the AAAAA state title game. The contest had big leads, big comebacks and big shots. Of course this game would come down to the wire. Speaking of...

BIGGEST SHOT: Is there any question about this? Jacolbey Owens drilled a historic game-winner for Warner Robins in the class AAAAA state championship game against Warner Robins to claim the title. The Macon Centreplex exploded after he drilled that bucket that the people of Middle Georgia will talk about for decades. Watch it again:

BEST STORYLINE: Middle Georgia has enjoyed the best surge of talented teams that we can recall over the last two decades. Upson Lee, Warner Robins and Wilkinson County all brought trophies back to the middle of the red clay state.

Ben Sheppard, Greater Atlanta Christian: Sheppard scored 15 points and hit three three-pointers for GACS in a win over Jenkins. He's been trending upward all year and capped off his strong junior campaign with a big time performance.

Jahleel Wilson, Montgomery County: The senior scored 27 points in a loss to Wilkinson County. He was dazzling in the title game, emptying the tank along the way. Since then, every junior college of significance has tried to jump in the mix with the 6-foot-4 wing.

Dequarius Nicholas, Meadowcreek: The senior point guard was terrific for the Mustangs in the AAAAAAA state championship game. He scored 16 points, grabbed eight rebounds. He played fast. He played tough and he shined on the defensive end. Just a brilliant effort on the state’s biggest stage.

Jarrett Adderton, Upson Lee: With a handful of players not playing in the game becauase of legal issues, Adderton jumped right into the starting lineup and went to work in his opportunity. The junior scored 16 points on 7-11 shooting from the floor. He added five rebounds and five assists. He also shined on the defensive end of the floor.