What I liked from the Region 6-A tournament 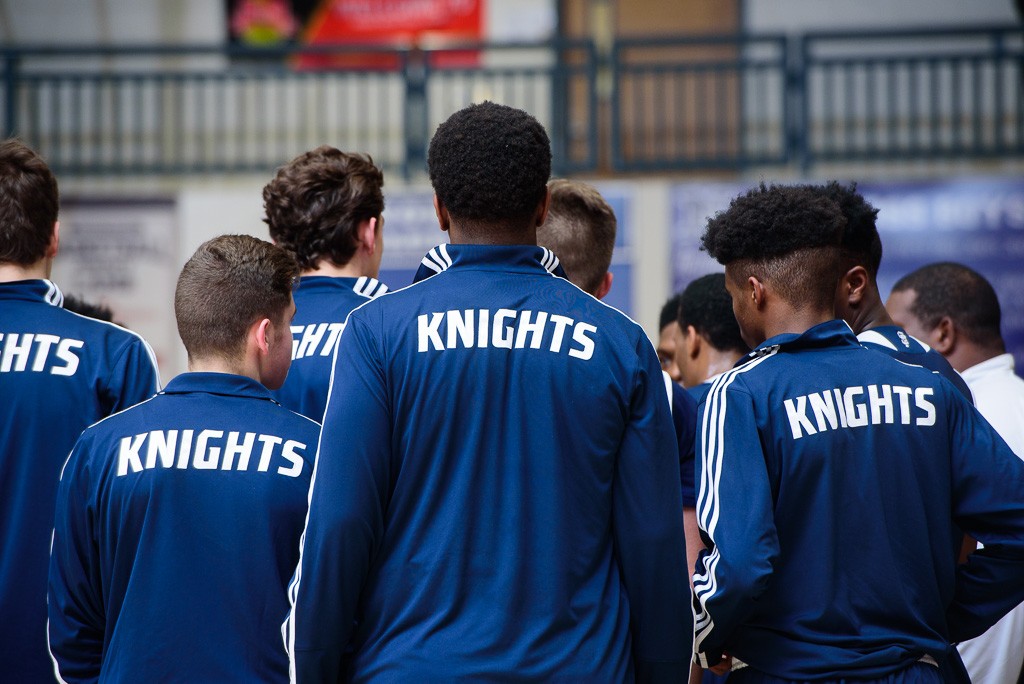 ALPHARETTA, GA - With tournament time in full force, we wanted to slide over to the always-loaded Region 6-A tournament at St. Francis to catch some of the top private schools in north Georgia. With four games on tap, there was plenty to like on this Wednesday night.

I liked everything St. Francis did in their win over Trion. The host school clicked on all cylinders won every category in the first half and had tremendous balance from every player on the floor. Nearly every score had an assist and every defensive rebound turned into transition. Sophomores Sam Hines, Chase Ellis and Dwon Odom, junior CJ Riley and freshman Madison Durr all had important plays throughout the win.

I like when I’m wrong. Truth be told, I screwed up. Big time. St. Francis should have been in our final Power Poll featuring the top 15 teams in the state of Georgia. This group is good and worthy of another trip to the state championship game.

I like the 2020 class in Georgia. And I really like Dwon Odom. He’s just good. No need to overstate things here. The 6-foot-1 guard just does everything for St. Francis. In this game against Trion, he was a mini Westbrook. Odom scored, rebounded high above the rim, started the break, passed well and made the most athletic plays on the floor. Georgia has a lot high-level guards in it. Odom is and should continue to be recruited at the highest level. He’s a top flight point guard.

I like Christian Heritage senior forward Christian Koneman. The 6-foot-7 forward is a fluid athlete with good length and size. He reminds me of a college volleyball in regards to his movement on the floor. Koneman, a 1,000-point scorer in high school, does a nice job of attacking the rim from the top of the key and getting to the rim. He’s long and athletic as a rebounder, too. Peach Belt level Division II schools are involved (and similar schools should look at him moving forward).

I liked Walker’s live another day spirit. The Walker School was down for 90 percent of the game but battled back against Darlington. When it mattered the most, the Marietta private school did just enough to bring home the win. Not bad for a team down a starting point guard. Sophomore Omar Cooper is out with the flu.

I liked my first impression of Walker sophomore guard Chandler Baker. The 6-foot-4 guard pumped in 24 points to lead all scorers in the win. He scored at all spots on the floor, played aggressive and strong to the rim and found a way to convert at the iron and at the foul line. Baker is the younger brother of Harvard forward Robert Baker. The Walker School is young and rich with intriguing prospects. As we pull back the layers of Georgia’s 2020 class, he’s a guy that we will be watching this spring and summer on the travel circuit.

I liked the blue collar effort from Darlington forward JD Hull. The 6-foot-5 junior scored 20 points and grabbed nine rebounds. Hull was a reliable source in the paint on both ends of the floor. He was Darlington’s leading scorer this season, putting in nearly 18 points a contest.

I like sophomore big man Caleb Crumly. The 6-foot-8 center was aggressive in the paint, particularly on the offensive glass. He created second-chance opportunities and converted for scores. He recorded eight points and seven rebounds in the first half. Defensively, he kept Fellowship Christian from scoring at the rim.

I like what Hunter Norman has done in his four-year career at North Cobb Christian. The senior point guard has been a starter since his rookie season at the Kennesaw private school and has relished in his role as leader for NCC this season. The pass-first guard has good vision, good smarts, good toughness and a good nose for the right play at the right time. He checked all of those boxes on Wednesday afternoon in their 61-46 win over Fellowship Christian.

I like Quinn Richey’s jumper. The junior from Mount Pisgah has been one of my favorite jump shooters in the state of Georgia since I first watched him as a freshman. He’s a specialist at the next level and a realizable source for perimeter scores. He scored 14 points in the loss to Christian Heritage.

I like the youth of Region 6-A. There are a number of sophomores and freshmen that have good days ahead within the league. Wednesday’s action was a nice peek ahead to what’s on tap in the private school league in north metro Atlanta.