The things I liked from the BCB MLK Showcase 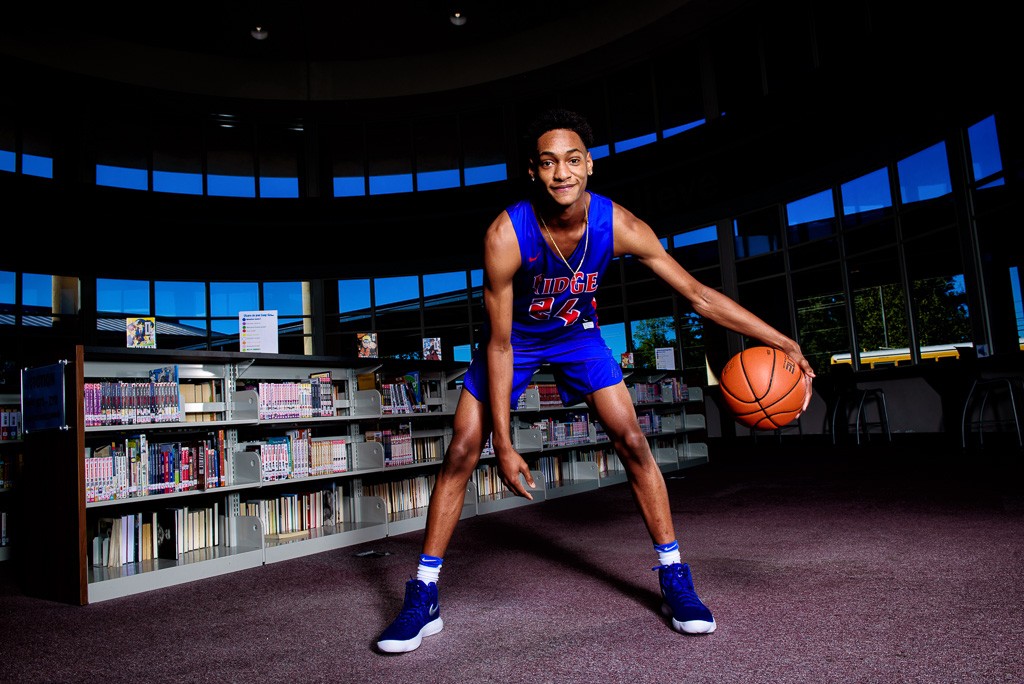 SUWANEE, GA - The sixth annual BCB MLK Showcase at Peachtree Ridge High School is in the books and there were a lot of things to like from the action. Here’s a rundown of the things I liked from Sam Allen’s event.

I like Devin Vassell (pictured above) and his value now for Peachtree Ridge and for later for Florida State. I’d argue he’s the most undervalued player in Georgia’s 2018 class and could be a terrific steal for the Seminoles. Vassell is enjoying a tremendous senior season for the Lions. He scored 28 points in a big win over Milton, capping off a strong day of performances at the event. Vassell has helped his team claim a spot in our Power Poll and is one of the top scorers in the state of Georgia. He has all of the tools of a late-blooming stud-in-the-making. Think Jeremy Lamb. I’m all in on Vassell and will raise his ranking substantially in our upcoming update.

I like the way David Viti won the game for Buford. The Georgia Southern-bound forward flew from the right wing to tip in a Alex Jones missed three-pointer to claim a 69-67 win over United Faith (NC). Viti was a three-point sniper in the win but his board-crashing ability that pushed the Wolves into the win column. That’s his game in a nutshell. Viti will do whatever it takes to win.

I like the way Donnell Nixon finds a way to produce. When Buford point guard Alex Jones missed the first half of the season with injury, Nixon stepped into the starter’s role and was the set up point guard for Eddie Martin. He played well in that role. When Jones, a Lipscomb signee, returned Nixon slid off the ball and played a new role. He’s a perimeter threat for this team and delivered with five three-pointers in the win.

I like the way Buford shot the three ball against United Faith. The Wolves drilled triple after triple. They hit at least 13 by my count.

I like the way United Faith guard Rafael Jenkins played in defeat. The sub six-foot guard did a fine job of knifing through the Buford defense for buckets and assists. He shot well from all spots on the floor and controlled the game against a good guard-heavy Buford squad. Jenkins has a 27 ACT score and remains unsigned. He’s a nice option for academic programs that are looking for players in the 2018 class.

I like United Faith forward KC Hankton as a possible mid-major target in the late signing period. The 6-foot-8 forward is a nice three-point shooting forward with range out to three. He has a nice face-up game and skill set worth further evaluating for Division I schools.

I liked the way Grayson guard Nick Edwards has played all season long. He’s been a steady force for the Power Poll team this season. The unsigned senior went for 11 points in the fourth quarter and helped his team overcome an 18-point second half deficit. Edwards hit the game-winning shot with 1 second left to play under the basket. He’s a quality non Division I player and a guy I hope we see at our Senior Showcase on March 25 at Pope High School. Georgia Southwestern is the only school to actively be involved.

I like everything Sanchez Nolley does on the offensive end of the floor. The future Virginia Tech Hokie scored 35 points in front of his future head coach Buzz Williams. The 6-foot-6 wing pumped in buckets all over the floor, including several gorgeous three-point shots. He’s the best scorer in the state and didn’t deviate from that position on Monday.

I like the way Jenkins plays. It feels very familiar. Compared to year's past, this Jenkins team doesn't generate a lot of buzz. Maybe they should. Savannah squad plays like you'd expect Jenkins to play like - hard on defense, quick on offense and supremely focused.

I like the college value of Miller Grove’s seniors. There are a number of quality available players on this year’s Wolverine roster. Kevin Paige is one of the better available big men in Georgia’s 2018 class. He’s defensive end big and plays that way in the paint. Paige is a rough and tumble rebounder that sets the tone for how the Wolverines want to play on the defensive end of the floor. Jermon Clark is an active 6-foot-5 forward who can guard multiple positions. TJ Stargell is quick on quick from the point guard position and Lorenzo Anderson does a fine job of getting buckets. All four can play at the next level and worth a deep dive for non Division I schools during the rest of the regular season.