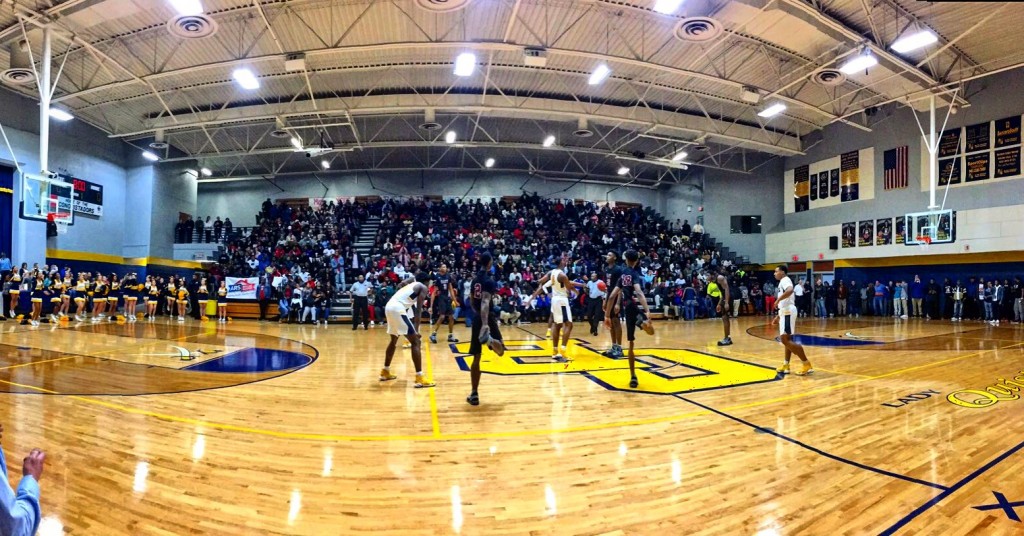 OLIVE BRANCH, MS -Tickets were gone before 10 a.m. on Friday morning for the Memphis East game at Olive Branch High School. A homemade yellow poster shouting “SOLD OUT” covered the outside walls of the gym and fans walking up to the gym without a ticket were turned away at the door.

Welcome to Memphis East at Olive Branch, the biggest prep high school game of the year in basketball-crazed Memphis.

It was the show to be at on a chilly Friday night. And what a show it was at the ARS Rescue Rooter Penny Hardaway National HoopFest. Fans packed into the Olive Branch gym, pulling up a chair, a space on the baselines or even on the stage.

Every possession was a battle but when it came down to it, this game was decided on the foul line. Moreover, it was about who delivered under pressure and who didn’t.

Olive Branch did and claimed the victory 73-70, knocking off a national top 10 team.

Olive Branch PG Joe Cooper, a class of 2019 prospect, was named game MVP with his 19 points (7-11 FG, 3-4 from 3). Super sophomore DJ Jeffries finished with 15 points, despite only scoring twice from the floor. He sunk 11 of his 12 free throw attempts. In the clutch, he toed the line and sunk the game-securing scores with 12.5 seconds left to play. Junior guard Josh Stephenson sunk all four attempts under a minute, too.

Memphis East big man James Wiseman, considered by some to be the top player nationally in 2019, missed all seven of his free throws in the game. He missed six of them in the fourth quarter. As a team, Memphis East shot 6-19 from the foul line in second half.

THINGS I LIKED FROM THIS GAME:

THINGS I LIKED FROM THE HUNTINGTON PREP/RALEIGH EGYPT GAME: