Tai's 5: Thursday at the TOC 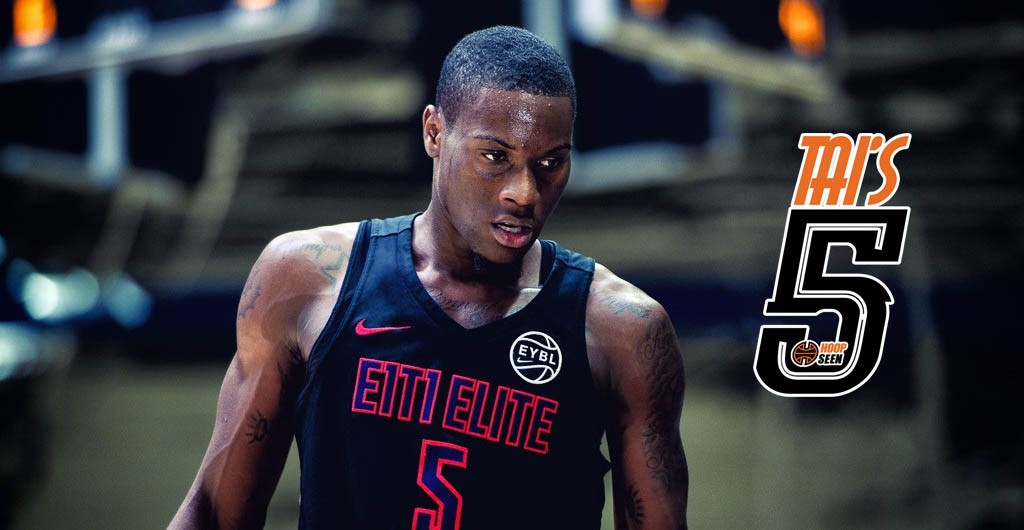 Tai's 5: Thursday at the TOC

MARIETTA, GA - The Tournament of Champions is quickly becoming a must-attend event in metro Atlanta and the action on Thursday was big-time. Here are the five guys who jumped out.

Adrian Cohen is the model of consistency which is a lot to say for a player that still hasn't completely come into his own. At 6'5 he has the size to be an impact player but it's his skill level that always impressed me. He's capable of playing several positions on the floor without it appearing as if he's struggling to fit. Adrian can pass, shoot, and handle it well, making him a unique talent going forward for Nick Pasqua and the Tusculum Pioneers

Emmitt Williams (pictured above) made sure to make his presence known and once he arrived he stuck around for a while. The Oakridge(FL) product had some eye-opening plays, many of which came on the defensive side of the floor. He has the uncanny ability to leave the floor after the ball has been released and still wind up with a clean block. Several times he snatched the ball out of the air with authority as if he had ownership of the gyms rims.

Isaac Okoro continues to make big-time plays on a routine basis. If you can look past his physical talents you'll be impressed with how well he can think the game without missing a beat. He has great defensive anticipation, getting some steals that would've often times lead to an assist for the other team. Issac is great at picking his spots on when to drive and finish, or drive to a kickout, post up, spot up, etc. For a high school junior he has good feel on both ends of the court. He continues to play a big part in the success that McEachern has had this season.

I remember vividly watching Neftali Alvarez last season at the TOC so I made sure to see how he had progressed since then. What I saw was someone that was as dynamic as they come as he routinely got in the lane to kick out to his shooters. The Miami Christian PG has a natural flare about him while still making fundamental reads. He's the type of guy that players should want to be on the court with because his biggest flaw may be being too unselfish at times. Whoever gets the Florida guard will be getting a player that thrives in a lot of the ball screen systems we see teams running today.

There's one quote that comes to mind when thinking about Shiloh's own Toneari Lane. "It's not the size of the dog in the fight,. It's the size of the fight in the dog." There were many times in the lopsided game against Oakridge that if you were unaware of the score walking and just watched Tonearis body language then you would've though Shiloh was in control. He's aggressive but doesn't cross the line in terms of needless antics and pointless gestures. When he screams on the court he does it in a manner in which he's telling the other 4 guys in the court to hop on his shoulders. It's an underrated quality to have someone play hard regardless of the matchup, the opponent and the score of the game. Win lose or draw I would want him on my team.