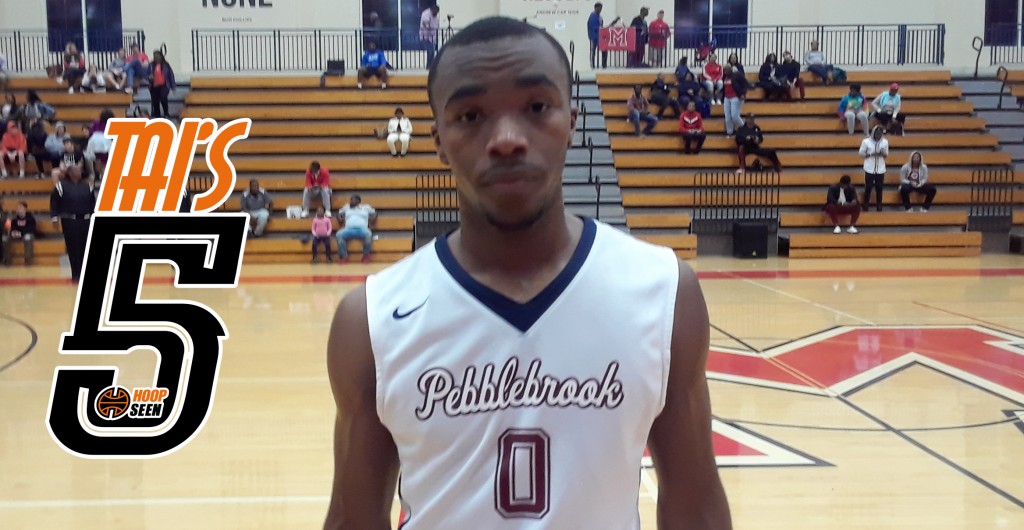 The one-day State Farm Classic at Milton High School provided us with a look at a future Georgia Bulldog, a future ACC elite scorer, one of the best available players in Georgia and two names to put on your watch list. Tai's 5 breaks them all down.

Need a reverse two-handed dunk, got it. And 1 off the bounce, done. Crossover, hesitation to a pull up 3, no problem. Amanze Ngumezi pulled out all of the tricks for Johnson of Savannah. The Georgia signee showed off his HM skill set with both inside and outside play. His size, strength, and aggressiveness should transfer pretty well to the SEC.

Coaches, the next sleeper in the 2019 class is Justin Miles from Lithonia. At 6'7 he runs like a deer, blocks shots, and showed off several mid-range jumpers. He caught multiple passes in traffic and was able to put the ball on the floor. His potential is through the roof and I look forward to watching him develop over the next year. He has all the makings of a big-time prospect. Take this one to the bank.

A common name for everyone in Georgia, Landers Nolley continues to rack up the points for Langston Hughes high school. Not only is his high level scoring impressive but the pace in which he plays is unmatched. If he wants to get to his spot there hasn't been a lot of team defenses that can keep him from doing so. He's great at deciding when to attack and more times than not he picks the right combination. He should make an immediate impact for Virginia Tech.

The 2020 class is full of talented guards and Eric Gaines makes the list as one the top PGs. He has a good blend of length and athleticism but it's his feel that sets him apart. At an early age he grasps the concept of making the simple plays but he has the ability to put out a highlight at any time. He should continue to develop into a very good college prospect for Lithonia over the next few years. He will be a player that's sure to catch coaches attention going into the live period.

Arguably the hottest shooter in the state right now is DJ Murray of Pebblebrook. The threat of him coming off a screen is resulting in him being doubled before he touches the ball. At least 3 times a teammate got a layup from slipping to the basket after setting a screen for his sharpshooter. The unsigned senior has a high level stroke that he will continue to use for Pebblebrook down the stretch. He will be a great pick up for a school at the end of this year.