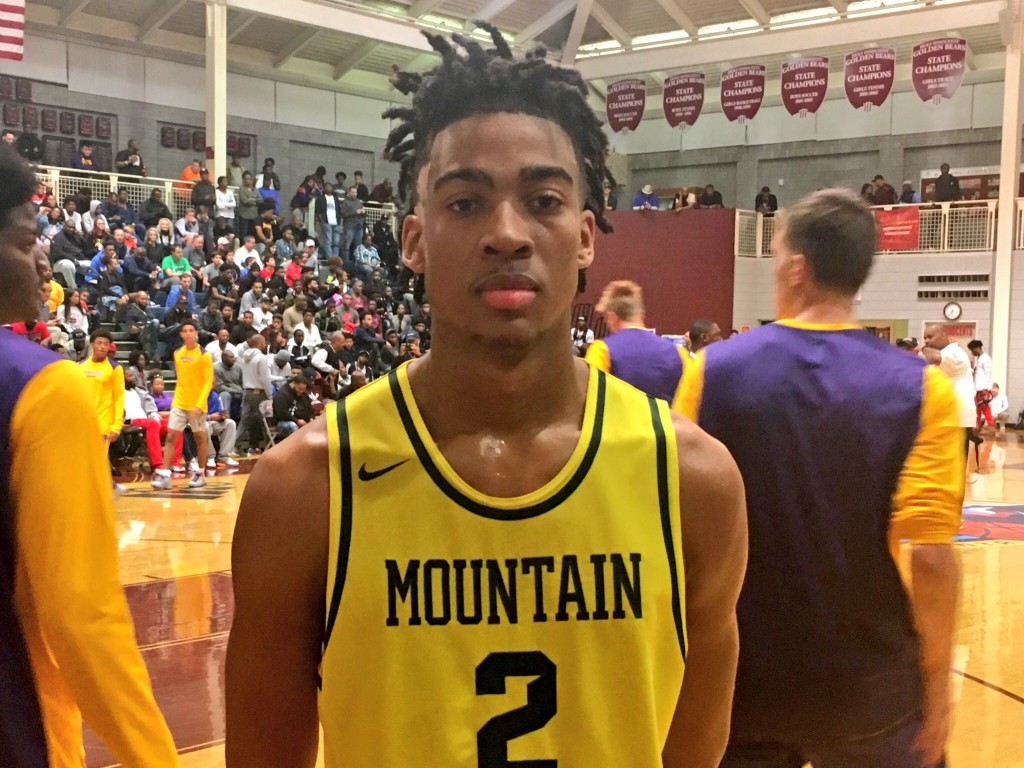 ATLANTA, GA — The Holiday Hoopsgiving event has become the stage for players and teams to set the tone for their high school seasons.

Watford delivered the signature performance on the biggest stage in the state of Georgia this high school season. He bullied his way to big-time production and took his foot off the gas.

The Holiday Hoopsigiving event has positioned itself as the definitive stage for stars. For Georgia hoop heads, the biggest star on the docket is Ashton Hagans. The Newton point guard didn’t disappoint and offered up as much variety as your grandmother did on her Thanksgiving Day table.

Hagans put on a passing display that lived up to the expectation that he’s built for himself. A prime competitor with an accelerator that is stuck on full bore, Hagans is one of the premier competitors in the country. Hagans recorded a triple-double in their win over 14 points, 12 rebounds and 14 assists.

His perimeter counterpart Tre Clark 25 points (6-11 from 3, 10-15 FG) was excellent in the victory. As Newton graduated the likes of JD Notae and Isaiah Miller, Clark was primed for a big breakout year. His showing at the Hoopsgiving was a continuation of his great play with the Atlanta Lightning at our HoopSeen events.

MEET THE NEW WAVE IN GEORGIA’S CLASS A PRIVATE?

Georgia’s Class A Private division has largely been dominated by the likes of St. Francis and Greenforest Christian for years but this year is as the field looks to be wide open for the state championship. Keep an eye on Eagle’s Landing Christian Academy this season.

The private school from Atlanta’s south suburbs held off host school Holy Innocents’ thanks to the tough play their balanced lineup. Junior post Malachi Rhodes said the team isn’t looking too far ahead.

“We just have to take it one game at a time and get one percent better each day. That’s what our coach tells us,:” Rhodes said. “So, we’re really hungry and eager to win. If we stay hungry, we’re going to get the results we want.”

Rhodes got the results his coach wanted in this one. He rattled off 18 points and 12 rebounds in the win. Sophomore wing Jamaine Mann also impressed with 15 points and 11 rebounds.

McEachern was up by as many as 25 points on The Christ School from North Carolina and ended up with the win in the nightcap. Five-star junior Isaac Okoro put on a show with his high-flying act. He’s playing as well as any player in the Southeast right now, regardless of class.

The Langley twins - Keyshaun and Kobe - combined for 40 points for Wesleyan Christian and shot 15-29 from from the floor in their 76-68 win over Gainesville (GA). They did so in front of their future head coach, Buzz Williams from Virginia Tech.

Holy Innocents’ had 23 points from senior guard Matthew Meadows in their loss to ELCA. Sophomore Josh Smith had 15 points and seven rebounds in the game, too.

Columbia senior Keondre Kennedy exploded for 27 points (11-22 FG, 5-11 3pt) and 7 rebounds in a loss to Newton. Kennedy was the only player for Columbia who found his shot in the loss to Newton.