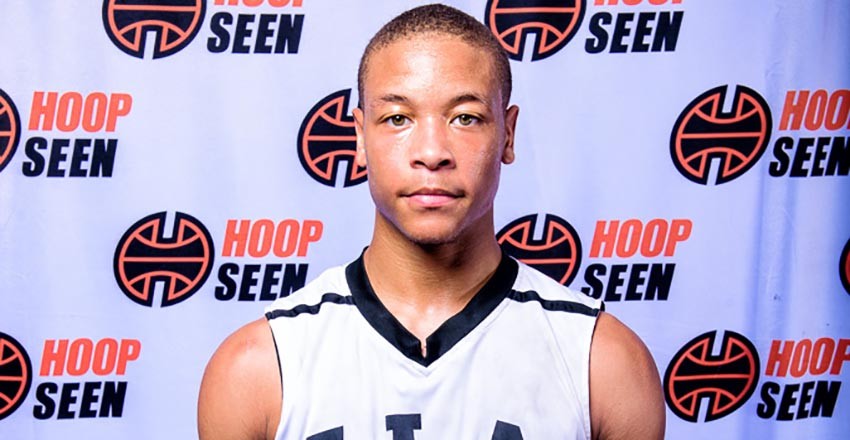 Anthony Edwards stepped onto the court at 9 a.m. on Saturday morning and wasted little time doing what he does well. The class of 2020 stud stepped onto the floor and went to work as a perimeter scorer. Edwards hit four three-pointers in the first 16 minutes of action and didn’t look back.

He was trending throughout the day and had the entire gym buzzing with his play. In the championship game of the Orange Bracket, Edwards was dazzling. He’s every bit the high-major scorer that he is projected to be.

Basketball is all about the Big Three now, right? So, let’s talk about the Dacula triple-headed monster of Mekhail Bethea, Brendan Tucker and Quincy Ademokoya played very well together on Saturday on the offensive end of the floor. Each of the players can spring for 20 points a game on any given night. Collectively, the group will be tough to stop when they are all on the same page.

3. West Forsyth opened some eyes at the Shootout.

The Wolverines won five games last year and didn’t put fear into the opposition more times than not.

But the team opened some eyes on Saturday with an opening day win over St. Francis and a tough but competitive loss to Dacula.

Seniors Michael Zabetakis and Terrence Taylor both had strong outings on Saturday while sophomore Joseph Staiti and freshman Broc Bidwell each had their moments.

Head coach Frederick Hurt has plenty to work within an always good Region 5-AAAAAAA. It will be interesting to see how this team develops throughout the high school season.

BARRON ON THE BOUNCE BACK

Alpharetta won 25 games a year ago and graduated quite a bit and changed head coaches in the offseason. But back is dynamic point guard Brandon Barron in the backcourt. The athletic and shifty junior point guard returns to his starting position and excited about the prospects of a new chapter at the school.

Barron was one of the standouts on Saturday at the HoopSeen Shootout. His burst of speed to the basket was unrivalled today. He didn’t look like a player that just stepped back onto the hardwood after being out with a torn labrum since May. His time back on the court was welcomed, he said.

“Oh, I’m very hungry to go out there and get this team going,” Barron said with a smile. “We should be good this year. We’re basically a fresh new team in a region that I think is winnable.”

Liked what I saw from 2019 SG Ben Sheppard of Greater Atlanta Christian. He’s bigger, stronger and played a nice role with the Spartans on Saturday. Could be in store for an uptick in role and production this high school season.

Brady Spence of Alexander had a nice day of work. The 6-foot-7 forward scored when he had the opportunity in the paint and kept it simple. AHS did a nice job throughout the day.

A good number of coaches from the Peach Belt Conference were on hand for the HoopSeen Shootout.