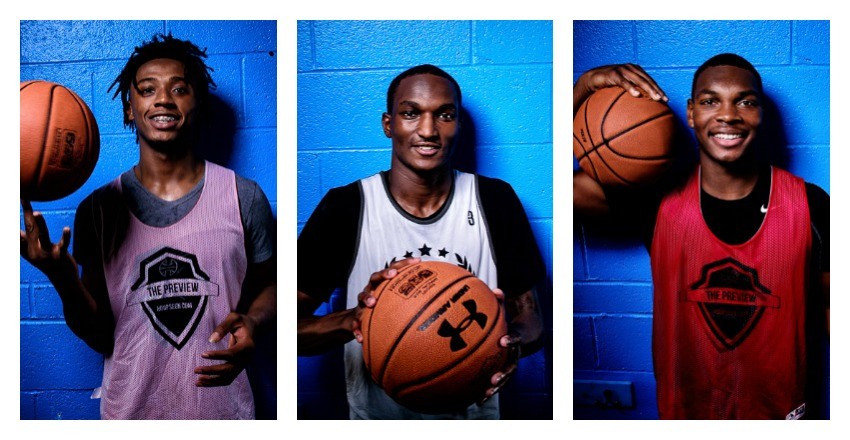 The 2017 Georgia Fall Preview is in the books. We ask our coaches and evaluators to vote on the top overall performers from the camp. Over a dozen people are involved in this decision. These are our Super Six from this year’s event.

Jamir Chaplin, SG, Meadowcreek (GA), 2019: He received the most votes from our coaches and staff of evaluators for the top overall performer from the camp. The 6-foot-4 guard did it all in every setting. He owned the drill work stations, he shined in games, he was verbal, he scored, he defended, he passed, he rebounded and he produced. All of the boxes were checked. Chaplin plays like a college player and should be primed for a big season on one of Georgia’s top teams this year. — Justin Young

Ashton Hagans, PG, Newton (GA), 2019: It's safe to say Hagans didn't disappoint in his return to the Fall Preview. The 6-foot-3 point guard played the role of facilitator and scorer throughout the day, as he made those around him look better and picked his own spots here and there. The junior excelled in pick-and-roll opportunities, making the correct decision each time. Hagans has unbelievable court vision and passing ability in both the half-court and transition. He connected with several teammates for easy buckets because of his ability to put the ball right on the money. Hagans was also efficient attacking and scoring at the basket. - Garrett Tucker

Amari Kelly, PF, Meadowcreek (GA), 2018: Despite already being committed to Duquesne, Kelly, a 6-foot-7 power forward, came into camp and made his presence known from the jump. The senior was nearly impossible to stop on the block was his array of scoring abilities. Kelly overpowered defenses and finished with either hand throughout the day. He was also a nightmare on defense, as he blocked and altered shots in the lane. Meadowcreek is poised for a big year this season, and Kelly is one of the many reasons why. - Garrett Tucker

Issa Muhammad, C/PF, Norcross (GA), 2019: Muhammad put together a quality day and was one of the best post prospects we had in attendance. The 6-foot-9 big man passed the look test with his 225-pound frame and made use of it, too. Muhammad did a fantastic job of finishing around the rim and using his body control to finish through contact. He played with a motor and sprinted the floor throughout the day, leading to easy lay-ins in transition. The junior has an impressive skill-set for a player his size. He even stepped out and knocked down a few jumpers over the course of camp. Muhammad is still learning the game, but he is easily one of the top big men in the South in 2019. - Garrett Tucker

Brendan Tucker, SG, Dacula (GA), 2019: When it comes to a wow factor, Tucker grades out really high. The 6-foot-3 guard has the best first step in the state and used it time and time again to blow by defenders to get to the rim. He’s getting bigger and stronger and making things difficult for good defenders as they try to body him up when he’s attacking the rim. Expect a jump in our Georgia 2019 rankings for Tucker in the near future. - Justin Young

Marcus Watson, SF, Buford (GA), 2019: There are freak athletes and then there is Watson. The 6-foot-5 junior is just different when it comes to athleticism. His entire arsenal was on display on Saturday, as he played above the rim with big dunks, blocked shots, and huge entertainment. Watson was the premiere rim attacker that participated in the Fall Preview. He fought off multiple defenders at the rim and was able to finish through them. It took a game or so for his shot to begin falling, but once things started clicking, Watson was one of the most impressive scorers at camp. - Garrett Tucker