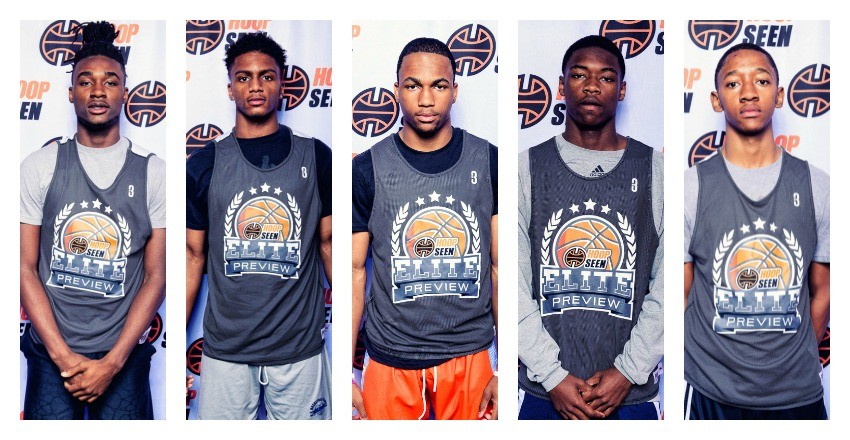 The 2020-2021 Elite Preview was loaded with talent and our staff of coaches and evaluators have collected their notes and identified the top 10 performers from the camp. We continue with part II from the Elite Preview.

Ja'Queze Kirby, Jeff Davis (GA), 2020: Effort, energy and excitement. That’s the best way to describe the way Kirby played on the South’s best stage for undeclassmen. Kirby was my pick for the top overall player from the Elite Preview and was a consensus top performer from our staff of a dozen evaluators. As a defender, Kirby could be the best long term player there was at the camp. He moves very well and has the frame to develop into a terrific wing to paint defender. Offensively, he scored on effort and drives. Overall, Kirby was just terrific. - Justin Young

Toneari Lane, Shiloh (GA), 2020: Already one of the most talented players in the 2020 class, Toneari Lane did not disappoint at HoopSeen Elite Preview. Most know that the 6’4 bruises can get to the cup and dish out assists with minimal effort but Lane seemed to kick it up a notch on Sunday. The Shiloh star jumped out of the gym for a few nasty dunks over defenders. Making key plays in close games helped Lane make this list as well as the extra effort he put in, diving for loose balls and locking down on defense. - Bre Singleton

Dwon Odom, St. Francis (GA), 2020: Over the past few years, sophomore Dwon Odom as built a reputation with his unique athleticism and jumping ability. To no one's surprise, Odom had the full package on display on Sunday. An ultra-athletic combo guard, he is nearly unstoppable to handle when get gets downhill because of his acrobatic finishing ability. Odom is an eye-catcher because of his above the rim play and rightfully so. He has the unique ability to change the momentum of a game. Odom's jump shot is still inconsistent, but when he gets hot, he's undoubtedly one of the top scoring guards in the 2020 class. - Garrett Tucker

Myles Tate, Dorman (SC), 2020: End to end, there wasn’t a faster player in the camp than Tate. His dribble drive allowed him to get into the paint with little problem. He has a smooth shot and used his perimeter game at the right times. Tate guarded the ball well and used his length to his advantage. As the day grew longer, his list of admirers grew. Tate owned the stage with his play. - Justin Young

Jaden Walker, Discovery (GA), 2020: The 6-foot-4 point guard was brilliant on Sunday at the Elite Preview. He played the role of set up man with his on point passing, his patience and his productivity. Walker showed off a full game of talent and did so with a great pace to his output. Never high, never low, Walker maintained composure in the backcourt throughout the event. He helped evaluated the level of play of everyone around him. Put Walker on your high-major watch list in 2020. — Justin Young