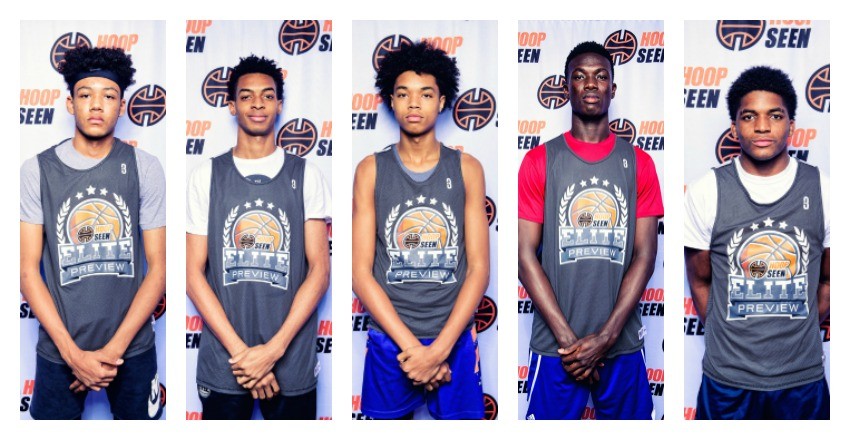 The 2020-2021 Elite Preview was loaded with talent and our staff of coaches and evaluators have collected their notes and identified the top 10 performers from the camp. We start with part I from the Elite Preview.

Quincy Ademokoya, Dacula (GA), 2020: Ademokoya was arguably the most impressive player of the day. The long, 6-foot-7 forward wasted no time getting notice, as he knocked down six 3's on nine attempts in his first 5-on-5 action. He was consistently good from the perimeter throughout the day, but he played with a purpose all over the floor, too. Ademokoya was alert on defense and racked up several block shots and each game. The sophomore's shooting and range will get him noticed, but overall, he has all the tools to be a high-level prospect. - Garrett Tucker

Frank Anselem, Westlake (GA), 2021: Hands down the best shot-blocker in the camp. The 6-foot-10 center changed the way players attacked the rim. Anselem was the beneficiary of Jaden Walker’s passing. When the big fella got his hands on the ball, he attacked the rim with force and purpose. Offensively, he scored everything at the rim and showed flashes of why he could be the best big man in Georgia’s 2021 class moving into the high school season. - Justin Young

Brandon Boston, Norcross (GA), 2020: Coming off of an impressive summer, Brandon Boston is a hot commodity in the state of GA. Cool, calm, and collected, Boston knows when and where his buckets are coming from. But in a couple close games on Sunday, we got to see the Norcross player turn on a competitive switch just before the season kicks off. He rattled off a series of crazy moves and finished them with step back threes, reverse layups, and other crazy scores. - Bre Singleton

Ebenezer Dowuona, Heritage School (GA), 2020: Paired against a fellow 6-foot-10 big man Frank Anselem in the first game, Dowuona went right to work at the start of camp. Dowuona scored in a variety of ways in the paint and on the baseline. He’s one of the toughest rebounders and defenders in the 2020 class here in Georgia and continues to develop into one of the best overall big men in the Peach State. Dowuona’s upward trend continues. - Justin Young

Kadarius Johnson, SW Dekalb (GA), 2020: There wasn't a more competitive guard in attendance at the Elite Preview than Kadarius Johnson. The explosive 6-foot point guard kept defenses on its toes all day. He has an explosive first step and a knack for getting to the basket, as well as the uncanny ability to finish at the rim. Johnson rose to the occasion during each challenge and showed his gamer attitude. Built like a bowling ball, he is primed for a big high school season at Southwest Dekalb. - Garrett Tucker