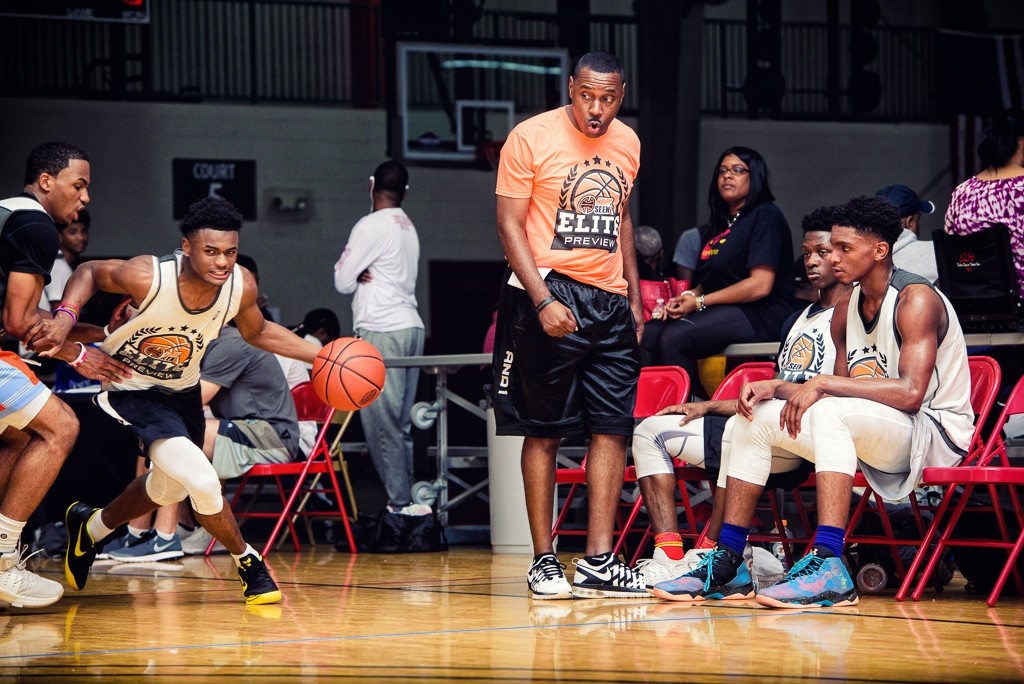 Caleb Byrd, Rome (GA), 2020: A quality sleeper out of Rome (GA), Byrd displayed his wheels and speed throughout the day. The sophomore changes speeds well and is difficult to guard with the ball in his hands. The tough guard also had a knack for scoring the ball in transition and in the half-court. - Garrett Tucker

Keundre Campbell, Webster County (GA), 2020: He carved out space for himself by showing his ability to shoot and knock down the three ball. Campbell can get to the rim and plays well in the paint on both ends of the floor. He rebounds well and starts the break as soon as he rips down the defensive board. - Justin Young

Quincy Canty, Cedar Shoals (GA), 2021: There weren't many guys that embraced the physicality of camp quite like Quincy Canty. The 6-foot-6 four man plays below the rim, but he's as tough as they come. Built like an ox, Canty used his brute strength to barrel towards the goal and finish at the rim consistently. - Garrett Tucker

JerMontae Hill, Grady (GA), 2020: The 6-foot-5 forward has a good bounce and attacks down hill very well. His athleticism and size are intriguing but he’ll need to continue to develop a pull-up jumper and work on his three-point shot. He’s a willing and good rebounder for his position. Chalk him up as a big upside guy. - Justin Young

Jordan Johnson, Duluth (GA), 2020: A very good ball-handler, Johnson was able to pilot his way around the court with the dribble. He has the skill set to become a good defender and improved overall quickness will help push his game forward. - Justin Young

Toneari Lane, Shiloh (GA), 2020: One of the most athletic players in the camp, the well-built wing was an easy choice as a Top 10 performer from the weekend. Read more about his performance HERE. - Justin Young

Kendall Latney, Mill Creek (GA), 2020: An athletic wing that can go get it off the rim, Latney shined in speed. He was able to get to the lane at will with his power dribble but as he grows in the game, reading the defense for passes instead of driving will help diversify his offensive attack. Latney is a point-producer and good in that role. - Justin Young