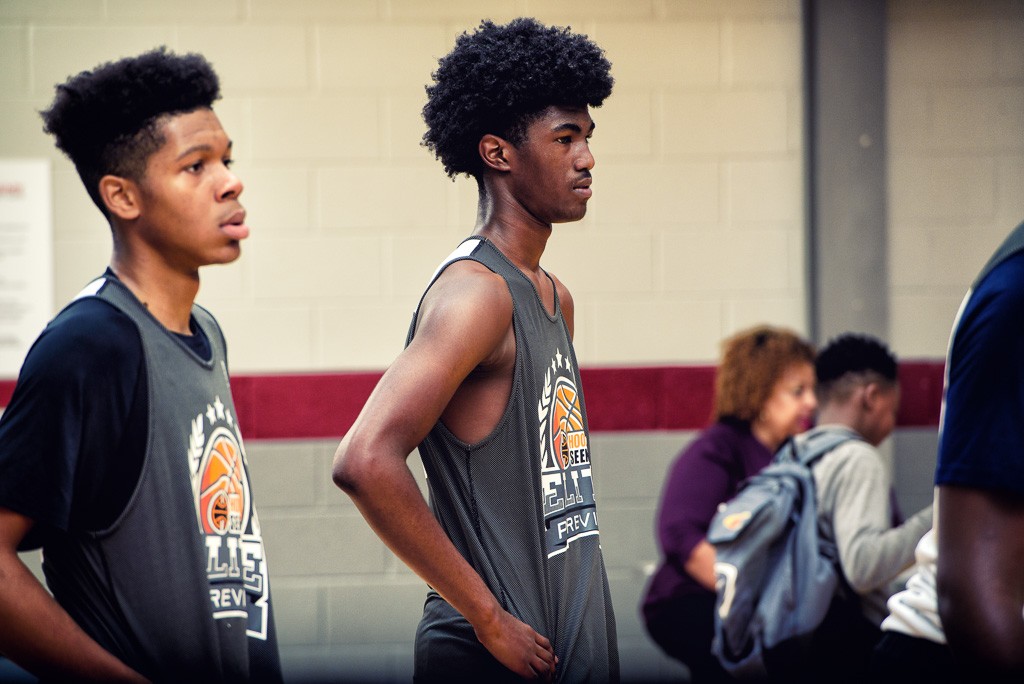 Quincy Ademokoya, Dacula, 2020: Arguably one of the best overall players at the camp, the Illinois transfer was a no-brainer Top 10 overall performer according to our staff of evaluators and coaches. Read more about his dazzling day HERE. - Justin Young

Jordan Brown, Northside Warner Robins (GA), 2021 (pictured): The 6-foot-7 forward was one one of the nice surprises of the camp. He’s a long forward that has a nice touch and decent range on his shot. There is a lot to like with him down the road and we were glad to see him in this setting against high level talent. Brown proved that he belongs in this group. - Justin Young

Isaiah Caldwell, Heathwood (SC), 2020: He’s a capable ball-handler that plays with a high basketball IQ. Rarely did he turn the ball over and he relished in the opportunity to make the right play. Caldwell has a good frame at 6-foot-3 and saw above the defense when he was the decision-maker. - Justin Young

Stone Evers, Oak Mountain (AL), 2021: A gritty guard with great basketball IQ, Evers mixed up his playmaking and his shooting touch with good variety. We were impressed with his decision-making and ball-handing skill set. - Justin Young

Brandon Harris, Beach (GA), 2020: There were rumblings about Harris coming into camp, and it's safe to say the Savannah Beach High School native lived up to the hype. At 6-foot-5, Harris already has great length and size for a wing on the perimeter. He was timid in the beginning, but as the day went on, the sophomore became more comfortable with his surroundings. Harris has a decent skill level and is a threat from behind the three-point line, as he converted a number of treys throughout the day. - Garrett Tucker

Jusuan Holt, St. Francis (GA), 2021: Holt was one of the most skilled players we had at the Elite Preview. At 6-foot-3, the St. Francis (GA) product showed nice ball skills to go along with an impressive shooting ability. Each time Holt took a shot, there was a chance for it to go in. The freshman has a nice frame already and could play some big minutes with his high school team. - Garrett Tucker

Down Odom, St. Francis (GA), 2020: It is becoming a common occurrence to see the bouncy and aggressive guard in our Top 10 overall performer space from the Preview camp series. He’s one of the best overall players in the Peach State and always plays at the level. Read more about his showing HERE. - Justin Young