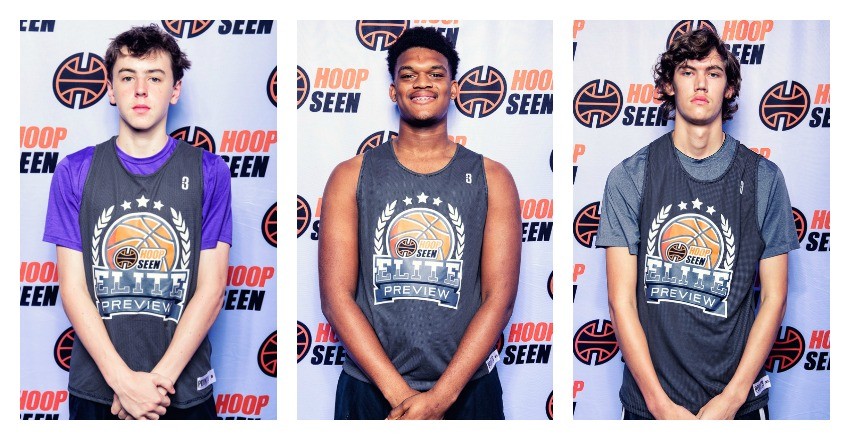 Frank Anselem, Westlake (GA), 2021: As we noted in our Top Performer recap, the 6-foot-10 big man was the best shot-blocker in the camp. He was dominant inside the paint as a shot changer. Read about his overall performance HERE.

Dillion Jones: An interesting player in a big 6-foot-6 frame. He’s strong enough and good enough in the paint to be a problem for defenders. But he also showed off some face up skill along with some strong ball-handling. Jones plays with a great motor and proved himself as a finisher. He’s at his best when he is pounding in the paint but also hits shots as a face-up four man. - Justin Young

Alec Oglesby, Collins Hill (GA), 2020: The 6-foot-4 guard is wired to score and he was consistently pumping in the points. Oglesby was at his best when he was attacking the rim with the dribble and scoring off the bounce. He got into transition well and shined in the open floor. He hit open shots when the moment presented itself.

Sutton Smith, King’s Ridge (GA), 2021: There was a lot of buzz with the 5-foot-8 floor general throughout the day because of his terrific passing, good ball-handling skills and speed with the ball. He ran his team as good as any one on Sunday at camp. Smith was easy to coach and was a coach on the floor. - Justin Young

Jonathan Sweeney, Cherokee (GA), 2021: The 6-foot-6 forward played with terrific energy and worked hard to get tough rebounds and defended the post very well. Sweeney was at his best when he grabbed the rebound and looked to the open court with a transition pass. On the offensive end, Sweeney showed that he can hit the 17 footer. Game to game, he was consistent and at a camp, that is the most important thing. His camp coach said he reminded him of a young Evan Cole (current freshman at Georgia Tech). - Justin Young

Jaden Walker, Discovery (GA), 2020: One of the best overall point guards in the camp, Walker raised the overall level of play for his entire team. Read about his top 10 overall performance HERE.

Bryce Wilson, Dacula (GA), 2021: A long defender who proved himself as a great teammate. He took to teaching very well and found his role on this squad as a willing defender, passer and rebounder. He will need to work on his shot and dribble as his continues his development at Dacula. - Justin Young