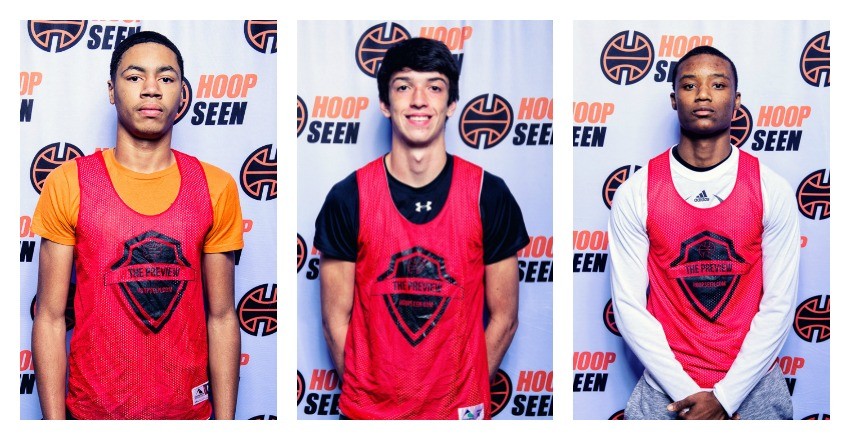 Mason Bierster, Horizon Christian Academy, 2019: The 6-foot-4 guard loved the dribble pull-up move and scored it well from that. He can play with his back to the back to the basket. The 6-foot-4 wing is a tough, hard-nosed defender, too.

T.J. Boykin, Maynard Jackson, 2018: With his skill and length, Boykin was on cruise control throughout the day. The 6-foot-7 wing can handle it well and has some upside to his game. - Garrett Tucker

Adrian Cohen, Etowah, 2018: Despite being committed to Tusculum, Cohen came in like he was playing for a scholarship. That's just how this kid is wired. Cohen plays with a constant motor and does the little things needed to win. He had an impressive showing on Saturday. - Garrett Tucker

T.J. Johnson, Tri-Cities, 2018: The sub six-footer hit the short corner jumper as his go-to play. His game improved throughout the event.

Julius Porter, Alexander, 2019: Porter is an intriguing prospect at 6-foot-5. The lengthy forward is a smooth operator and has decent ball skills. He showed flashes here and there, and also showed there is potential with his shot. He knocked down a couple of 15-foot jumpers over the course of the day. - Garrett Tucker

Ben Sheppard, Greater Atlanta Christian, 2019: A longterm prospect, Sheppard is starting to come into his own. He took care of business by hitting the open jumper on this particular day. We like his ball-handling and decision-making. A lot to like with him moving forward.

Austin Sloan, Houston County, 2019: Sloan snuck up on opposing teams with his sneaky athleticism and burst. At 6-foot-7, he has a solid skill-set to go along with his size. Over the next few years, Sloan will need to add some strength to his frame so he can take bumps better. - Garrett Tucker

Timothy Stargell, Miller Grove, 2018: One of the best guards of the camp, Stargell, Jr. played with tremendous quickness. He shot the 15 footer well and gets to the basket with ease. He’s a smart point guard that did a good job of talking on defense. He kept the ball on a string. Overall, he was stellar on Saturday.

Jalyn Williams, Veterans, 2020: A young guard with a lot of upside, the 6-footer from Middle Georgia can grow into a big guard that could cause some match-up problems. He has good basketball IQ.