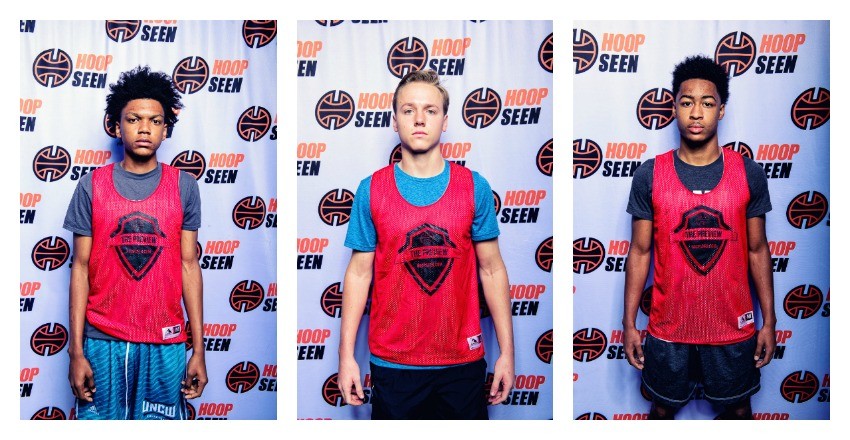 Peyton Aikens, West Forsyth, 2019: Aiken shot a good three-ball and was effective in the mid-range. He used both hands well at the rim and his energy level is good on both sides of the floor. He has a great shot selection. - Douglas Byrd

Casey Armour, Henry County, 2018: Armour made an impression with his energy at the guard position. Standing 6-foot-3, Armour rebounded well and pushed the ball in transition. He showed a decent three-point shot, but was at his best when attacking the paint and finding a way to win 50/50 balls. He will have a great chance to make an impact his senior year with the Warhawks. - Kyle Sandy

Kalik Brooks, Alpharetta, 2019: The ultimate “glue guy”, his coach said Brooks was always good for a bucket, a stop, a rebound, an assist and a dive for a loose ball. Brooks seemed to deliver with high energy. Brooks did a nice job of playing above the rim. He has a great feel to the game and shot well from three. Brooks is also a good ball-handler with high IQ. - Douglas Byrd

James Glisson, III, Southwest DeKalb, 2019: James Glisson rose his stock among 2019 forwards with his dominant play on Saturday. The 6-foot-6 post was at his best in a setting which usually isn’t conducive to post play. Glisson was aggressive, throwing his weight around in the paint and punishing the rim with dunk after dunk. Glisson even faced up and attacked from the high post while tossing in a handful of mid-range jumpers as well. If Glisson controls the paint like he did this weekend, Southwest DeKalb will be a dangerous team in Class AAAAA. - Kyle Sandy

Jordan Krueger, Walton, 2019: Jordan Krueger made a case for being one of the best and most consistent shooters at camp. The lefty posted games of 15 and 17 points with a combined seven threes. While his bread was buttered on the perimeter, Krueger still managed to get some paint drives where he either scooped in a layup or found an open shooter outside. It was a very steady day of work for the Walton Raider. - Kyle Sandy

Rodney Lewis, Douglas County, 2018: A slight of build 5-foot-10 guard, Rodney Lewis looked cool under any duress. He was able to get his teammates involved with games of five and four assists, while still hunting his own shot from deep. He cashed in five three-balls in a narrow two-point victory and always seemed to be in control of the action. - Kyle Sandy

Donnell Nixon, Buford, 2019: A cat quick/speedy guard, Nixon put pressure on the defense. He was really good end-to-end as the primary ball-handler. He shot the long ball with good accuracy. Nixon also passes the ball well with both hands. He’s a good on the ball defender and pesky. - Justin Young

Semaj Rice, Henry County, 2019: Semaj Rice did the dirty work with a defensive mentality. Rice didn’t mind letting his teammates shine offensively while he chipped in in other ways. He was always around the ball and stuck his nose in rebounds, fighting for extra possessions. - Kyle Sandy