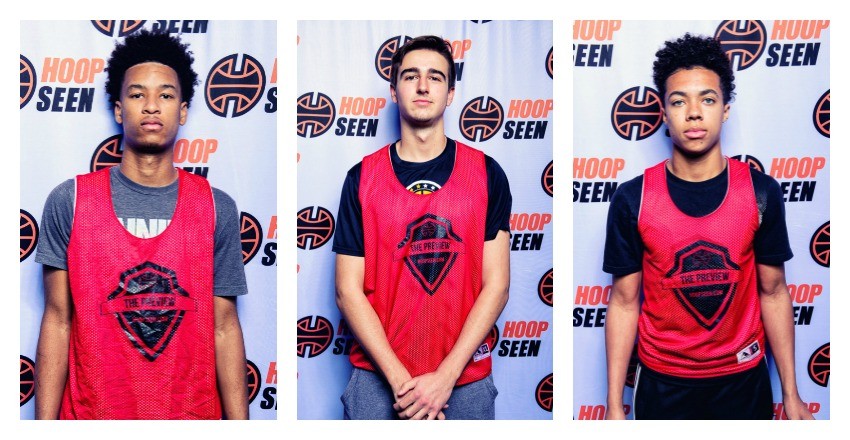 Ronald Bates, Deerfield Windsor, 2019: Ronald Bates made a nice impression inside. A burly 6-foot-6, Bates had a strong back to the basket game with a powerful drop step and some nimble spins baseline. Defensively, he turned back three shots and gobbled up six rebounds. Bates was one of the more productive big men in camp. - Kyle Sandy

Khy Collins, Long County, 2019: Hello! The small town guard with a small frame put up big shots and scored with big numbers. The 5-foot-10 guard shot very well and shined as a drive and drop passer to his big men. Collins was one of the nice surprises of the camp and will be a guy we watch from afar this high school season.

Kendrick Cox, Screven County, 2018: The 6-foot-4 guard will defend with purpose and get into his opponent with physical play. On the flip side, he was good on the offensive end, too. Cox did his best work in transition.

Mandarius Dickerson, Collins Hill, 2018: The 6-foot-2 guard was one of the best seniors in the camp. He has a smooth jumper and went to work as a perimeter scorer and shooter. He rises quickly and shoots at the top of his release. Don’t be surprised to see Dickerson put up good numbers at Collins Hill this season. He’s wired to score and worthy of a low-major look.

Luka Jaksic, Fourth Prep, 2019: The 6-foot-8 forward did a nice job of grabbing the rebound and then running the floor. He can step out and hit the three ball all the while scoring in the paint. As he adds strength and more toughness down low, Jaksic should see his game open up even more. All and all, it was a solid showing for the junior big man.

Sterling Johnson, King’s Ridge Christian, 2020: The 6-foot-4 small forward had bright spots and showed promise. Johnson had a nose for the ball and scored when going downhill. He knocked down two threes in an 18-point outburst. Johnson hasn’t had the fanfare like other 2020s across the state, but his performance today points to him having a very nice high school career. - Kyle Sandy

Hunter Norman, North Cobb Christian, 2018: Hunter Norman brought his trademark flair and court vision to the Fall Preview. Norman got into the paint and often made good decisions with the rock. Defensively, he was a pest on ball handlers, picking up six steals and pitching ahead to open men. Norman will be asked to score the ball some more his senior season at North Cobb Christian. - Kyle Sandy

Karon Taylor, Claxton, 2021: The 5-foot-9 guard picked his spots to shine as he utilized his good speed and perimeter offense.