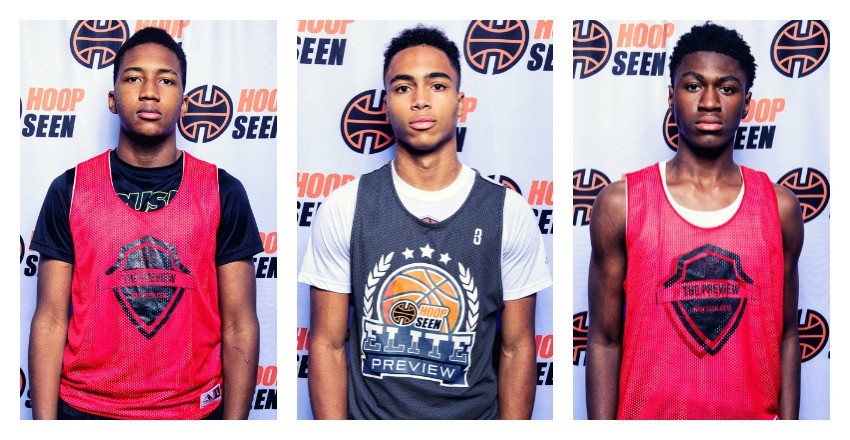 The Georgia Fall Preview proved to be the stage for players to start their story. We begin our post-event coverage by taking a look at the story starters from the action.

Cameron Armstrong, CG, South Paulding (GA), 2019: One of the few players that had his best game in the last game. The 6-foot-3 guard put on a shooting show in the final contest of the day and was in a beautiful zone. He drilled three-pointer after three-pointer and did so off the bounce, off the catch, in the open floor and with a defender on him. Armstrong isn’t so much a sleeper in the HoopSeen world but his play was elevated to a level that we haven’t seen from him before. His point guard decisions were also on point.

RayQuan Brown, SF, Mundy's Mill (GA), 2019: The 6'5" super long wing showed flashes of why hoop heads in the south Atlanta burbs are high on his long term potential. Brown is at his best when he’s around the basket and has a nice second bounce for offensive rebounds and putbacks. It looks like he’s still trying to find his comfort zone as a positional player. That said, there were flashes of good things to come for Brown.

Nicholas Clifton, SG, Screven County (GA), 2018: The 6-foot-4 guard returned to the Preview camp with purpose and took advantage of the stage that was provided. He flat out competes and shined of the offensive end of the floor. Clifton plays bigger than his size because of his athleticism and long arms. He hit some shots from three and attacked with the dribble. He’s a very intriguing guard worth a good look by the low-major schools.

James Glisson, III, F, SW Dekalb (GA), 2019: “Have you seen the Glisson kid yet?” That was a common question among our coaches and staff members during the Fall Preview on Saturday. The long 6-foot-6 forward played with an active body and proved himself as a player that can be good with the ball down low or as a face-up player. He played great above the rim and was a good pick and pop option, too. Glisson, III was, without question, the biggest stock raiser of all of the Georgia players at the Fall Preview.

Jamel King, F, Paul Bryant (AL), 2020: Talk about saving the best for last. The young forward made the drive over from Alabama and found his groove in the final game of the day. The 6-foot-6 forward exploded for eight three-pointers in the final 20 minutes of action of camp. When most guys were fighting off cramps or just sheer exhaustion, King threw it into fifth gear and took off on the offensive end of the floor. He looked very comfortable as a wing scorer. He’s long, active and every bit the high ceiling guy. King likes to rebound and run. It was a very good first impression kind of day for the sophomore.

Jordan Krueger, SG, Walton (GA), 2019: Our camp director Douglas Byrd raved about the shooting touch of the 6-foot-3 guard. Krueger was one of the best shooters in the camp, found his rhythm and went to work. He set the tone for what should be a big year at Walton.

Eli Lawrence, SG, Tri-Cities (GA), 2018: The long 6-foot-4 guard showed a nice variety of skill throughout the course of the day. He scored with defenders on him. He shot well. He defended well. He rebounded well. Overall, it was a nice productive day of fundamental work. Low-majors will want to take a peek at him this season.

Kamar Robertson, PG, Cambridge (GA), 2019: Terrific day for the confident floor general. His ball-handling skill allowed him to get to the rim with speed and with timing. He plays with great pace and has nice vision to make the right passes. Robertson didn’t turn the ball over and was an eager defender. He’s made big strides from the last time he came to our Preview camps. Robertson was one of the best point guards at the Fall Preview camp on Saturday. 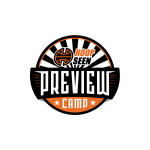