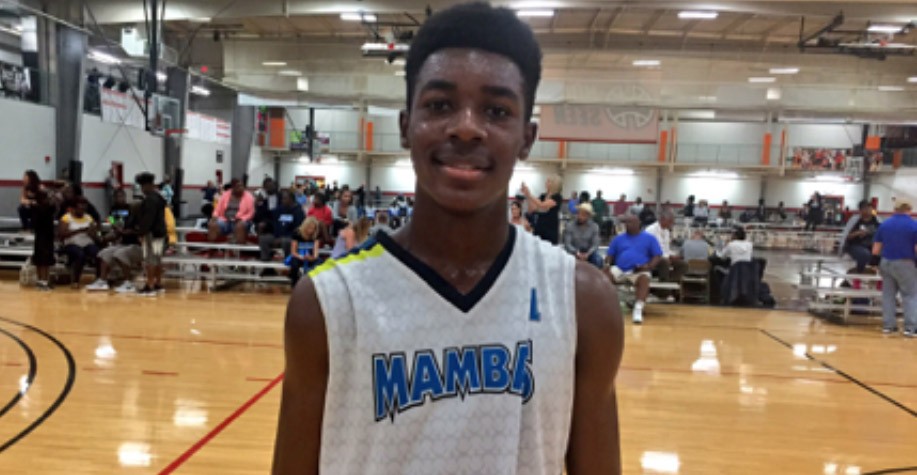 Day two of pool play at Suwanee Sports Academy consisted of another strong set of games. I had the chance to catch quite a few 17U and 14U division games throughout the day. Here’s my Friday notebook:

Elijah Thomas brought a lot of energy and effort to Dream Elite’s 2pm date with the Minnesota Knights. He put up an active 22 points while Toccoa Falls commit, Dylan Brandenburg added 15 points. While his team was unable to lock up the victory, Kingston Myles had a performance that absolutely should not go unnoticed. The speedy point guard got to the rim with an explosiveness that is flat out hard to contain.

Sports Academy South looked poised in their double digit win over Active Elite. They came in with a defensive energy that would rattle even the most confident of ball handlers. Isaiah Bauman and Deonatae Carter each contributed 15 points and continued their solid play.  Destin Exinor, the Active Elite big man, made it known that he was the strongest player in the gym. His athleticism could give a lot of players problems at the next level.

The dynamic duo of Stevin Greene and Devin Butts had yet another stellar performance but couldn’t chalk up a win against 17U Team Strong. The two combined for 27 of their team’s 36 points, scoring 13 and 14 points respectively. Malik Foston put up 8 points to help out. Team Strong’s Keivaziay Ball was a frequent visitor to the free throw line, where he got 8 of his 12 points.  Cody Boyd shot the ball well, from deep and in the midrange, adding 13 points. Martavius Darden rounded out their offensive triple threat with a smooth 11 points.

The Suncoast Mambas clung to a five-point lead at the half, due in part to 15 first half points from David Mazon. The post from Florida found a rhythm early on and did not let up. What was most impressive about his game was his accuracy from midrange. Because he was so effective attacking the rim, defenders chose to sag off, which opened up the 15-foot jumper that Mazon hit with precision. The West Georgia Warriors would slow him down a bit in the second half and found some offense in Justice Devone, who finished with 10 points. Robbie Ambrester contributed with 11 points as well, but Mazon and the Mambas were able to edge out the win. Michael Freraccio hit 3 threes on his way to 15 points, and Curtis Butler closed out the scoring with 13 hard earned points.

The Georgia Kings had three different players in double figures in their matchup with Treasure Coast Titans but still couldn’t put enough points on the board to pick up the win. Jaylin Sellers lead the way with 13, while Jaques Holt and Aaron Pitts weren’t too far behind with 12 and 10 points respectively. The Titans got a huge game from Daquan Gonzalez, who poured in 24 points almost effortlessly. Jeremiah Denaud had another solid outing, contributing 11 points in the win.

In a game that started out at an incredible pace, both teams eventually settled down offensively. A half-court game didn’t mean less scoring though, at least for Georgia Xclusive. Despite just a five-point lead at halftime, Xclusive built up a twenty-point lead with about nine minutes to go in the second half. Alfred White put up 12 of his 20 points in the second half, while Matt Cleveland and Devon Cottle both had 10 in the same time span. Cleveland finished with 16 points. Robert Reisman and Imre Earls scored 9 and 8 points respectively for Georgia Dream.