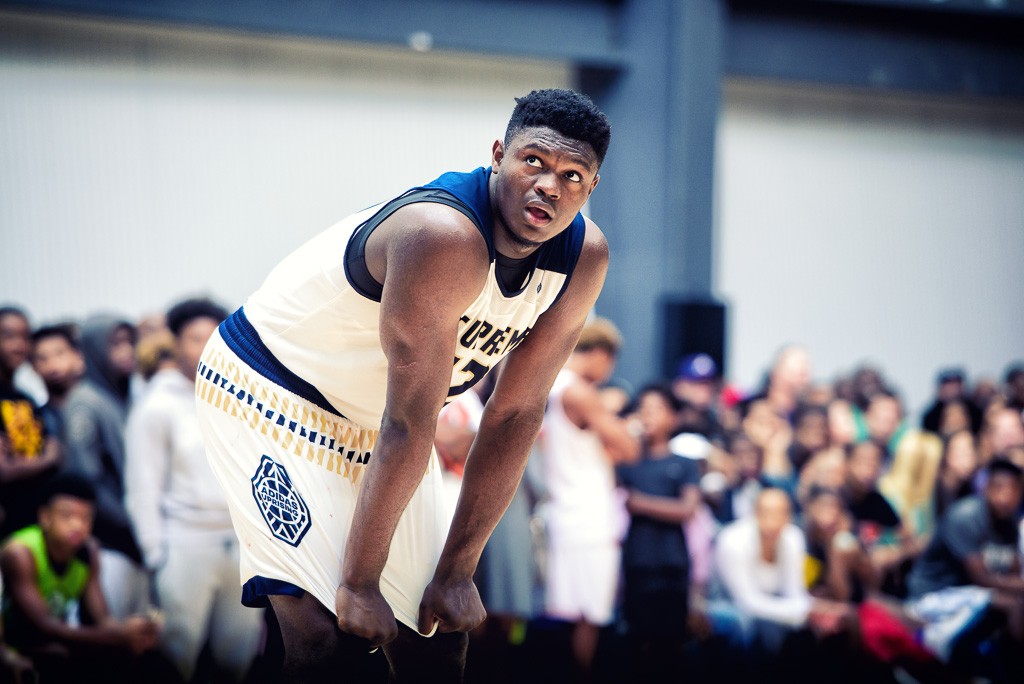 The 2017 Best of the South was one of the best events we’ve hosted since launching our company seven years ago. The talent was off the charts and the games were spirited and competitive. The hundreds of college coaches that made it out left with a long list of players to recruit. We look back at the best of the Best of the South.

Best show: Zion Williamson, SC Supreme. Is there any surprise here? He’s the most viral amateur player in the world and every time he hit the hardwood, Williamson was the trending topic. To Williamson’s credit, he wanted to give the people what they came to see. He is the most explosive and most powerful player in the country.

Best moment: The Zion vs. Emmitt Williams game was as good as advertised. The two five-stars locked horns on the biggest stage the South can offer and the two brought it. Williams and his E1T1 team won the game on a buzzer beater and Zion won the individual battle with 37 points in a masterful performance. The crowd rushed the court to just see the South Carolina man child up close and personal. They wanted selfies. They wanted just to say what’s up. It was a scene that will be hard to upstage moving forward at our HoopSeen events.

Best team(s): This is a hard one to drill down just because of the depth of talent at this year’s event. But winners matter. And the two teams who worked to win out, earned this spot. The Atlanta All-Stars and AC Georgia both brought home trophies. The All-Stars had to put away Hawks Elite, Team Knight, Da House and  Ball4Lyfe to claim a trophy. AC Georgia beat SEBA Select, Big Joe's Ballas, EOTO and Florida Elite to win their bracket. Both teams played like teams and both teams saw their players shine on the biggest of stages with wins. You can’t ask for more than that.

Best riser: KJ Williams, Da House. What a week it was for the 6-foot-7 forward from Mississippi. He was terrific on the glass. He was terrific as a scorer. He was terrific as the role of the event’s best sleeper. In a class that lacks significant depth as the big man position, Williams earned a spot on several “must get” lists. He’s a priority for the top Southern mid-major schools.

Best underclassman: Scottie Barnes, Thunderstruck. With a lot of focus finding it’s way to guys like Zion Williamson, Emmitt Williams, Vernon Carey, Jr., Khavon Moore and Nasir Little, Barnes wasn’t too far off in his overall play. The long and athletic forward has a chance to become a top 10 national prospect in the class of 2020 once the lists start to level off and all of the young prospects have been seen nationally. Barnes was one of the best long-term prospects in the 2017 Best of the South and he was a key member of the most dominant team in the event. See more on that here…

Best young team: Thunderstruck. What a squad this is. The young Floridians owned the big stage and tore up the field. Truth be told, they could have played up two age groups and faired well at the 17U division. They won a 16U bracket with ease. The squad is full of huge players at each of the respective positions. There are at least four high major players on the roster in Barnes (see above), Antwan Burnett, Leonard Manuel, Gervon Dexter and more.