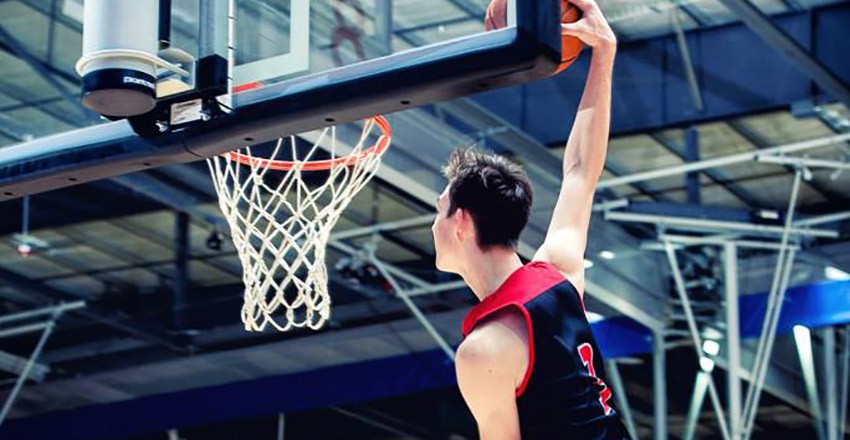 We continue our look into the top performers from the 2017 Best of the South. The 17U division was loaded with talent. College coaches from all levels were able to see the next wave of prospects on the South’s biggest and best stage. Here is part V of our Top Performers.

Collin Castleton, Team Knight, 2018 (pictured above): Castleton was one of the most sought after big men at #BOTS with his mixture of size, length, and skill-set. He still has a long way to go physically, but it's hard to deny the upside and potential that Castleton brings to the game. A skilled 6-foot-10 post prospect, Castleton is very comfortable extending his game to the perimeter and looks like a very successful Princeton style offense type of player. His quality hands, feet, and mobility have the likes of Xavier, Illinois, Clemson and others hot on his trail. - Garrett Tucker

Ricardo Clouden, SEBA Select, 2018: Size, speed, burst, athleticism; Clouden has some very good physical tools and was able to use them to his advantage at Best of the South. He keeps the ball on a string and is able to beat defenders off the bounce to get into the paint and cause chaos for opposing defenses. There weren’t many defenders that were able to keep him in front of them this weekend and that trend should continue throughout his career as he has elite level speed and quickness. He flew under the radar at BOTS, but low major coaches should be checking in on the Florida product. - Carter Wilson

Phillip Desrosiers, Pro One Select, 2018: No one took advantage of their stage more this weekend than Desrosiers. In front of 100 college coaches in ProbOne Select Grey's matchup against the Atlanta All-Stars, Desrosiers, a 6-foot point guard, put on a show with 25 points. Coming into the weekend, Desrosiers  already holds offers from some Division III institutions. However, after that game alone, Desrosiers should see a spike in his recruitment. Several non-major programs were inquiring about his efforts after the game. A solid and sturdy point guard, expect him to be closely followed by Division II and Division III programs throughout the high school season. - Garrett Tucker

Adam Flagler, Atlanta All-Stars, 2018: Flagler proved his value at Best of the South, and that value comes as a shot maker. Whether it’s a spot up from three or one and two dribble pull ups in the midrange, Flagler showed that he was one of the top shot makers in the field. He was consistently on the receiving end of some great set ups from Alex Jones and the two were a backcourt to be reckoned with all weekend, ending with a championship win on Saturday night. Low major programs were inquiring about Flagler all weekend long. - Carter Wilson

Nick Honor, E1T1, 2018: Honor came through in clutch. Whenever E1T1 needed a bucket, he was the guy to go and get it, including stealing the show in the game of the tournament with a game winning three to beat SC Supreme. He is a very skilled lead guard and has toughness for days. Even though he may not have the best size or athleticism, coaches still raved about what he can do. He is a player that could potentially ruin a highly ranked college team’s March in the coming years. It’s hard not to like what Nick Honor brings to the table as a point guard. - Carter Wilson