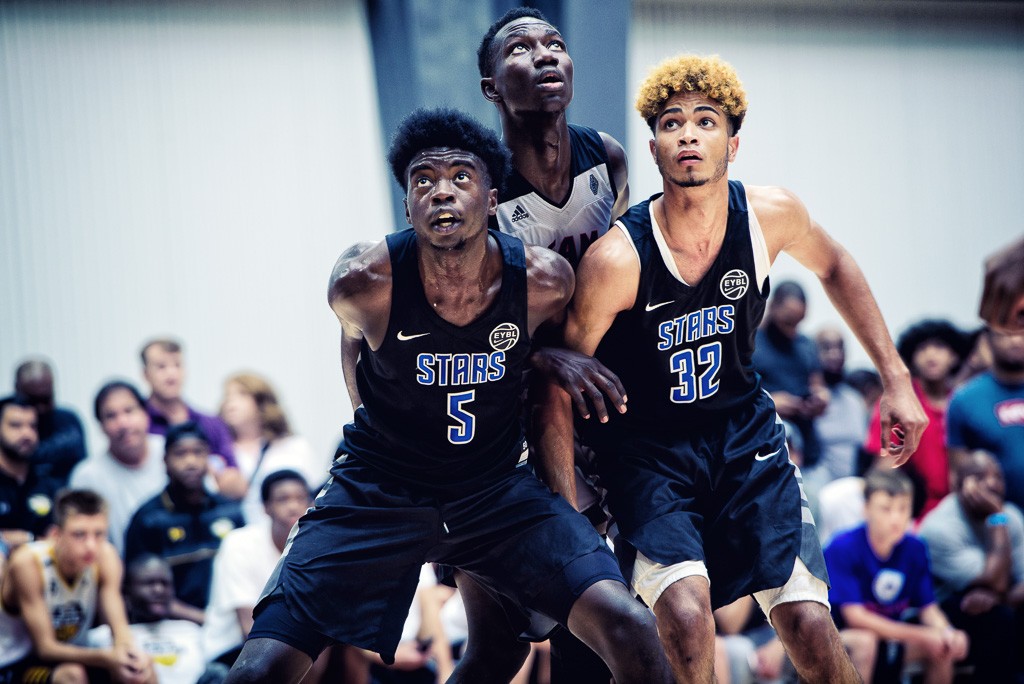 We continue our look into the top performers from the 2017 Best of the South. The 17U division was loaded with talent. College coaches from all levels were able to see the next wave of prospects on the South’s biggest and best stage. Here is part III of our Top Performers.

Dontarius James, SC Supreme, 2018: The majority of the fans in attendance to watch South Carolina Supreme were there to watch the Zion Williamson show. However, James brought a host of coaches to his games and he performed very well. A tough, 6-foot-8 power forward, James showed off a tremendous mid-range shooting display as he had several tough shots throughout the weekend. The rising senior is an ideal face up for man with his ability to score the ball in a variety of ways from 15 feet and in. While many mid major programs are hot on his trail, don't be surprised to see some high major programs begin to dabble with the lack of size in the South. - Garrett Tucker

Dorian James. Florida Elite, 2018: North Florida has had success in recent years because of their ability to identify local talent early. James, a long 6-foot-5 wing, fits the mold of what North Florida has excelled with in the past. Capable of putting the ball on the floor or keeping the defense honest from three, James proved he was one of the most impressive players in attendance this weekend. He's productive now, but this is another local prospect heading to Jacksonville that will keep the Ospreys at the top of the A-Sun. - Garrett Tucker

Grant Singleton, Team South Carolina, 2018: Singleton played like a guard we have become accustomed to seeing from a Lamont Simmons team: he played hard, he played fast, and he was aggressive. Singleton has a great offensive game and can beat you in a variety of ways. He showed that he is cat quick off the bounce and can get to the rim when he wants, but where he shined at BOTS was shooting the ball from the perimeter. He proved that he can knock down shots when given the opportunity, which is so crucial for a smaller guard. Throw in some lock down defensive abilities with the offense he showed and you have a guy that coaches were very curious about. - Carter Wilson

Josh Strozier, Alabama Celtics, 2018: A definite top ten 2018 player out of Alabama, Strozier plays with incredible energy. The Holt High School SG grabs every 50/50 ball and board. He scored the ball consistently for the Celtics at BOTS and caught the attention of quite a few coaches. If his high motor doesn’t make you take notice, his vertical definitely will. Strozier put down more than a couple impressive dunks over defenders throughout the weekend.  He’s got offers from North Alabama, Alford State, and most recently, Wingate after BOTS. Samford and Jacksonville State are also interested. - Bre Singleton

Rashun Williams, Georgia Stars, 2018: Sure, Zion Williamson was the most athletic forward in the field, but Rashun Williams was definitely in the conversation as well. He proved time and time again that he can make unbelievable plays above the rim while also showing other ways to score and create for himself. He is the ultimate slasher, always looking to get to the rim and finish with athleticism. However, he also is fantastic attacking and pulling up in the midrange to get buckets as well. He is a mid-major priority recruit, but he may have pushed himself over the high major barrier at BOTS. - Carter Wilson