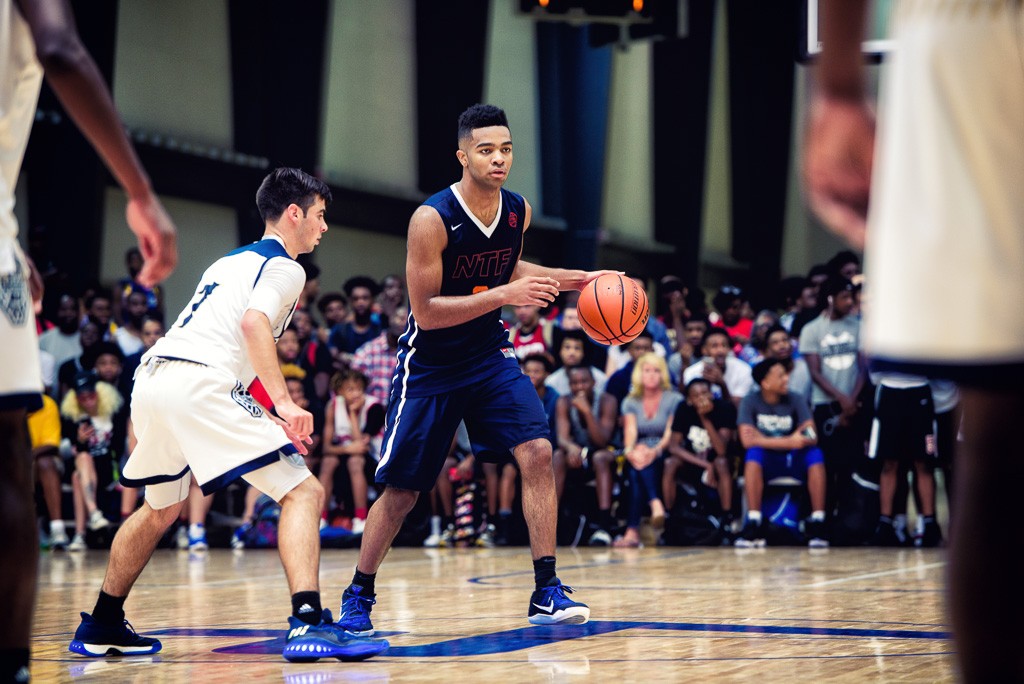 There was a  terrific guard flavor to the 2017 Best of the South. Our staff continues our look at the best players from the loaded event. In our continued coverage of the top performers, this six player sampling examines some of the best guards in the field.

KJ Jenkins, AC Georgia, 2018: Despite a slow start, Jenkins was able to really turn it on as the tournament went on, making a lot of shots down the stretch of the event and helping lead AC Georgia to a championship in the process. He was huge shooting the ball from three, even converting on multiple four point plays. He is a very offensively gifted player who held his composure and responding well after a slow start to his week. Low majors should be tracking his progress and it would not surprise me to see him become a popular recruit with LM schools across the southeast. - Carter Wilson

Alex Jones, Atlanta All-Stars, 2018: Jones was the player of the tournament in my book. He was the ultimate point guard and did exactly what he has become known for: winning. He scored the ball well from all three levels of the floor, particularly attacking the paint, but what he did best was set up his teammates. Assist after assist, the Atlanta All Stars players were consistently on the receiving end of plays made by Jones and they converted open looks gifted by him. He also showed his toughness and leadership abilities all weekend and may have had the best week of any point guard in the field. Don’t be surprised if his stock jumps up, with more mid majors getting involved. - Carter Wilson

Myreon Jones, Georgia Stars, 2018 - Jones had a fantastic weekend with the George Stars. The long 6-foot-3 combo guard displayed the ability to play both guard positions effectively. He shot the ball extremely well from behind the arc, and showed a nice feel for the game and an even better pace of play. Several mid major programs are hot on the trail of Jones, but he may have broken their hearts this weekend – don't be surprised if some high majors start recruiting him going forward. - Garrett Tucker

Cooper Robb, Tennessee Bobcats, 2018: Few players helped their recruitments more than Robb did at the Best of the South. He averaged 22 points a game at the tournament and wowed when his team had the big stage. Some high-majors asked about him and all of the major Southern mid-majors stalked him throughout the week. Robb was brilliant when it mattered and was one of the best overall guards in the event. He should see his recruitment take on a priority level status this week for the final eval period. - Justin Young

Tada Stricklen, Da House, 2018: Toughness, grit, athleticism: those are the three qualities that Stricklen showed that he has in bunches, and it proved to be very beneficial for him at Best of the South. He was fearless on both ends of the floor, challenging opponents no matter their name or ranking. He scored the ball from all three levels and provided some lock down, 94-feet defense all weekend and made the defensive play of the tournament with a blocked dunk against Nike Team Florida. He earned his first two offers from SELA & Morehead State at BOTS, but expect that list to grow even further as his career continues. - Carter Wilson

Kyle Sturdivant, Nike Team Florida, 2019 (pictured above): Sturdivant played like strong, physical scoring guard that we have all known him to become. Whenever Nike Team Florida needed a bucket, he was the guy to go and get it for them. He was in attack mode all weekend, finding ways to get himself to the rim where he finished consistently while also drawing contact and getting to the line. There were a number of high major coaches that came through to see him play and that trend will continue for the rest of his high school career. Despite being a highly regarded player, he still seems underrated in the 2019 class. - Carter Wilson