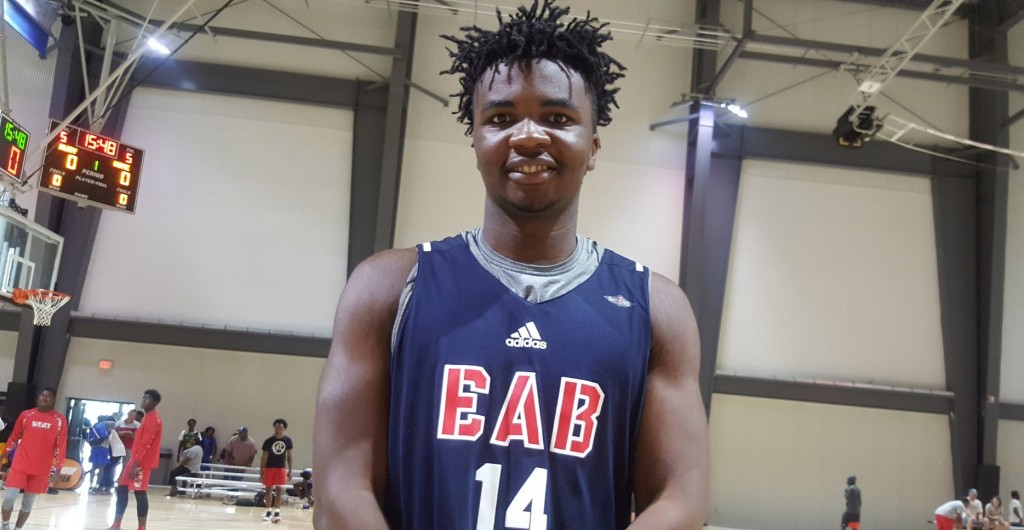 The younger divisions of the Best of the South are historically rich with talent. This year was no different. The 16 and under division unveiled a number of players to keep your eyes on for the future. Here are five more of our top performers from the event.

RELATED: Top 16U performers Part I

Davier Dixon, PSB Select, 2019: Dixon showed a lot of poise and confidence over the course of the BOTS tournament. In a three-point win over a very solid Memphis Prep team, Dixon put up 19 points and had several nice dishes. He takes advantage of his trips to the free throw line and manages the game like a consummate PG. - Bre Singleton

Donald Fitzgerald, EAB Tigers, 2019 (pictured above): One of the biggest players in the 16U field, Fitzgerald did not rest on the fact that he was big the entire weekend. He played with as much motor and energy as anyone else and was extremely active in all facets of the game. While he still is not the most skilled big man, his effort alone makes him a high level player. At a powerfully built 6-foot-9 he was able to hit the glass hard, block shots, and convert on finishes at the rim with power dunks. As his skills continue to progress, look for him to be a highly sought-after big man. - Carter Wilson

Demarcus Johnson, Mooresville Magic, 2019: The Mooresville Magic 16U squad was one of the bigger surprises of the week at BOTS and Johnson had a lot to do with that. A high level athlete with good size on the wing, Johnson scored the ball at a high level all week long. He showed all the physical tools of a legit mid major prospect. He competed every second he was on the floor and played with aggression. He attacked the rim hard and made high level athletic finishes in the paint as well as competed on the defensive side and hit the glass hard as well. He was one of the most eye opening players in the 16U division and one that LM & MM coaches should be tracking hard. - Carter Wilson

Leslie Nkereuwem, AC Georgia, 2019: Nkereuwem continues to trend upward this summer. The long, 6-foot-7 forward has all the athletic tools to be a successful player at the next level. He continues to develop at a rapid pace, and, with a non-stop motor, the rising junior is someone that could make a splash in Georgia this year. Nkereuwem is really good at making something out of nothing – he gets tough rebounds and loose balls that translate to production. - Garrett Tucker

Earl Smith, SR1, 2019: Smith showed how intriguing of a prospect that he is at a long 6-foot-3 and being able to play the role of floor general while also scoring the ball in a number of ways. He shot the ball well from three and he also played with a lot of pace and high basketball instincts. He ran the show well for the SR1 16U team who had some very good moments throughout the weekend. The ceiling is very high on this young point guard from the Magnolia State and he is certainly a name to stash in your memory bank. - Carter Wilson