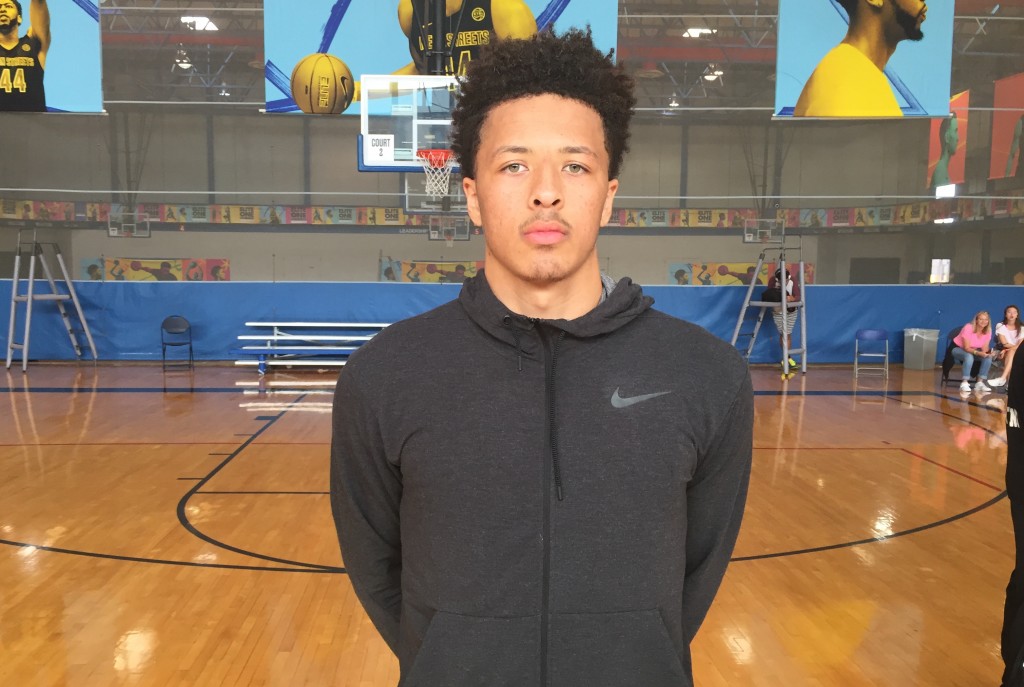 Several talented wings and forwards emerged from the competition and made noteworthy impressions. With plenty of versatility and length on display, here are the top wing performers from the Nike Elite 100:

Cade Cunningham, 2020 SF, Bowie (TX): A nice, unexpected surprise, Cunningham (pictured above) walked away from the Elite 100 as one of the most eye-opening guys that participated in camp. Blessed with a strong, sturdy frame for a rising sophomore, Cunningham was one of the best playmakers off the dribble. He used his slithery slashing ability to carve up defenses and get to the rim time and time again. Cunningham displayed a smooth, fluid game and the ability to use both hands. He has a solid skill-set and is a terrific passer. Cunningham’s all-around game makes him an early 2020 guy to keep an eye on.

Keion Brooks, 2019 SF, North Side (IN): In the initial round of games, Brooks was caught settling for jump shots behind the three-point line. However, as the camp went on, the athletic, 6-foot-6 wing man proved he was one of the best slashers in camp. He still needs to improve at finishing with contact, but Brooks was one of the best transition players with his ability to play above the rim. The rising junior also caused some problems with his length on the defensive end and looks like someone that could be an above-average defender at the next level.

Luke Anderson, 2019 SF, Lakeland (FL): From start to finish, there wasn’t a more consistent player than Anderson. Coaches knew what to expect from the 6-foot-6 forward each time out, as he did just about everything on the floor. The son of an NAIA coach, Anderson has a high basketball IQ and concentrates on the smallest details on the floor. Anderson hit shots, defended, rebounded, and handled and passed the basketball with confidence. He wasn’t the most flashy guy at camp, but Anderson is a terrific glue guy and someone that will help a college program win games. 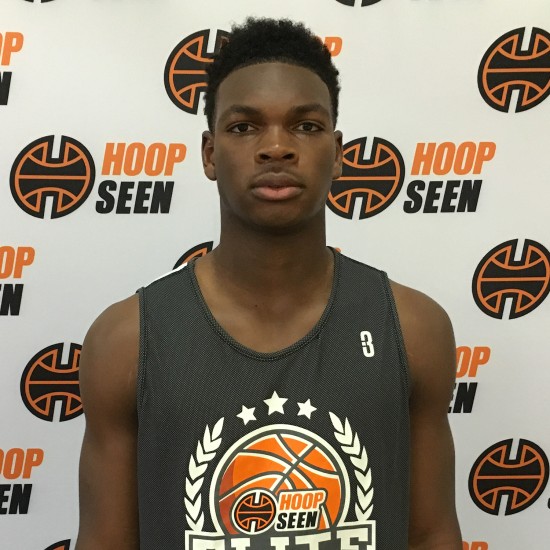 Marcus Watson, 2019 SF, Buford (GA): Watson has always been notorious for his brute power and strength, but this weekend the Georgia native showed he can score from the outside, too. The 6-foot-6 wing man knocked down several shots from the perimeter during game-play, raising some eyebrows with his game. Watson still excels at putting his head down and launching himself to the rim, but he proved there is more to his arsenal than just overpowering athleticism. He enhanced his stock over the weekend.

Addison Patterson, 2020 SF, Athletes Institute (CAN): The ability to get buckets translates from country to country – just ask Addison Patterson. The Canadian wing is wired to score the basketball and does a masterful job at getting to the rim. The rising sophomore excels as a straight-line driver, as he uses his strength and size to gain the upper hand on opposing defenders. He finished very well at the rim and also mixed in some 3’s. While it’s still early for him, Patterson is another talented Canadian to keep tabs on.

Nate Tabor, 2020 SF, Our Savior New American (NY): Tabor was one of the most physically imposing wings in camp despite being a 2020 prospect. Built with a stout frame, the rugged wing was also one of the toughest players throughout the weekend. The 6-foot-4 wing is hard-nosed and relentless attacking the rim. He embraces contact with the best of them and has the ability to finish through contact. Tabor is still far from a finished product, but his production is hard to deny at this point.

Trendon Watford, 2019 SF, Mountain Brook (AL): One of the most versatile wing-forward prospects in attendance, Watford was a challenge to guard for almost all defenders throughout the weekend. The 6-foot-8 forward made the most of his size and ball skills and played with a purpose. Watford excelled at attacking the rim and finishing off of spins around the basket. While he isn’t quick off the bounce, Watford was hard to handle with his combination of size and skill-set. He also knocked down some jumpers to keep defenders honest.

Isaac Okoro, 2019 SF, McEachern (GA): Okoro was one of the most engaging five-tool players on display at the Elite 100. The bouncy wing made an impact on both ends of the floor, whether it was scoring, defending, rebounding, or passing. An overpowering athlete, Okoro looked to punish defenders by dunking them through the rim. Most of his damage occurred at the rim, but he brings value on the defensive end of the floor, too. With the ability to defend the 1-3, he will find a nice home at the next level.