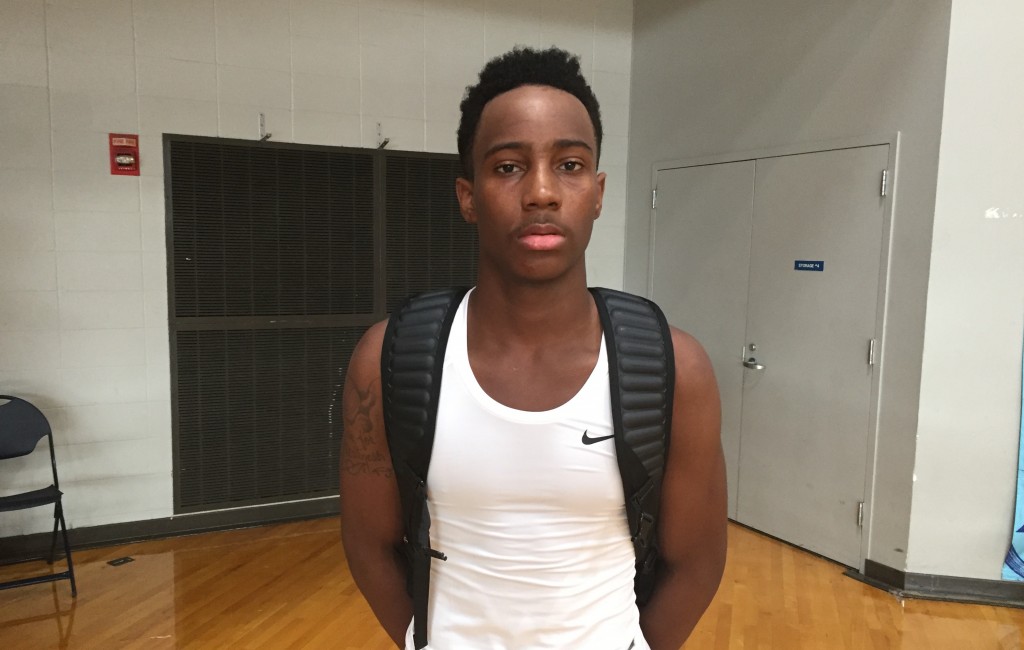 As expected, guard play dominated the action from start to finish. Several young guards were exceptional and continued their strong summer action. Here are the top guard performers from the Nike Elite 100: 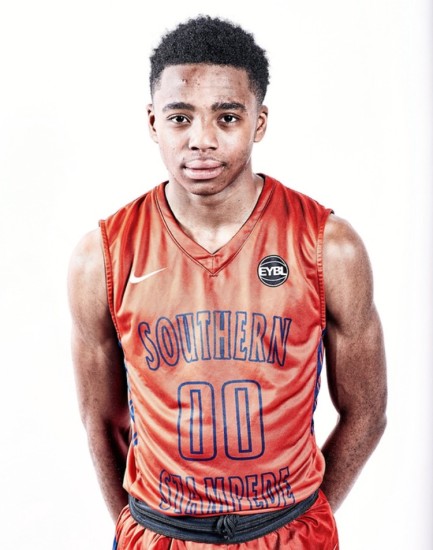 Jalen Lecque, 2019 PG, Christ School (NC): You’ll be hard-pressed to find a more exciting point guard than Jalen Lecque. The 6-foot-2 guard was one of the most explosive guards in attendance with his elite athleticism and jumping ability. Lecque has the unique ability to get a basket whenever and however he wants, especially when attacking the rim and he did that at will during the duration of the Elite 100 camp. While his shot isn’t consistent yet, Lecque knocked down a number of tough, contested shots with hands in his face. With the game on the line, coaches will want the ball in this guy’s hands. 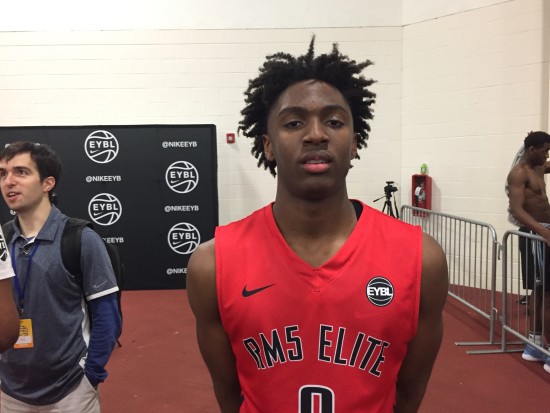 Tyrese Maxey, 2019 CG, South Garland HS (TX): Maxey came out a little slow in the opening set of games Friday evening, but the explosive scorer had things figured out by Saturday morning. The Texas native is a well-rounded scorer that is no stranger at going on scoring spurts in a hurry. The 6-foot-2 guard is explosive attacking the rim, where he has a knack for getting to the free-throw line. He also mixed in a number of floaters over bigs and some shots from the perimeter. When he gets things going from three-point land, Maxey is nearly unstoppable at scoring – and a nightmare for opposing defenses.

Kira Lewis, 2019 PG, Hazel Green HS (AL): Unlike many of his peers at his position, Lewis didn’t dominate the game by scoring. Instead, the 6-foot-2 floor general showed he is more than capable of being a pure point guard at the next level with his ability to get his teammates involved. Lewis was also one of the best guards at changing and differentiating his speeds down the floor. He picked his spots for scoring, as he did a nice job of displaying good decision making in pick-and-roll opportunities and scoring for himself. 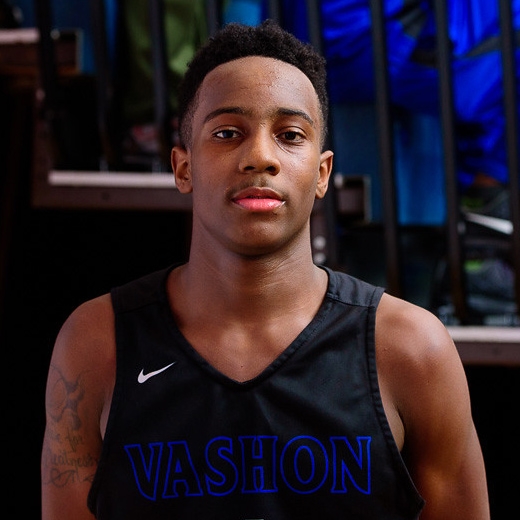 Mario McKinney, 2019 CG, Vashon HS (MO): McKinney (pictured above) made the most of his short trip to hometown Saint Louis University, as he showed he was one of the most electric guards in attendance. The 5-foot-11 guard spent the majority of his minutes with the ball in his hands and was hard to handle off the bounce. McKinney did a masterful job of carving up the defense and attacking the rim, where he finished in a variety of different ways. He finished at the rim amongst post players and was one of the most efficient lay-up makers in the field. McKinney isn’t a point guard, but he sure knows how to use his quick-twitch speed to put the ball in the basket. 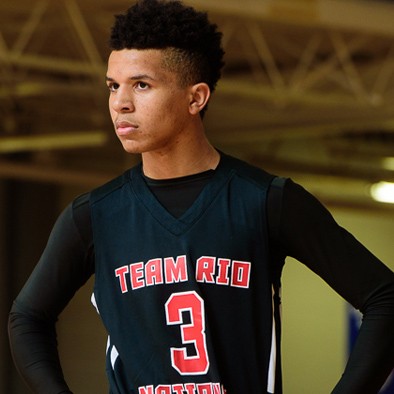 Cole Anthony, 2019 PG, Archbishop Molloy HS (NY): Anthony made his presence known from the beginning as a vocal leader with words of encouragement for his teammates during drill work. The 6-foot-1 floor general has terrific leadership skills and is someone players will love to play with at the next level. A decent athlete with a quick first step, Anthony excelled at attacking the rim and making plays in the lane. He showcased his elite court vision with nice dump-offs through traffic to players in the lane. Anthony backed up his high ranking as a point guard in the 2019 class. 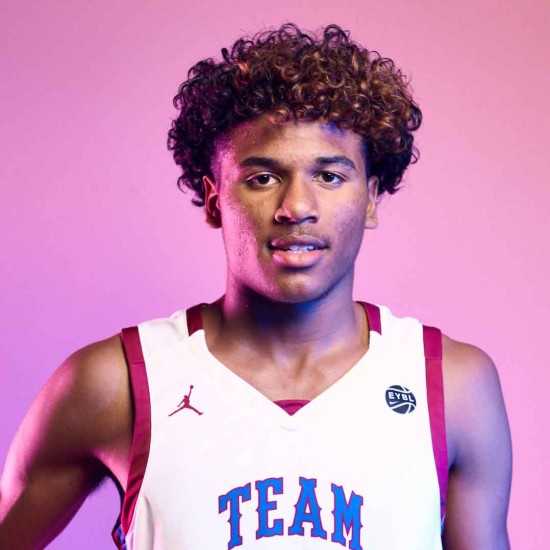 Jalen Green, 2020 SG, San Joaquin Memorial HS (CA): There weren’t many 2020 standouts, but Green was arguably one of the top guys from start to finish. The 6-foot-3 guard is wired to score the basketball and he did a nice job of connecting on shots from behind the three-point line early and often. He also displayed an advanced mid-range game that may be the best in his arsenal. Green distanced himself as one of the best offensive players in the field, as well as one of the top prospects at the Elite 100. 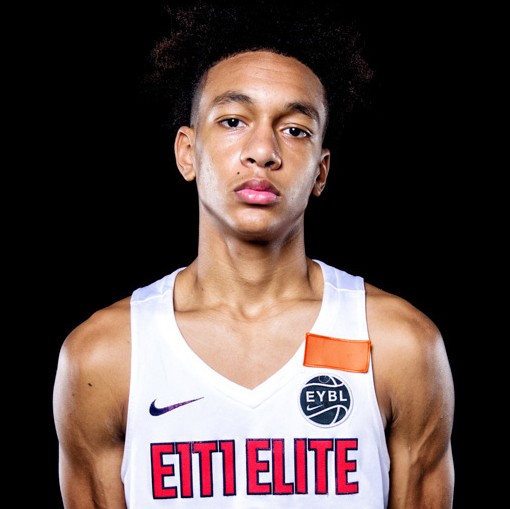 Tre Mann, 2019 PG, The Villages (FL): Mann continues to showcase his value as a pass-first point guard. The 6-foot-2 floor general was one of the best facilitators in the camp field, as he displayed a high basketball IQ and seemingly made the right play time and time again. Mann is a gifted passer with his ability to put the ball on the money through traffic and with defenders draped over him. He is fantastic at running a team and putting his team in the best positions to win. Mann’s athleticism gets better by the day and he continues to be a reliable shooter from deep. He’s easily one of the top options at the point guard position in 2019.