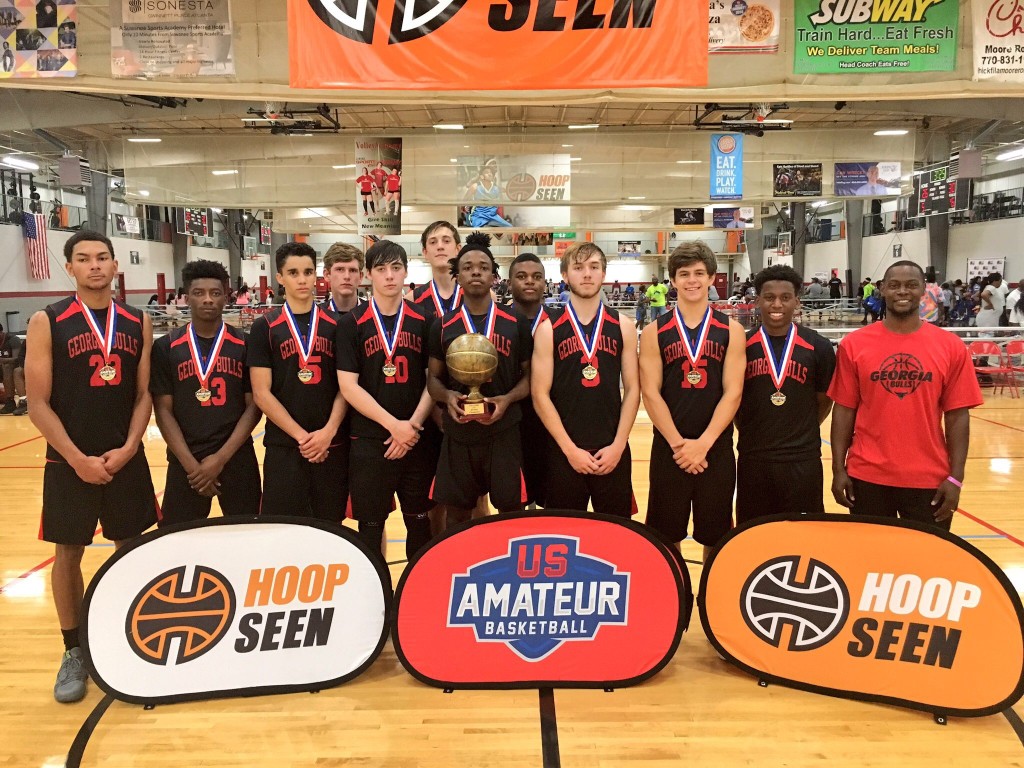 For the second straight season, the Georgia Bulls ended the Georgia Cup circuit as the champions. The Augusta-based program built off great team chemistry and clutch play in the fourth quarter to bring home the 17U Georgia Cup Finals championship with a 68-63 win over Hoops 360.

Class of 2019 guard Kalen Williams had some monster plays in the final eight minutes of play and Mike Dukes scored five of his 10 points in the final quarter of play.

Williams scored 15 of his 17 points in the fourth quarter and all of his buckets came in the second half of play.

Ryan Jolly scored 18 points in the championship game, capping off his strong weekend of work.

Hoops 360 had a great game from Noah Kenney, who scored 22 points in the title game. He is an all-tournament selection for the tournament. Shelton Zeon, Jr. finished with 14 points and Nuri Parkinson finished with 11 points. - Justin Young

In a back and forth game from the tip, the Georgia Havoc lived up to their name with lock down defense down the stretch to claim the Georgia Cup Finals championship. The Augusta-based program shut down the Middle Georgia Ballers 50-42 to claim the gold.

The Havoc were paced by Tony Sanford’s 17 points in the win. He did a good job of constantly attacking the rim. Jyheem Rollins added 13 points in the championship game. Jaheim Harris scored seven and Allen Walker scored six points.

The Georgia Heat beat Atlanta Assault 50-29 in the 16U orange bracket of Georgia Cup Finals.

Gregory Smith led all scorers with 14 points. Trevon Stanford added 11 points while K'won Bush and Copeland Jackson both ended with 7 points for the Georgia Heat.

Oh, what a game this was. Team Showcase beat TNBC 70-64 to claim the gold trophy of the Georgia Cup Finals. But it was much more than that. Team Showcase had to hold off a heck a of a TNBC rally before they lifted the championship trophy.

The game featured two of the best performers from the entire weekend in Cameron Bryant of Team Showcase and Anthony Hardy, Jr. of TNBC. The two class of 2020 players brought their A games in this one.

Bryant, a multi-positional 6-foot-5 rising sophomore, scored a team high 22 points for Team Showcase. Hardy, an aggressive and speedy guard, finished with 35 points in the game and did just about everything for TNBC in the defeat.

Team Showcase had 12 points from Jordan Smalls and eight points each from Jabiri Smith and Jamaine Mann. TNBC had 13 points from Cody Kaplan. - Justin Young