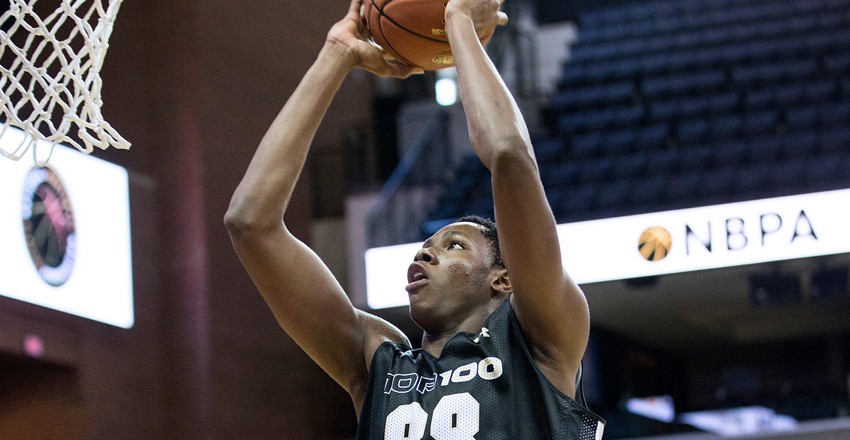 The NBPA Top 100 camp tips off on Wednesday and we’ll be there to cover the action. Here are some of the things that I will be watching:

1. Charles Bassey is the best NBA-level prospect in the camp this year. He was one of the best players, performers and prospects last season at the camp. In a guard-dominated camp, Bassey could stand alone as the best big man in Charlottesville.

2. Some of my best memories at the NBPA Top 100 camp have been anchored in big man play. I’ve seen some of the best bigs in the game go at it on this stage. There are some big men battles that will be worth watching in Charlottesville.

The quartet of Kofi Cockburn, David McCormack  Armando Bacot and Naz Reid should be a war in the low blocks. All four have some beast levels of skill in the paint and seeing them go at it should be fun. Those types of match-ups are why this camp is so important.

3. We’ve seen the rise for Ayo Dosunmu this spring and that doesn't come as a big surprise given what our former National Editor Corey Evans has said about him for the last two years. Dosunmu is moving into consensus five-star status. Can he leave the camp with an even higher profile?

4. And what about Canadian Luguentz Dort? I’ve long banged the drum for him to be a national top 25 player. There is a strong possibility for him to be one of the camp’s leading scorers. He’s a physical guard with a terrific competitive foundation.

5. A match-up of 2018 five-stars Immanuel Quickley and Jahvon Quinerly would be juicy. The two guards have been incredible this spring. The Northeastern guards are big guards with big games and big college potential. Pairing the elite guards against each other would serve the pair well and the camp well.