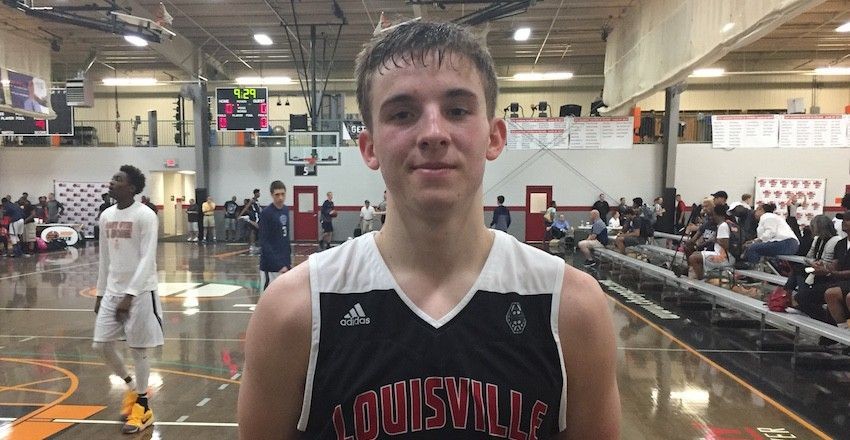 The 2017 Bob Gibbons Tournament of Champions is in the books and field was deep with talent. Our staff watched hundreds of players and made sure we saw every team in the 17U and division. We begin our Top Performers from the weekend and start with the Super Six from the tournament.

Caleb Catto, SG, Team Knight, 2018: What a weekend it was for the Floridian. The 6-foot-6 guard was consistently good all weekend long. He posted a modest 14 points a game on a team that you could make an argument was the most balanced team in the field. He’s a nice mixture of size, athleticism, shooting and foul line buckets. Catto has been on a roll this spring and should be a fine mid-level priority guy in the July live period events. - Justin Young

KK Curry, SF, Team NLP, 2018: Big weekend for the ultra athletic Volunteer state product. All the accolades are legit, his length and overt athleticism were on full display at the HoopSeen Bob Gibbons Tournament of Champions. He's a beast defensively, he has reliable handles and got to the basket at will. His outside shooting needs some fundamental tweaks but he knocked down several deep shots leading his Team NLP deep into Sunday action. - Andre Whitehead

Kalu Ezikpe, PF, AC Georgia, 2018: One of the most popular Georgia prospects of the Spring, the AC Georgia big man continued his good play at Gibbons. He has the size and skill set to be a dominant player when he wants to and he had big moments where he established himself as a force on the block. He has a great go-to move with a hook over his right shoulder but is also a reliable jump shooter in the paint. He can rebound the ball at a high level and hold down the middle with his size. Overall, he continued his progression towards being a well established presence in the landscape of Georgia basketball this weekend. - Carter Wilson

Ashton Hagans, PG, Game Elite, 2019: Hagans came into Gibbons as one of the best point guards in the field and he did not disappoint in the slightest. As always, he plays with a savvy and understanding that is well beyond his years. He did most of his work in ball screens where he was extremely patient and knew when to make his move and either scored at the rim, drew contact to get to the line, or found a teammate for an open look. He is the definition of a true point guard and the attention that he gets from high level college coaches is no surprise when you watch him play. He is the type of guard that any coach would love to have on the floor.  - Carter Wilson

Andrew Taylor, PG, Louisville Magic, 2018: In one of his first tournaments with the Louisville Magic, 2018 point guard Andrew Taylor impressed each time out. The 6-foot-2 guard is an extremely dangerous shooter, as he showcased his ability to stretch the defense with plenty of 3’s throughout the weekend (17 over the course of four games). Taylor also has an outstanding feel for the game and consistently makes the right play. He does an outstanding job of delivering passes on the money for his teammates and putting them in good positions to score. It’s easy to see why some of the top mid-major programs in the country are hot on his trail. He averaged 21 points on the weekend. - Garrett Tucker

Kris Wooten, SG, Stackhouse Elite, 2018: Wooten was the best shooter in the field at Bob Gibbons. He had the stroke working all weekend as he continuously knocked down three ball after three ball. He was really hot on Sunday and led Stackhouse Elite to the championship with his shooting and ability to put up points from beyond the three point line. There is a ton of value in what he provides and that was very evident with the way he scored the ball all weekend at the Bob Gibbons TOC. He hit an amazing 27 three pointers over the course of six games played. All but one of his made field goals were triples. — Carter Wilson