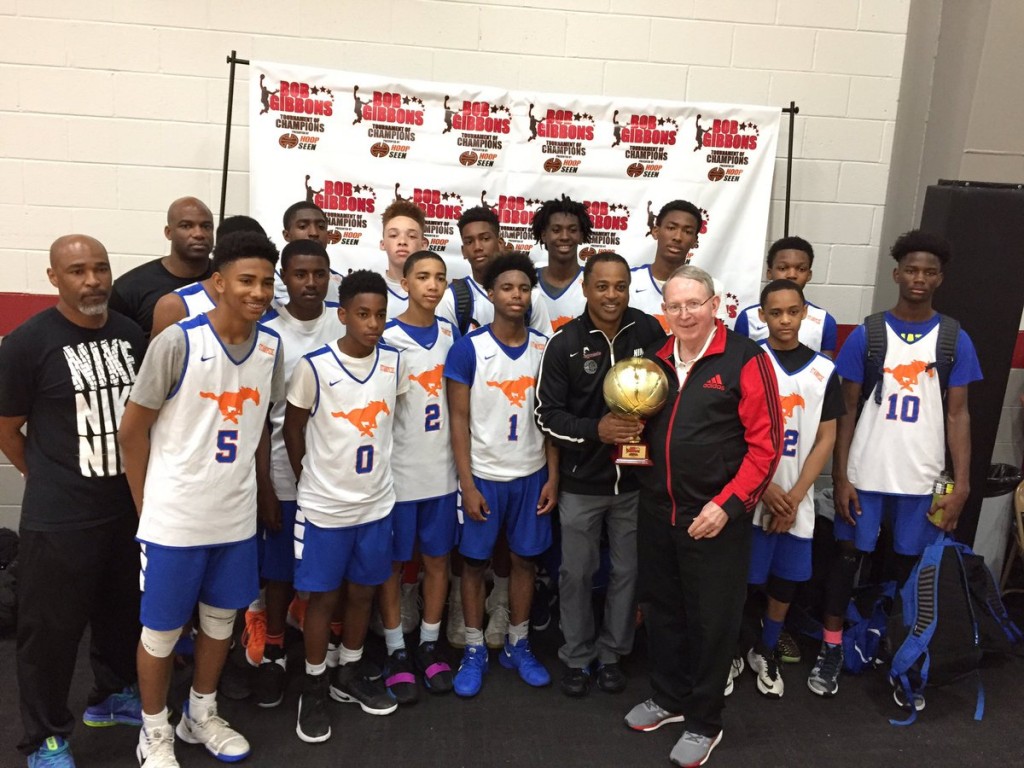 The Southern Stampede clamped down on Peyton Daniels in the second half and turned a 27-24 lead into a 66-42 victory after ripping off a 13-0 run to start the half, never looking back. Top Flight’s Daniels got hot from deep to open the game, drilling three three-pointers to carry the attack. In the second half, the Stampede made a concerted effort to not allow Daniels any open looks. He finished with 12 points, not enough as the Stampede started to have their way. Randy Brady, 6-foot-2, scored a game-high 17 to pace the Stampede. The multi-positional forward played all over the floor, his length causing problems on defense and on offense, finding it easy to dissect the defense and score over smaller defenders. Running mate AJ White took over in the final 16 minutes after being held scoreless in the first half. The shifty point guard dropped 15 points and orchestrated the offense to perfection.