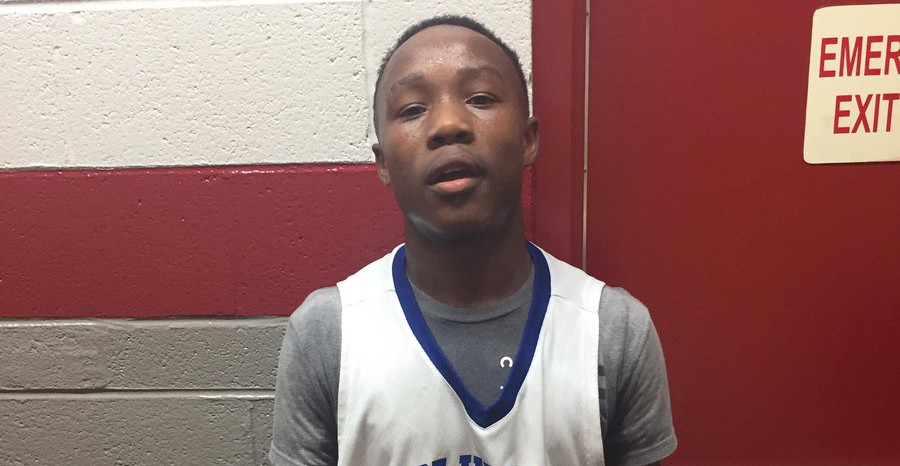 Here’s what I saw during day 2 of the Georgia Cup IV here at Suwannee Sports Academy.

There were many players that stood out to me today, but two performances separated themselves from the rest.

In the 15U Division, Arthur Knight poured in 29 points to lead the Columbia Hoyas to a 81-46 win over the Georgia Kings. Knight knocked down a handful of 3’s and was able to get to the rim all game. The shifty guard provided a big spark for his team all game in the easy win.

The best performance that I saw all day was the one that Damontrez Ruffin put on in the Southern ICONZ 73-70 win over the Georgia Livin Legends. Ruffin dropped 25 in the game, but 20 of those points came in the second half. Down 14 with 2 minutes to go, Ruffin took it upon himself to carry the Southern ICONZ back as he knocked down a couple of 3’s and hit a layup to tie the game with 1 minute remaining. Eshawn Hayes (12 points) knocked down the game winner to seal it for the ICONZ, but it was the Josey High School product, Ruffin, who put them in the position to win.

Another big game that I saw came from Tyson Pittman for the Roswell Bombers in the 11U Division. Pittman put up 17 points in a 42-34 win over God’s Property and could not be stopped all game.

Garrett Tucker mentioned him yesterday, but Javian Mosley is the real deal. He followed up his 28-point performance last night by scoring 22 points today for a 46-44 DEA Ballerz win over Warrior Elite in the 14U Division.

To finish up 14U, Brandon Glasco put up 20 points behind 4 3-pointers for the Montgomery Fire in a 63-39 win over Hoops 360. Also, Charles Fleming had 21 points for WE Elite as they beat the Walton Flames, 52-38. Both of these players played really well in the early morning.

The best team I saw today was the Georgia Stars 14U team. They beat Higher Power, 62-15, and were led by Taje Kelly (12 points), Corey Johnston (10 points), and Max Harris (10 points). This team pressed all game and shared the ball well to balance out the scoring in the game. There are many selfless players on this team and it showed in the big win today. Their stifling defense will also be hard to figure out for their opponents as the Stars moves throughout the tournament.

A team that will definitely challenge the Stars in 14U is the Coastal Crew Rebels. They beat the Walton Flame, 69-38, today behind 4 players in double figures. They’re such a balanced attack with Kaeden Twiggs (16 points) stepping out and knocking down jumpers, Jaheim Hudson (15 points) owning the paint down low, Paul Amaker Jr. (14 points) being the glue guy, and Ryan Swanson (10 points) running the point extremely well.

In the 10U Division, the Wellington Wolves was a team that really stood out to me. Travelling up from Florida, they beat the Georgia Kings, 46-15. Caden Gordon (10 points), Walter Brinkley (8 points), and Jaylen Bates (8 points) led the scoring for the Wolves, but it was a full team effort with suffocating defense as well as sharing the ball with their teammates.

Finally, the 15U Warner Robins All-Stars showed out again as they beat the Georgia Blue Devils, 61-55. Jamarcus Thompson had 20 points and following him were both Horace Johnson and Devin Brown as they scored 14 points apiece.