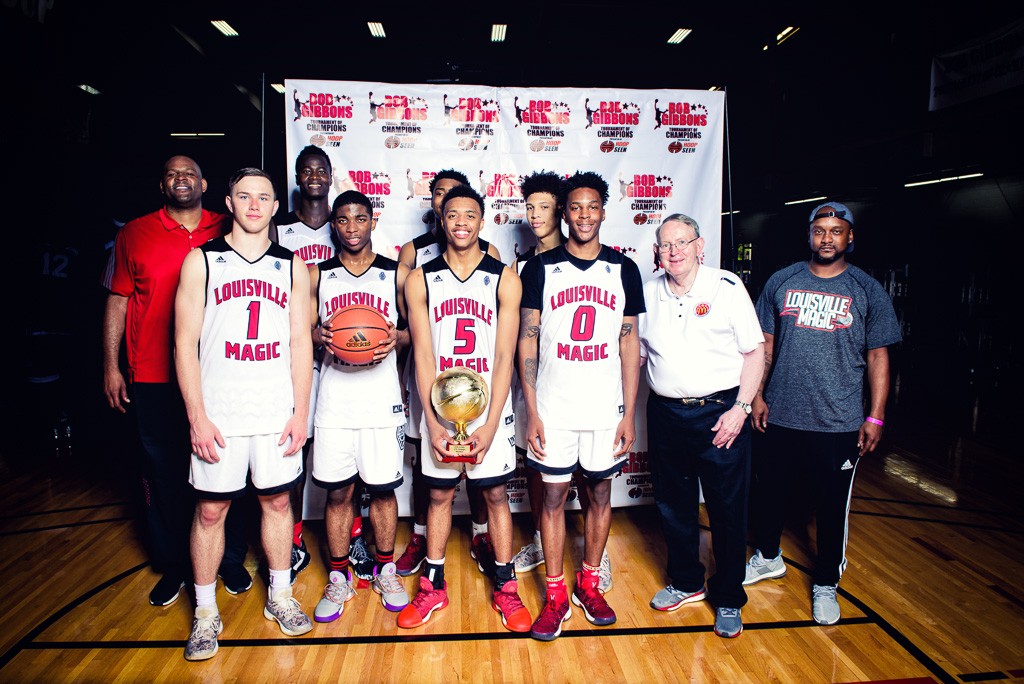 The Louisville Magic has bragging rights to the all-adidas Bob Gibbons Tournament of Champions 17U Orange championship, as they defeated Stackhouse Elite 68-55 Sunday afternoon.

The Magic was able to overcome an early first-half deficit after falling behind early. KyKy Tandy, an explosive point guard, led the way for the short-handed Magic. He finished with a game-high 29 points.

Tandy made the most of #Gibbons, as he put up big performances game after game. He saw it as a valuable experience.

“It was a great weekend. I feel like I played really well and we did good as a team,” Tandy told HoopSeen.com following the big win.

Stackhouse Elite came out with a commanding lead early, in large part due to Kris Wooten’s shooting clinic. The sharpshooter knocked down six three-point attempts in the first half and scored 25 points overall. - Garrett Tucker

Balance scoring from Florida Elite helped them pull away from Heat Check in the 17U Black championship game. Todd Novacek added 7 points to the 6 he put up in the first half to end with 13 and boost Florida Elite. Miguel Ayesa hit 3 threes on his way to 11 points, all of them in the second half. Nick Jiles and Bershard Edwards both added 8 points, Edwards’ coming by way of a couple three pointers. The only Heat Check player to score consistently was Jermon Clark. He put up 9 in both halves, hitting one from beyond the arc, but doing most of his damage in the paint. Mandarius Dickerson managed 9 for the game, all threes. Kevin Kayongo hit two from deep as well, but the even, balanced attack for the team from Florida got it done. - Bre Singleton