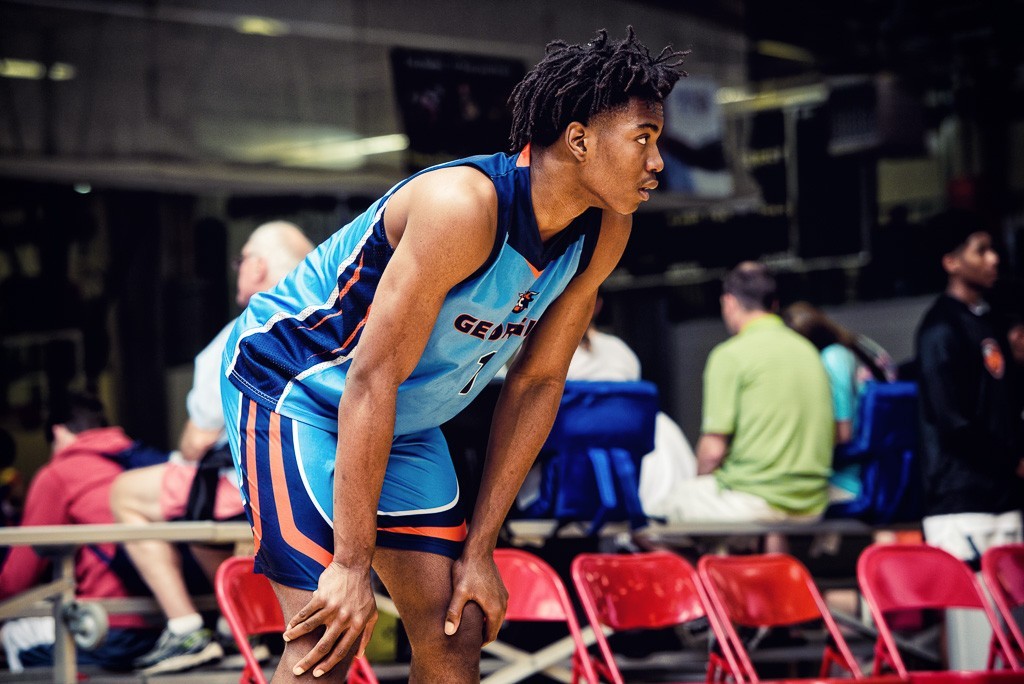 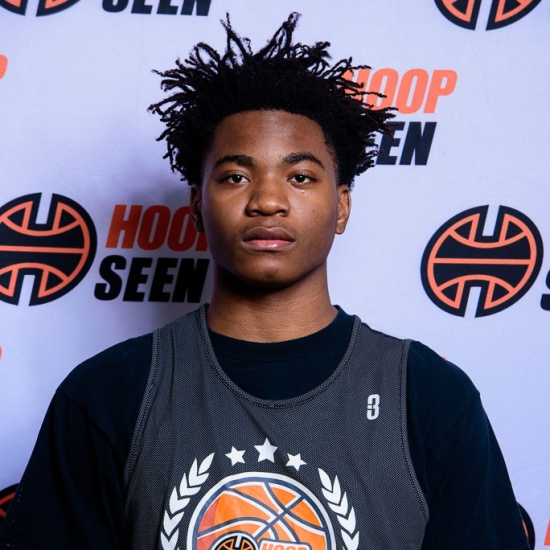 Saturday at the Bob Gibbons Tournament of Champions is one of those grind-it-out kind of days where teams are vying for seeding in bracket play and then bracket play begins late in the day. So, needless to say, there is a lot to take in over the course of fourteen hours of basketball. Here are some of the things that I saw today:

One of the more popular prospects in Georgia and across the southeast this sring has been Discovery (GA) & AC Georgia big man Kalu Ezikpe (pictured), who has received twelve mid major and low major offers in roughly the last month. At 6-foot-8 and 225 pounds, Ezikpe has the physical tools to be a dominant performer, and Saturday evening at Gibbons he was just that. He established his dominance in the paint, shooting his go-to hook shot over his left shoulder. He was also taking one dribble jumpers in the lane and hitting the offensive glass for finishes en route to a twenty-nine-point performance. He was extremely efficient and had his best performance of the spring, which says a lot with the spring he’s had.

The Palmetto State was well represented on this Gibbons Saturday. In the 17U Division, the Upward Stars York County gave AC Georgia everything they wanted and more. 2018 York Prep (SC) wing Jaron Williams was fantastic all game scoring thirty-one points. The 6-foot-6 strong bodied matchup problem scored the ball from all three levels and plays with an enthusiasm that is fun to watch. He has multiple LM & Division II offers and will likely add to that list in the coming conths.

In the 16U Division, Team South Carolina went toe-to-toe with Team Knight and the guy that I left the most impressed with from the game was Blythewood (SC) 2019 guard Tre Jackson. Jackson has a great feel for the game and loads of burst and quickness. He got the job done scoring in transition as well as distributing. The Upward Stars also have an impressive 16U bunch, and point guard Mikey Dukes was the leader of the group today. He is a tough floor general and is the guy that makes them go. They will continue bracket play on Sunday, and their group is a very dangerous one.

Quick Hitters from the Notes