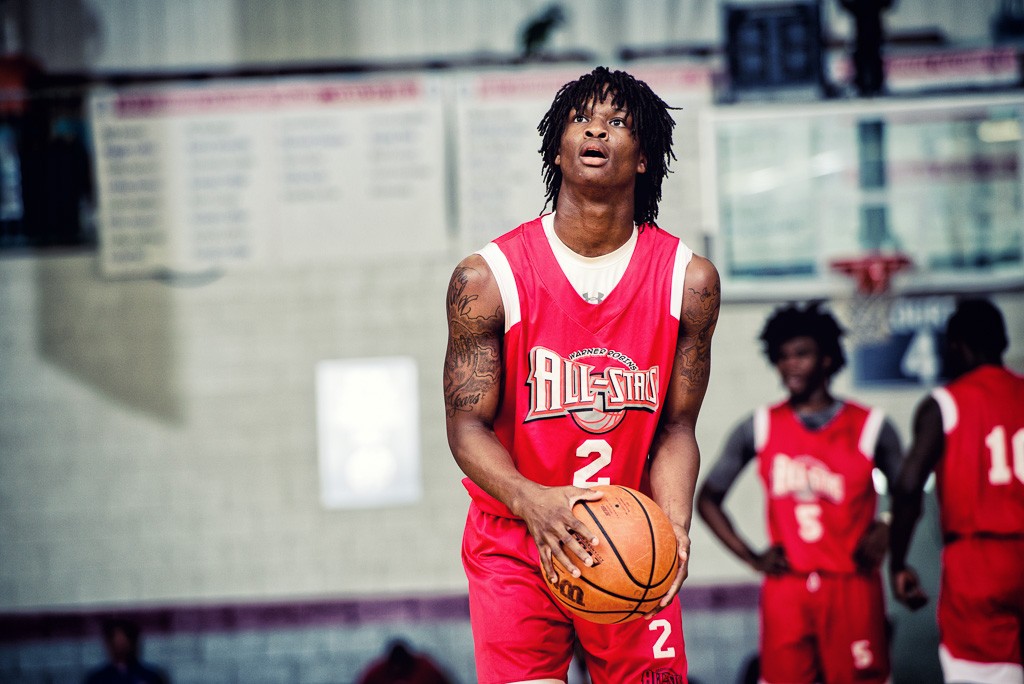 We continue our look at the top performers from the 2017 HoopSeen Atlanta Jam. There were a number of players at the 17 and under level that stood out in front of the college coaches that were in attendance.

TJ Boykin, Smyrna Stars, 2018, F - This was the best I’ve seen from the Decatur (GA) Columbia forward play. Every game he seemed to get better and better. The 6-foot-7 point forward was one of the most difficult players to defend because of his versatility and length. Boykin averaged 15.6 points a game over the course of five games and seemed to get more comfortable each game out. There were times he played like a high ceiling high major guy. There were other times he looked like a terrific low-major guy. There were other times he played the part of a quality mid-level role player. Any which way you look at it, Boykin was very good over the weekend. So good, in fact, we’re considering raising him in our 2018 rankings in Georgia. - Justin Young

Chris Clayton, 2018 SF, Tennessee Bobcats - Clayton brings an old man’s feel to the game when he steps on the floor. The 6-foot-6 forward is extremely skilled and does a little bit of everything on both ends. Clayton showed the ability to score from all 3 levels with his textbook shot technique, as well as the toughness and grit to battle against bigs in the paint. It’s easy to see why nearly 30 schools are showing strong interest in the sturdy forward. Clayton isn’t flashy by any means, but he consistently gets the job done. He was one of the prime reasons why the Tennessee Bobcats captured the 17U Grey championship. - Garrett Tucker

Cameron Holden, Team Georgia Magic, 2018, SG - Team Georgia Magic fell in the 17U White Championship, but they could have never advanced that far without the play of Cam Holden. The 6-foot-5 wing put up big scoring numbers throughout the tournament by using a variety of moves and tactics en route to averaging 24 points per game. Holden hit the offensive glass exceptionally well this weekend and punished smaller guards by converting put-backs. When Holden gets going, so does his swagger and trash talk. Mercer and South Alabama were on hand to see him at Atlanta Jam. – Kyle Sandy

KJ Jenkins, 2018 PG, AC Georgia - You’ll be hard-pressed to find a more consistent shot-maker from the weekend than Jenkins. The 6-foot point guard consistently hit shots throughout the weekend, a narrative that we have documented a ton over the past year or so. No matter the situation or environment, Jenkins produces with points from behind the arc. However, he isn’t too shabby as a point guard, either. Jenkins also proved himself to be a solid floor general, controlling the game and making good decisions throughout the weekend. - Garrett Tucker

Jacolbey Owens, 2018 PG, Warner Robbins All-Stars (pictured above): There were a handful of high-major programs in Friday night to see 2018 wing Nelson Phillips, among other players. However, one high-major assistant (and plenty more) was impressed with the play of Owens, a scrappy 6-foot-1 point guard from Warner Robbins. “Low to mid-major programs would be crazy not to give a hard look at this kid,” the coach said. By the end of the weekend, plenty of programs were closely watching Owens. Owens was one of the most aggressive rim-attackers in the event. HE constantly kept the defense on its toes with his ability to get downhill and make plays. Troy, Georgia State, Jacksonville, USC Upstate, and a handful of other programs closely watched him at the #ATLJam. - Garrett Tucker