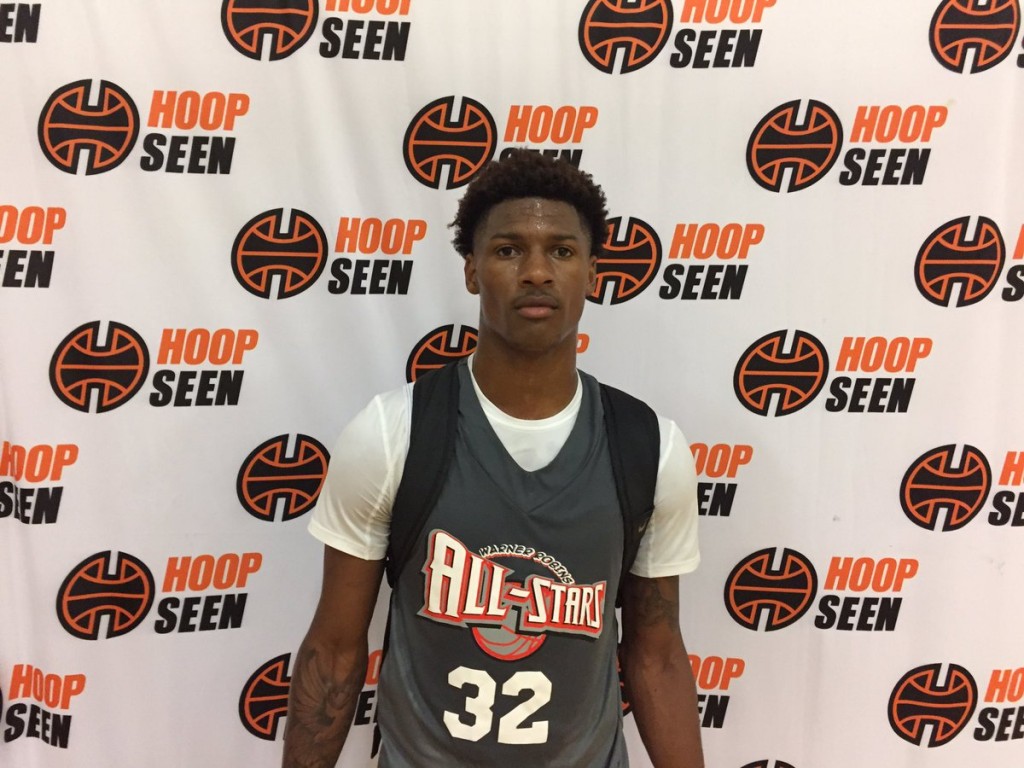 15U Atlanta Select College Bound held off the Warner Robins All-Stars 56-49 behind a four-man scoring attack. Caleb Jenkins (Greenforest) tossed in 13 points from the wing while 6-foot-3 post Seth Cushenberry (Brookwood) collected 13 points, 7 rebounds and 2 steals. Guards Michael Whitmore (Woodward Academy) and Derrick Brown (Parkview) came up with big plays while controlling the flow of the game. Whitmore finished with 12 points, 6 rebounds, 5 assists and 2 steals, filling up the statsheet while Brown did the same, going for 12 points (6-6 FT), 3 rebounds, 1 assist, 2 steals and 2 blocks.  In the loss, Horace Johnson posted 15 points and 12 rebounds.

A night after finding two gems from Central-Talbotton with the 17U team, I ventured out to catch the 16U version of the Middle Georgia Raptors and of course, they did not disappoint, boasting a handful of intriguing Class A-Public guards. Macon County High School’s Lakeviyon Walker and Makevion Bonner led the Raptors to a blowout victory. Walker, 6-foot freshman combo guard, netted 22 points and buried five three-pointers in the process. Walker played cornerback and linebacker on the Bulldogs’ state championship winning football team this year and brings a physical and athletic presence to the Raptor backcourt. Bonner, a 6-foot-4 lanky wing, had six points and a monstrous slam. The 2019 youngster is far from a finished product but has interesting intangibles. Macon County fell in the Final Four this season and should remain a major player in Georgia’s lowest classification with nearly everyone returning for the 2017-18 season.

One for the Ages

The homegrown 17U Warner Robins All-Stars, essentially the Warner Robins High School varsity team, stunned Atlanta Xpress UAA, 75-71. In a nip and tuck game which the largest lead was six in favor of Warner Robins, it was 2018 SG Nelson Phillips (pictured) who carried his team to victory. The 6-foot-5 four-star talent made every play down the stretch and never backed down from consensus five-star point-forward Khavon Moore, who posted 21 points, 7 rebounds, 6 assists, 4 steals and 3 blocks.

Down 71-68 with 1:24 left, Phillips swung the momentum back into the All-Stars’ favor for good, coming away with a vicious one-handed And-1 jam over a 6-foot-8 defender, the dunk of the tournament, sending the crowd into a frenzy.  Phillips would go onto ice the game at the line with two late free throws as he finished 8-of-8 from the stripe. In total, Phillips would end his night with a heroic 28 points (19 in second half), 5 rebounds, 2 assists and 3 steals.

Aside from Moore, Isaiah Kelly gave Warner Robins issues in the first half scoring 13 of his 17 in the 16-minute span. Kelly also grabbed 8 rebounds. Warner Robins received major contributions from Jaydon Norman and Jacolbey Owens. Norman, a 6-foot-5 forward, scored 12 of his 14 points in the first half and added 7 rebounds and 3 assists. Owens’ speed and athleticism led to 11 points and 3 assists. He along with Jalen Dawson handled the Atlanta Xpress pressure well, Dawson steady with the ball and consistently being in the right place at the right time, picking up 3 assists on the game. Jam’l Dillard battled with the likes of 6-foot-11 Michael Durr and 6-foot-9 George Maslennikov, tallying 8 points and 5 rebounds.

In the loss, Jeremiah Saunders shot exceptionally well, nailing three threes and finishing with 11 points before a late cramp sidelined him. Trevin Wade of South Cobb High School crafted his way to 10 points.