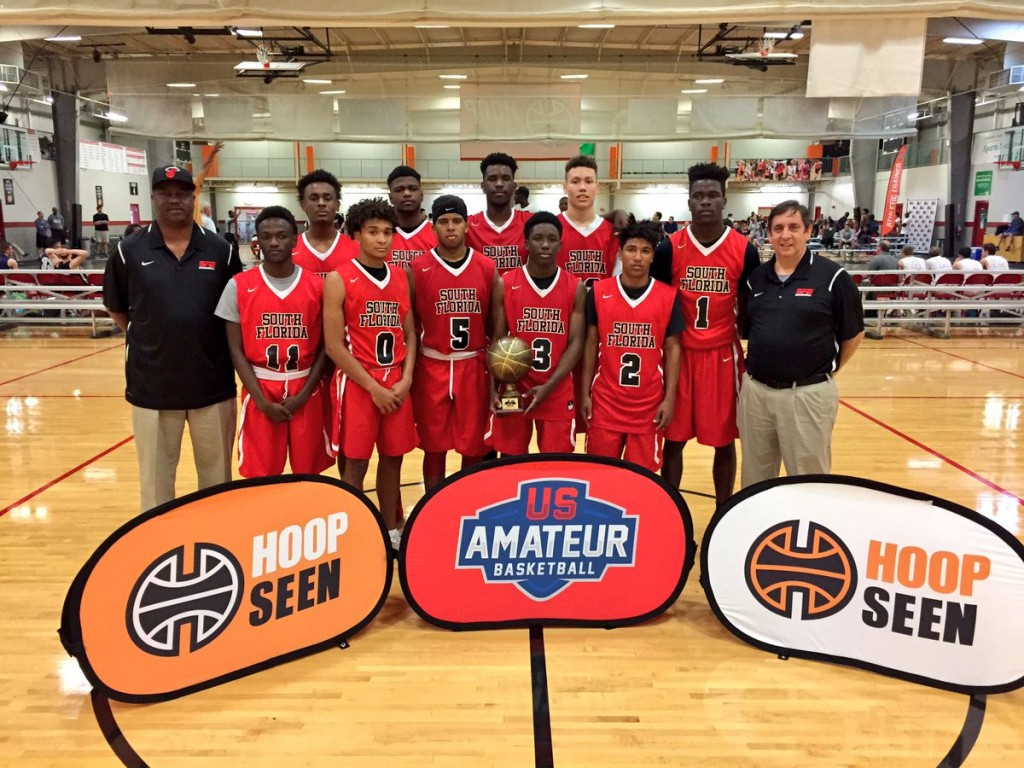 17U Black Championship: SOH Elite 68, O-Town Wolves 46
Jamir Moore’s sharp shooting led SOH Elite to a mercy rule shortened victory over the O-Town Wolves. Moore poured in 25 points, nailing five threes in the process. Yanior Berrios added 12 points. The Wolves trailed 35-20 at the half even after Zachary Morales’ 12 points. SOH clamped down on Morales in the second half and held him to 16 points on the game.

17U Gold Championship: Team Penny 63, AC Georgia 56
Team Penny and AC Georgia were the two best teams in our 17U division at the Atlanta Jam so it was fitting they met each other for the Gold bracket championship on Sunday afternoon. And it was even more fitting the game was competitive and back-and-forth from tip to final buzzer.

Team Penny’s guard play won out as the Memphis-area squad brought home the title 63-56. Nik Merriweather dripped four three-pointers en route to 14 points. Kevion Hancock also had a great weekend, scoring 15 points in the title game. He was one of the leading scorers at the Atlanta Jam.

Tekorian Smith pumped in 12 points, capping off his stellar weekend of action. Radarious Washington scored 10 points and was as versatile as they came for Team Penny. He was good on the glass and as a passer. AC Georgia finished their strong weekend on the biggest stage of the tournament. Guard KJ Jenkins, an easy All-Tournament selection, scored 15 points and continued to shoot well from the wing.

Chris Parks was the X-factor for AC Georgia this weekend. The Collins Hill big man scored 11 points and rebounded quite well. Kalu Ezipke finished with nine points and roughly a dozen rebounds. Phil Cirillo had eight points and played well in the backcourt.

17U Orange Championship: Pro One Select White 55, EAB Select 52
2018 Madison Academy (AL) guard Calvin Walker hit some big shots for Pro One Select White throughout the weekend, but none were more impressive than his buzzer-beater 3 to clinch a 55-52 overtime victory over the EAB Tigers in the 17U orange championship game Sunday afternoon.

With 4.8 seconds remaining in the game, Pro One was able to jet down the floor and get Walker, a recent Alabama-Huntsville commit, an open shot in the corner. Falling out of bounds, the lefty converted his second game-winner of the weekend.Walker finished the game with nine points. Khaliq Green led the way with 12 points, along with 10 points and double-digit blocks from 6-foot-8 big man Kendall Cotner. Riley Wolgamott also sparked the team throughout the game. Warren Zager led EAB with 10 points in the tough loss. J.C. Clausi added nine points and impressed as a 6-foot-4 point guard. - Garrett Tucker