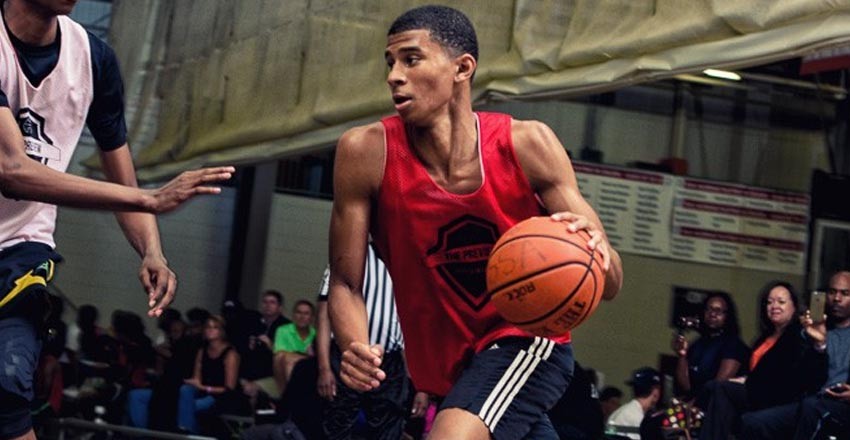 Our annual Senior Showcase was a great stage for some of Georgia’s top available 2017 players. Our staff of coaches and evaluators broke down every player from camp. Today we examine Team 4.
​​​​​​​
Tristan Blackwell, 6-0, PG, Christian Heritage School: A very athletic guard that was great off the bounce. He’s a long defender that will need to continue to work on his shooting.

Justin Cave, 6-2 CG, Islands: Just a tough, junkyard dog type of guard. The Savannah hooper is a willing scorer with a great touch around the rim. He’s wired to score in a variety of ways and plays with an extreme level of toughness. He could be a double digit scorer at the Division II level for multiple years of his playing career.

Charnchai Chantha, 5-11, PG, Riverwood: One of the smartest players in the camp and a great floor general. He’s a good shooter that knows when to pull up for his own shot. A pass first point guard seems to be a dying breed but Chantha shines in that setting.

Cameron Crowe, 6-6, PF, Woodstock: A stretch four man who is more athletic than you think he is. He was active and energetic and open to coaching throughout the camp.

JJ Edwards, 6-0, CG, Etowah: Edwards is an above average defender and an effective rebounder for his size and position. As he improves his motor, he should see an uptick in his offensive game, too.

Isaiah Foster, 6-0, PG, Chattooga: Undersized but super quick and a great floor general and a great ball-handler. You can make an argument that he was the best ball-handler in the camp. Foster was a great protector of the ball and a terrific end to end guard. He can help a non Division I school in the backcourt.

Cameron Gaines, 6-6, F, Rockdale County (pictured above): One of the highest ceiling players in the camp. He just kept getting better throughout the day. Going into college, his ceiling remains awfully high and there is a lot to work with for college coaches. He’s long, active and athletic. Gaines can shoot it as a pick and pop guy but might just be at his best as a block to block four man. That said, he was one of the best prospects in the camp.

LaTrell Tate, 6-0, G, Osborne: He took tough shots and made tough shots. A microwave scorer, Tate could knock down the open shot from the wing. He’s a fast guard and did a nice job of playing in transition.

D’Onte Torrance, 6-2, SF, South Gwinnett: Torrance was at his best when he was defending and being disruptive to the opposition.

Aloysius Ufere, Jr., 6-0, CG, Stephenson: Very coachable and selfless in the camp setting, Ufere blended into the action throughout the day. He was attentive to the coaching.

One player from team 4 - Brysen Lee - was voted as members of our Super Six team. To see what we wrote him about click HERE.