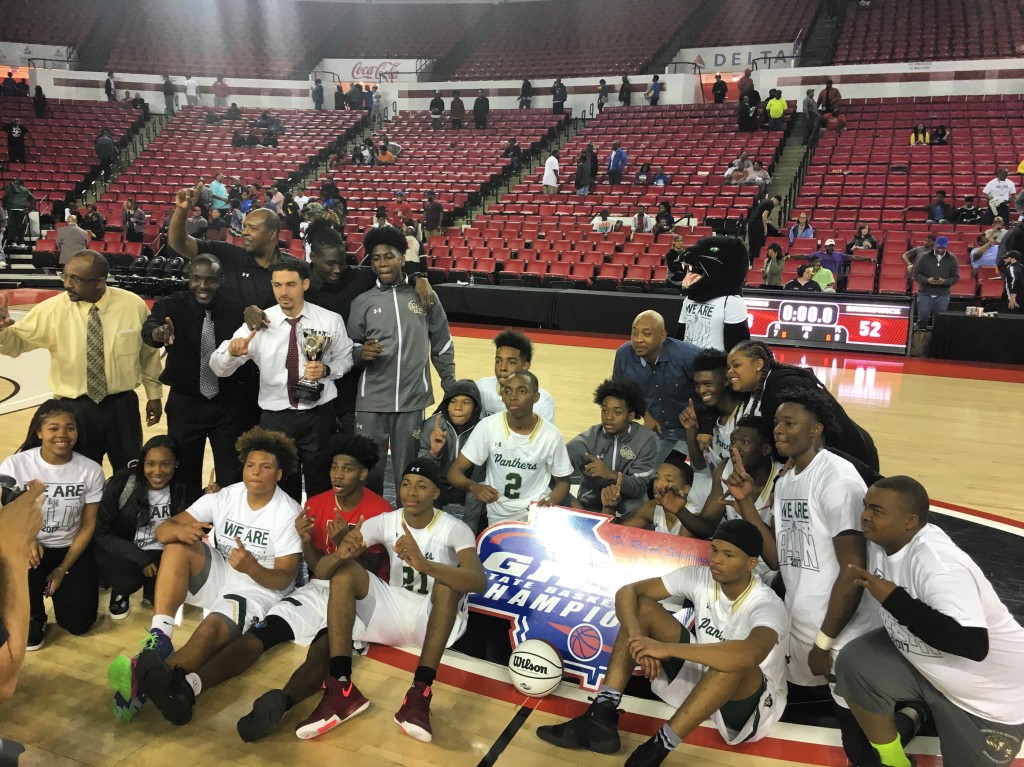 ATHENS, GA -- As the hectic commotion of a postgame celebration ensued after Langston Hughes beat Brunswick 73-52 to claim the AAAAAA Georgia state championship, head coach Rory Welsh put the crowd of celebrators and photographers on hold.

“Where are the managers?” he yelled, looking towards the Langston Hughes bench for a quartet of teenage girls who were dutifully picking up the team’s equipment.

“Get over here!” Welsh demanded.

The girls finally sprinted around the bench and joined the celebration of the school’s first ever state championship. 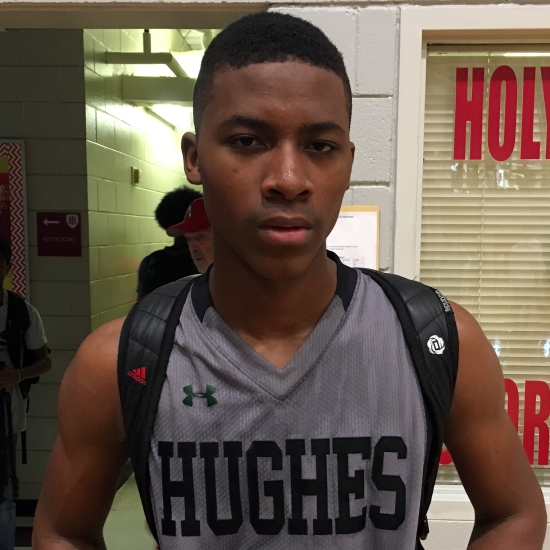 In a nutshell, that’s how the Panthers built a championship program. Not by pieces, but by the people. Lot’s of them. And no one was bigger or more important than the other. The managers mattered, too.

“This isn’t just for the basketball program. This is for every sports program at the school,” Welsh said. “We are a family environment. This is for South Fulton. This is about the teachers, the administrators, the faculty, the custodial staff, our para pros, our athletic department and everyone in South Fulton County.”

This Langston Hughes program grew into a formidable power in Fairburn. The team has watched great players transfer out, long time starters leave the team late in a season and new faces join the starting lineup to help even things out.

Getting to that picture on a loud Thursday night in Athens was a journey, no doubt. The team was 11-14 last season.

Junior Landers Nolley had a lot to do with it. The 6-foot-6 high-major prospect moved back to Atlanta after one season in Chicago, where he helped Curie win a state title last year.

“It’s just amazing. I got one last year and it was a first for the school. And this one is the first this year. I’ve just been giving out firsts,” Nolley said with a laugh.

He gave out brilliance on Thursday  night. After going 2-7 in the first half, he didn’t miss a shot in the second half and finished with 25 points in the win.

“He does that sometimes,” Welsh said with a big smile.

“It started with him at the top of the defense. He stopped reaching. He started playing with better positioning and better angles. He started cutting off angles. Offensively, he got him the ball in his sweet spot and then he made it count.”

Derrick Cook, a three-year starter for the Panthers, has been with this team through the good and bad. He scored 19 points, grabbed seven rebounds and had four assists in the victory.

They beat a good Brunswick team on Thursday and take a trophy home with them to South Fulton.

Langston Hughes had 14 big points from senior Richard Matthews in the win while senior forward Ahmid Bryant scored eight and had seven rebounds.

Brunswick was led by Marcus Scott, who scored 14 points and hit four three-pointers. Dereck Lampkin and Kyami Dunham each scored 10.