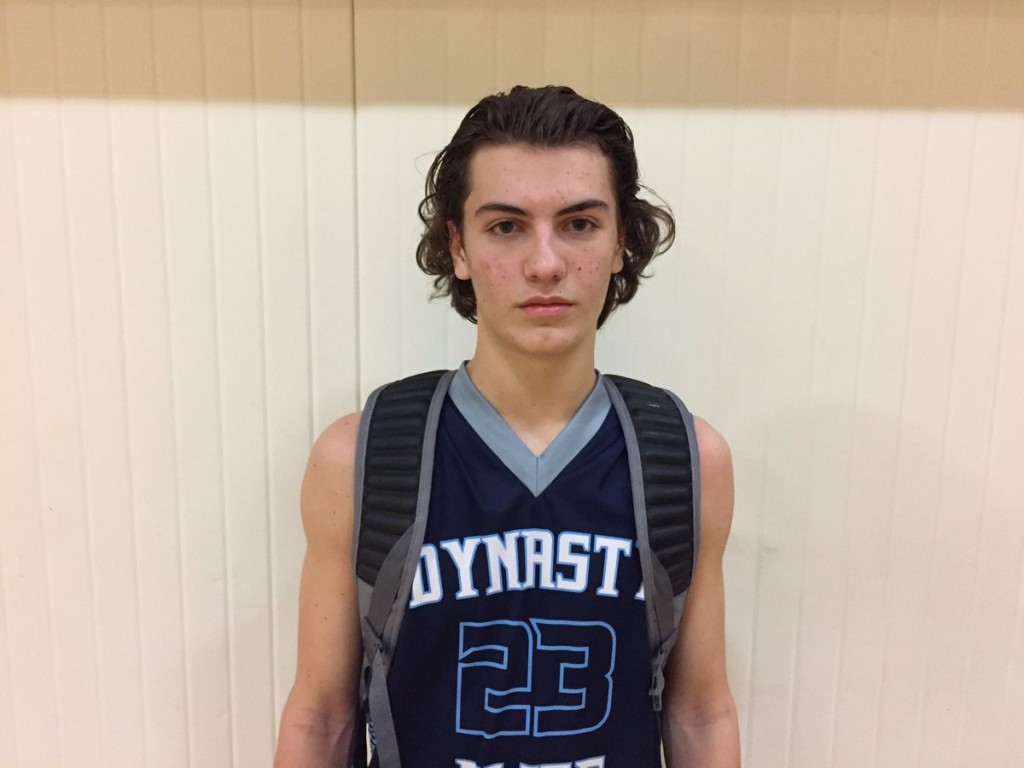 The GHSA basketball came and went in a blink of an eye. Now it is time to put in the countless hours which hopefully will come to fruition once the school season rolls back around. The Georgia Cup tipped off on St. Patrick’s Day at Suwanee Sports Academy with plenty of pots of gold to discover in our first day back on the circuit.

Two of the most consistent programs in the state over the past few years have been Lambert High School and St. Pius X High School. In an age where trading teams has been all the rage, the two schools have instead put in place strong pipeline programs which have developed players since their youth. In the 12U division MTXE (St. Pius) and Triple Double (Lambert) locked horns with Lambert head coach Scott Bracco and St. Pius assistant Will Cloyd manning the sidelines.

After leading 23-17 at the half, Triple Double pulled away winning 51-38. The trademark of a Scott Bracco coached team has always been balance, and even at the younger levels, his 2023 group shared the ball. AJ McIlwain, younger brother of current Lambert junior Jordan McIlwain, paced the attack with 13 points from his guard position. Jack Thomas added 11 points and Keenan Gagen tossed in 10. Though he didn’t have a huge game scoring the ball (6 points), Cooper Milford did a little bit of everything else. The versatile forward rebounded well and ignited multiple fast breaks off the glass. In the loss, Liam Whitlark looked good for MTXE, posting 15 points and thriving in the open court. Big man Ethan Harmon scored 10 points.

Theo Ratliff’s 11U Atlanta Celtics scored a 49-29 win over the Walton Flame. The 16-year pro saw sons Darius and Adonis control the paint. Darius finished with 9 points and 3 blocks while Adonis came off the bench and added 6 points and a block, showing a nifty euro-step move when getting to the basket. Mataj Glover keyed the Celtics’ pressure up top coming away with 8 points and 5 steals. Blake Haynes scored 8 points and Zachary Foster added 6 points, 8 rebounds and 3 steals as the Celtics collected 23 takeaways on the night.

Vonte Newell played well for the Flame. The speedy quick point guard had electric handles and advanced court vision. He netted 10 points in the loss.

Joseph Staiti (West Forsyth) and Darius Gaddy (Wheeler) helped their respective 15U teams to victory. Staiti, pictured above, the younger brother of current Maryland post player Jenna Staiti, went for 20 points in Dynasty Elite’s 62-42 victory. Staiti, 6-foot-2, stroked from beyond the arc and also finished with both hands around the rim. Gaddy, a thick 6-foot-6 center, scored 10 points in Team Rival’s 57-34 win. The lefty showed a soft touch around the basket, using a baby hook while also throwing his weight around on the low block and cleaning the glass.